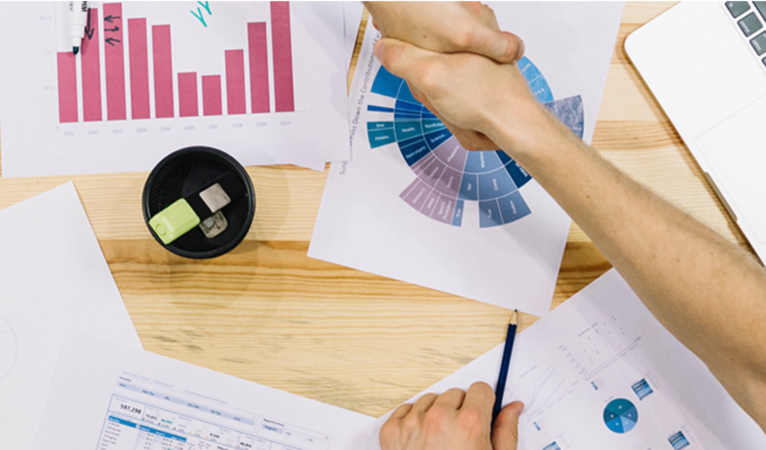 Top official says more than 470,000 new workers will be needed in the next five years to work in 10 key Eastern Economic Corridor industries, "so we must speedily produce such manpower and reduce losses from outdated teaching methods that no longer cater to the industries’ demands".

The Eastern Economic Corridor (EEC) is applying the “Demand Driven” concept to propel manpower production to support the critical needs of industries in the area while laying emphasis on “Vocational Education 4.0”.

Education Council secretary-general Supat Champathong said the promotion of “Kru Nae Naew” teachers’ roles and the addition of a competency-based assessment in a bid to boost education management for employment have met with success in four regions.

Citing that the Demand Driven concept was believed to respond well to challenges regarding manpower demands in various sectors, adviser to the EEC Secretary’s Office Apichart Thongyu, in his capacity as president of the EEC-Human Development Centre (HDC) Working Group, explained they first studied and surveyed demands by target industries to make a prediction about manpower requirements in each industrial field while keeping in mind the investment value of each sector. “Then we proceeded to apply the Demand Driven concept to adjust education programmes and have the sectors participate in education management and scholarships for students,” he said, noting the industries were motivated by state-provided incentives for their support for education.

This EEC model is in the process of becoming a strategy and action plan to gain cooperation from educational institutes of all levels, including basic, vocational and higher education, Apichart said.

The comments were made during a trip late last month to gather inputs from educational institutes’ executives and business operators in Chon Buri for developing policy and action plans under the Plan for Manpower Development Education on Life Stages for Employment (2020-2027) while also checking on the progress of the EEC Model Education System.

Apichart admitted the EEC suffers a shortage of manpower in terms of quantity and quality. “In terms of quantity, we need more than 470,000 people in the next five years to work in the target industries, so we must speedily produce such manpower and reduce losses from outdated teaching methods that no longer cater to the industries’ demands. We have to quickly elevate the standard of education for human resource development, which would require the application of various standards in each field to develop appropriate and up-to-date study programmes and gain the help of related institutes and experts. There is also the need to boost personnel’s professional standards in all related occupations,” he noted.

Such an education overhaul in practice to respond positively to EEC manpower demands requires cooperation from educational institutes in the area, Apichart pointed out. This new direction would combine education with the modern manufacturing system to create an employment guarantee for students and provide effective manpower to industries as per their precise needs.

The Demand Driven concept aims to proactively, precisely and urgently cater to manpower demands in 10 target industries – affluent, medical and wellness tourism; digital; medical hub; next generation automotive; logistics; robotics; smart electronics; marine; rail transit; and aviation-aerospace – which will form the country’s new economy base, he said. Apichart also urged the education sector to change according to outside factors, and pay attention to beliefs and values that place skills before degrees or the admission that we are completely in a world of disruptive technology, hence people or organisations that fail to adjust would be most likely affected and succumb.

Manpower demand in the 10 target industries and the EEC basic structure showed that 475,668 job positions for skilled workers would be needed during the five years from 2019-2023. Among these positions, 53.2 per cent would be vocational education-level workers and 46.8 per cent higher education-level workers, while the sectors with the most job demands would be digital, logistics and smart electronics.

As for the EEC Model Education System, three adjustments were recommended:

1. Adjustment of basic infrastructure for education and human resource development in the EEC to be in line with the ever-changing world. This includes making study programmes to be of a modular system which allows student to accumulate credits without having to constantly attend one course after another.

2. Adjustment to boost coordination and cooperation between educational institutes and industries, which has seen 848 schools, 12 vocational colleges and nine universities in the EEC joining the programme.

3. Adjustment of students’ quality and standards to meet the true demands of each industry.

There were two types of cooperation:

Firstly, cooperation in which educational institutes signed memorandums of understanding or agreements (with a clear indication of the manpower required in each field) to work with the industry to develop study programmes and select students whose tuitions would be fully funded and who would be recruited to work right after graduation.

Secondly, cooperation in which the industry would provide vocational internship but without a guarantee of job recruitment. In this way, educational institutes can negotiate for the establishments to recruit 50 per cent of graduates who have undergone internship.

The structural adjustment of the EEC Model Education System has progressed by 70-80 per cent. In 2021, there would be 15,000 graduates of the Vocational Education 3.0 transitional batch – not Vocational Education 4.0 – while some 30,000 would complete academic year 2020, having taken short vocational courses for upskilling, reskilling and new skills to cater to the industries which have paid 50 per cent of the tuition fees, with the remaining covered by the government.

Siwa Hongnapa, an expert with the EEC-HDC Working Group, said vocational education management should be carried out in both ways according to the conventional Vocational Education 2.0 and the modernised Vocational Education 4.0, as the former is still necessary and should be used by community colleges and polytechnic colleges.

Vocational Education 4.0, which elevates the curriculum and courses to cater to business operators’ demands, should see technical colleges teaching construction to students, not by having them construct buildings with their own hands but by using machines to construct buildings in order to tackle the labour shortage, which has led to Thailand allowing in workers from neighbouring countries. The teaching of mechanics must also be of an advance level, which includes the use of robotics, Siwa said.

Conventional education management wouldn’t need to be fixed in 3-5 years but depends on how much knowledge and what skills business operators need and how much they would pay such workers; it also depends on what level students want to work at.

With the EEC-HDC introducing a credit bank system, students don’t need to study constantly until they complete the three or five years or until they obtain a degree in order to get jobs. They can study until a certain level that meets employer’s needs and then go into the workforce first because they can keep the study credits they accumulated and hence can later continue with their education when they want to.

In this way, these students will obtain a degree when they want and Thailand will be out of the trap of education degrees, which have kept many unemployed or unable to get jobs pertaining to their line of study, he said. It also showed that certificates based on skills were more important than diplomas or degrees. Vocational students would get higher pay as many jobs in World 4.0 require no degrees and they would be able to continue their studies thanks to the credit bank system, he added.

Supat Champathong, secretary-general of the Office of the Educational Council, said he would use inputs and recommendations from business operators to adjust the Plan for Manpower Development Education on Life Stages for Employment.

Supat said officials had gathered a lot of recommendations from three previous meetings – in Udon Thani, Chiang Mai and Songkhla, respectively – for drafting of the plan, before the fourth meeting was held in Chon Buri.

The four regions seemed to be on the same page regarding the need to promote Kru Nae Naew teachers’ roles in helping students discover aptitudes, career paths and necessary information. Kru Nae Naew teachers have a crucial task in identifying students’ aptitude and career desires so they would know what skills are needed to be added, Supat noted.

As many provinces agreed that there must be more assessment methods to promote youths’ potential, the council was finding appropriate methods, he said.

Another issue raised in Chon Buri was the inequality regarding school per-head subsidy rates between small schools and their bigger counterparts, especially the specialised ones, Supat said, adding that a small-school student may get Bt3,000 per year while his peer at a specialised science school could get as high as Bt80,000. So, the council has promised to look into this matter, as well as the promotion of education management equality for those with disabilities in a bid to ensure fair access to vocational development and employment, he said.

Pattaya Redemptorist Technological College for People with Disabilities deputy director Narong Rattanasopa meanwhile urged the Education Council to implement a policy on education management for people with disabilities too, so they can work at various establishments.

“The colleges actually cannot produce enough manpower to meet business establishments’ demands because teaching people with disabilities requires specially trained teachers and materials, which come with a high investment,” he said, calling for the promotion of some 500,000 people with disabilities, who aren’t already in the education system, to be given vocational training so they could have jobs.

A high demand for workers with disabilities was confirmed by an executive of a motorcycle manufacturing company, who said his firm wanted to hire some workers with disabilities to do certain functions, such as operate forklifts. According to the Empowerment of Persons with Disabilities Act, BE 2550 (2007), an employer or a business establishment owner must hire one worker with a disability for every 100 other workers.

The Eastern Economic Corridor, officially the Eastern Special Development Zone, is a special economic zone of three eastern provinces – Chon Buri, Rayong and Chachoengsao – which collectively occupy an area of 13,266 square kilometres and have an estimated population of nearly three million (as of 2016), which is expected to double by 2037.