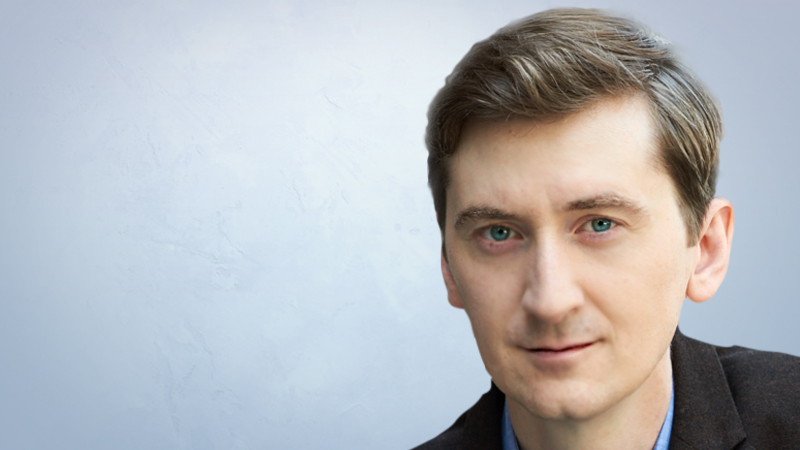 Carter is a senior reporter at HuffPost.

The global economy is headed straight into a recession, as the novel coronavirus pandemic attacks workforces, supply chains and every aspect of commerce. Nothing can stop the economic shock already underway.

The only question is how deep and prolonged the pain will be. And unlike the 2008 crash, a calamity concocted in the laboratories of Wall Street that spread through society, this one comes from the real world; high finance is only one of its many victims.

At such times, policymakers and pundits inevitably turn to John Maynard Keynes, the economist who spent nearly half a century thinking about how to respond to moments like this one. He is best known for his teaching that governments should run budget deficits to tackle recessions: Spend money, even if you have to borrow it, to get the country back on its feet. "We are going to need to get large amounts of money," Nobel laureate economist Joseph Stiglitz recently told CNBC, "to those people who are going to be under enormous stress."

But Keynes wasn't just a prophet of numbers. His insights were much broader, folding psychology, ethics and even military strategy into a unique body of work that, if deployed correctly today, can do more than lift the Dow. For Keynes, economics was not a science of dollars and cents, interest rates and inflation. It was about the way people think and live. Economics is large-scale therapy to calm anxious minds - in other words, exactly what we need today.

Economists historically have assumed that human beings are rational individuals bent on maximizing their own profits. Keynes instead based his work on imperfect people navigating life's uncertainties. It's impossible to make a simple decision about what's best if you don't know what the future will bring. You can't calculate your personal advantage when you can't see past the horizon.

Keynes was shocked by the outbreak of World War I. Investors had not planned for a sudden, monumental change in global commerce. War abruptly turned trading partners into armed enemies. It upended turn-of-the-century trends toward globalization, rupturing free trade between independent nations in much the same way the coronavirus now threatens to disrupt 21st-century globalization. Just as businesses then didn't know who would win the war, investors today don't know what workforces and supply chains will be destroyed, which will recover, or when.

Keynes soon recognized that life was littered with such surprises. No matter how detailed a company's financial statements and regulatory filings might be, they could not provide the most important information about profitability - they could not predict what they did not expect. Over the course of the 1920s and 1930s, Keynes watched as the British economy failed again and again to recover from the shock of World War I. This should have been impossible. No matter how incompetent or corrupt the government might be, at some point markets should restore a prosperous equilibrium of full employment and shared prosperity. They did not. More than 1 million British men remained out of work for more than a decade, eventually escalating to more than 3 million in the early 1930s.

As he wrote in his magnum opus, "The General Theory of Employment, Interest and Money," it was "animal spirits" and "a spontaneous urge to action" that inspired economic decisions - not a clear-eyed calculation of future profits. Financial markets were uniquely unsuited to deal with uncertainty. Sudden events that changed the outlook, such as a war or a pandemic, made it impossible to know where money could be made. And the markets were not divining the true value of anything by a morass of confused bids and sales based on business leaders' best guesses. Ill-informed decisions just amplified the chaos.

Political leadership alone could lead a society out of a crisis like the coronavirus crash. The key was not simply lowering tax rates or increasing purchasing power, but convincing the public that eventually things would, in fact, be all right. Markets could not function until political leaders revived confidence. When Franklin D. Roosevelt broke with the gold standard and embarked on the New Deal, Keynes hailed the new president's decision as "the only possible means by which . . . confidence in a monetary economy restored."

Cheerleading by itself, however, could not work. Herbert Hoover spent many of the early years of the Great Depression telling the world that prosperity was just around the corner, but few believed him, because they could not feel the impact of his words in their pocketbooks. When Roosevelt declared that "the only thing we have to fear is fear itself," the message resonated, because Roosevelt was busy restructuring the American financial system. Rhetoric had to be matched with action. That, presumably, is what the Fed had in mind with its recent interest rate cuts and pledges to support the credit markets - and what the Trump administration hoped to telegraph with its request for $1 trillion in congressional spending to combat the economic effects of the virus.

For Keynes, action meant bolstering the confidence not only of investors but of ordinary people. He advocated direct aid to working families and called for the government to create thousands of new jobs on public-works projects. These were intended to increase gross domestic product, yes, but also to make people believe in the prospect of better times ahead. In the 1940s, he even worked as the financial architect for the plan to socialize British medicine into the National Health Service. For Keynes, this was partly a question of general welfare - but it was also about making markets work. If ordinary people didn't have to worry about their health care disappearing in a financial crisis, the crisis itself would be less severe.

In the coronavirus crash, Keynes would advocate immediate, direct financial aid and health-care benefits to working families. He would be gladdened by exhortations from members of Congress from both parties, not to mention the White House, for cash payments from the government to Americans. He would also no doubt endorse government support for corporations. When the interwar economic crisis came to a head in Britain in 1926 with a ruinous general strike, Keynes called for government support of businesses and workers alike - through exchange rate relief and monetary policy, if no other means could be negotiated.

Still, Keynes was skeptical about the ability of the private sector to lift society out of economic doldrums. Government would have to establish a parallel economy of public goods and public services to prove there were things that could be achieved and goals that could be met, even when private industry was too frightened to take the plunge. "There is no reason why we should not feel ourselves free to be bold, to be open, to experiment, to take action, to try the possibilities of things," he wrote in 1929, calling for the British government to invest in a massive new project of road-building, rural electrification, public housing and park construction that foreshadowed much of FDR's New Deal.

Today, the United States is plagued not only by a devastating virus but by decrepit infrastructure, a broken health-care system, and an obvious shortage of medical supplies and capacity for treating the coming calamity. Keynes would envision an almost militarized government response of hospital-building and health-care delivery, including refurbished roads and bridges, sanitized public transport, and all-hands-on-deck training for nurses and health-care providers, accompanied by generous pay to encourage people to sign up for what will no doubt be dangerous work.

This would all be very expensive - trillions of dollars. But Keynes insisted that governments that controlled their own currencies had far more to worry about from a collapse in confidence than a spike in debt. Take care of confidence, and the economic rebound will take care of the debt. "The idea that [a large deficit] represents a desperate risk to cure a moderate evil is the reverse of the truth," Keynes wrote in 1929. "It is a negligible risk to cure a monstrous anomaly": the collapse of the global economy. Over the past 90 years, even conservatives have come to agree with him, at least when they wield power in Washington. From Richard Nixon to Ronald Reagan to George W. Bush to Donald Trump, Republican politicians have run up massive deficits in the name of economic growth - and they have done so without causing a collapse in confidence or a financial crisis.

Over the coming weeks, economists and politicians will put forward dozens of plans to boost output, salvage struggling industries and encourage consumer spending. But the most important lesson from Keynesian economics is not about money - it's about belief. What matters now is the collective faith in a better future. There are many avenues to securing this faith, but it can be supplied only by politicians.