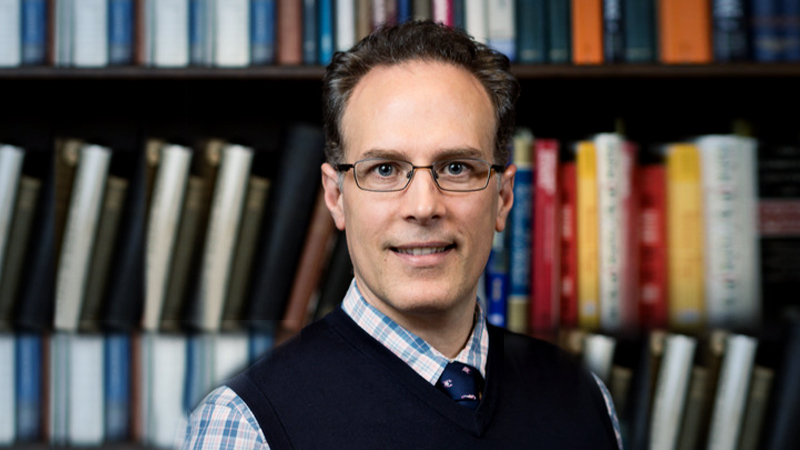 J. Alexander Navarro is a co-editors-in-chief of "The American Influenza Epidemic of 1918: A Digital Encyclopedia " and the assistant director of the Center for the History of Medicine at the University of Michigan.

After weeks of quarantine, school closures and binge-watching movies, Americans are getting restless. In a recent interview on "The View," California Democratic Gov. Gavin Newsom warned that complacency and cabin fever were his biggest concerns, and he urged audiences to "stick with this."

He is right. More than 100 years ago, during the worst contagious crisis in human history (so far), the influenza epidemic of 1918-1919 took 40 million to 100 million lives worldwide and inspired a huge implementation of social distancing measures such as school closures, bans on public gatherings, isolation and quarantine.

But the experience of 1918 also reminds us that early, layered (i.e., more than one at the same time) and lengthy mitigation measures are the best strategy. For social distancing to work, it must be sweeping and enforced across a wide swath of the community. Essential businesses will, of course, need to continue. All other places where people congregate should cease operations for the time being. In 1918, social distancing measures were kept in place for many weeks, if not months, even if people and businesses did not always support them. But the key lesson: This approach worked.

By now, many have read of the comparisons between St. Louis, where a decisive health commissioner reacted with amazing rapidity to implement sweeping public health orders, and Philadelphia, which chose to stay open, even going ahead with plans for a huge parade.

St. Louis was rewarded with one of the best outcomes of any large U.S. city. Philadelphia's fateful decision to carry on with its immense Liberty Loan Parade resulted in a massive spike in influenza cases in the days immediately following. The city endured some of the worst numbers of cases and deaths in the United States as a result.

Philadelphia was hardly alone, however. In Baltimore, the health commissioner dragged his feet when a group of physicians requested that the city ban public gatherings. "We do not consider such drastic steps necessary in view of the extreme low civilian death rate in the city," he told them. More than 4,100 Baltimoreans lost their lives to the epidemic.

In Atlanta, the mayor sided with business interests and reopened the city after just three weeks of closures, over the vocal objections of his Board of Health. When the board predicted that Atlanta's epidemic peak would not occur for another nine days, the mayor dismissed the science, arguing that there was no way to foretell future conditions. The city health officer sided with the mayor, mistakenly declaring that the peak had passed. It had not, and Atlanta's fall wave of the epidemic raged on, unchecked, through the end of 1918. "The influenza situation in Atlanta is up to the people themselves," the Public Safety Committee declared.

Atlanta may be a more extreme example, but its experience was hardly singular. In every city we studied from this era there was public pressure to quit the social distancing measures as soon as the epidemic seemed to peak and then ebb. Thinking that the proverbial coast was clear, many communities lifted social distancing measures before the battle was truly over. After weeks of being denied their usual social outlets, people were eager to return to a life of normalcy, and they did so in one giant rush. In city after city, masses lined up for movie houses and performance theaters, crowds packed into dance halls and cabarets, and throngs flocked to downtown shopping districts, often on the very day that the closure orders were lifted.

The result? Cases and deaths resurged. Most cities closed their schools once again. But the political, economic and social will to issue another round of sweeping business closures and gathering bans had evaporated as people grew weary of the dislocations of social distancing. In some cities, most notably Denver, Kansas City, Milwaukee and even the vaunted St. Louis, this second peak was even deadlier than the first.

Lastly, 1918 teaches us how quickly an unchecked epidemic can overwhelm our health-care infrastructure. Philadelphia had to erect 32 temporary hospitals just to handle its massive number of influenza cases. On a single day in mid-October, 10 trucks were needed to carry the bodies of indigent victims to the city's potter's field. Some of the deceased had to be buried in temporary graves until more permanent plots could be dug.

In Pittsburgh, the epidemic grew so bad that a local sporting club had to donate its tents to use as field hospitals. One San Antonio hospital had to rely on 18 student nurses to tend to hundreds of influenza patients; the 12 regular nurses were all sick with influenza themselves. Nashville's City Hospital was overrun with cases in a single day. These cities, unfortunately, were not alone in their experiences.

Today we have two notable advantages over those in 1918: We know the causative agent of covid-19, and our medical care is far more advanced. In 1918, scientists believed the epidemic was caused by a bacterium, and the influenza virus would not be discovered for another quarter-century. The standard medical treatment for influenza victims in 1918 consisted of little more than propping patients up to prevent them from choking on their sputum. Today, it is only a matter of time before researchers discover pharmaceutical therapies and develop an effective vaccine against the disease. In 2020, physicians have the ability to drive down the fatality rate of this epidemic through the use ventilators and intensive care units - as long as such lifesaving machines are available.

Our health-care system can only do this, however, if we don't allow our already-taxed hospitals, physicians and nurses to be overrun with cases. That means that, until an effective vaccine can be developed and deployed, we must "flatten the curve." This will not be accomplished in a week, or even a month. We must implement and coordinate sweeping non-pharmaceutical interventions on a national level and keep these measures in place as long as necessary. These measures are not perfect. They are slow and plodding. They are socially and economically disruptive. They fracture the routines of our daily lives in myriad ways, large and small. They do not magically end epidemics. But they can save lives.

As we all endure the hardships of the covid-19 pandemic and dislocations of social distancing, we can take heart that together we will save lives. Just as our forebears did a century ago.

And that is the most important lesson of 1918.