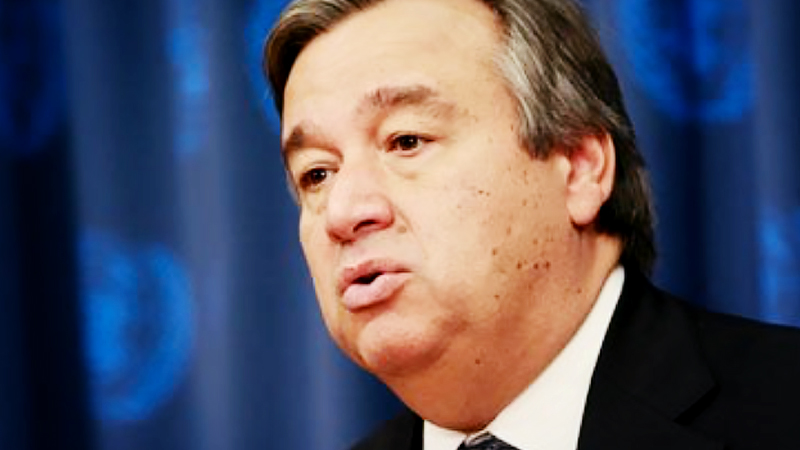 Early signs showed that the Covid-19 virus posed a greater risk to men, particularly older men. However, the pandemic is exposing inequalities of all kinds, and in the long term, its impact on women’s health, rights and freedoms can end up harming us all.

Women are already suffering the deadly impact of lockdown and quarantine. Though these restrictions are essential – the pose an increased risk of violence for women trapped with abusive partners.

Recent weeks have seen an alarming global surge in domestic violence; in United Kingdom alone there was a 700 percent increase in calls for domestic violence. At the same time, support services for women at risk face budget cuts and closures.

This was the background to my recent appeal for peace in homes around the world (www.spotlightinitiative.org). Since then, more than 143 countries have committed to supporting women and girls at risk of violence during the pandemic. Every country can take action by moving services online, expanding domestic violence shelters and designating them as essential, and increasing support to frontline organisations.

The Spotlight Initiative is working with governments in more than 25 countries on these and similar measures, and stands ready to expand its support.

But the threat to women’s rights and freedoms posed by the pandemic goes far beyond physical violence. The deep economic downturn accompanying the outbreak is likely to have a distinctly female face.

The unfair and unequal treatment of working women is one reason why I went into politics. In the late 1960s, as a student volunteer doing social work in poor areas of Lisbon, I saw women in very difficult situations, doing menial jobs and carrying the weight of their extended families. I knew this had to change – and I have seen important change in my lifetime.

But decades later, Covid-19 threatens to bring back these conditions and worse, for many women around the world.

Women are disproportionately represented in poorly paid jobs without benefits, as domestic workers, casual labourers, street vendors, and in small-scale services like hairdressing. The International Labour Organisation (ILO) estimates that nearly 200 million jobs will be lost in the next three months alone – many of them in exactly these sectors.

And just as they are losing their paid employment, many women face a huge increase in care work due to school closures, overwhelmed health systems, and increased needs of older people.

And let’s not forget the girls who have had their education cut short. In some villages in Sierra Leone, school enrolment rates for teenage girls fell from 50 to 34 percent after the Ebola epidemic, with lifelong implications for their wellbeing and that of their communities and societies.

Many men, too, are facing job losses and conflicting demands. But even at the best of times, women do three times as much domestic work as men. That means they are more likely to be called on to look after children if businesses open while schools remain closed, delaying their return to the paid labour force.

Entrenched inequality also means that while women make up 70 percent of healthcare workers, they are vastly outnumbered by men in healthcare management, and comprise just one in every 10 political leaders worldwide – which harms us all. We need women at the table when decisions are taken on this pandemic, to prevent worst-case scenarios like a second spike in infections, labour shortages, and even social unrest.

Women in insecure jobs urgently need basic social protections, from health insurance to paid sick leave, childcare, income protection and unemployment benefits. Looking ahead, measures to stimulate the economy, like cash transfers, credits, loans and bailouts, must be targeted at women – whether they are working full-time in the formal economy, as part-time or seasonal workers in the informal economy, or as entrepreneurs and business owners.

The Covid-19 pandemic has made it clearer than ever that women’s unpaid domestic labour is subsidising both public services and private profits. This work must be included in economic metrics and decision-making. We will all gain from working arrangements that recognise people’s caring responsibilities, and from inclusive economic models that value work in the home.

This pandemic is not only challenging global health systems, but our commitment to equality and human dignity.

With women’s interests and rights front and centre, we can get through this pandemic faster, and build more equal and resilient communities and societies that benefit everyone.

António Guterres is the secretary-general of the United Nations.