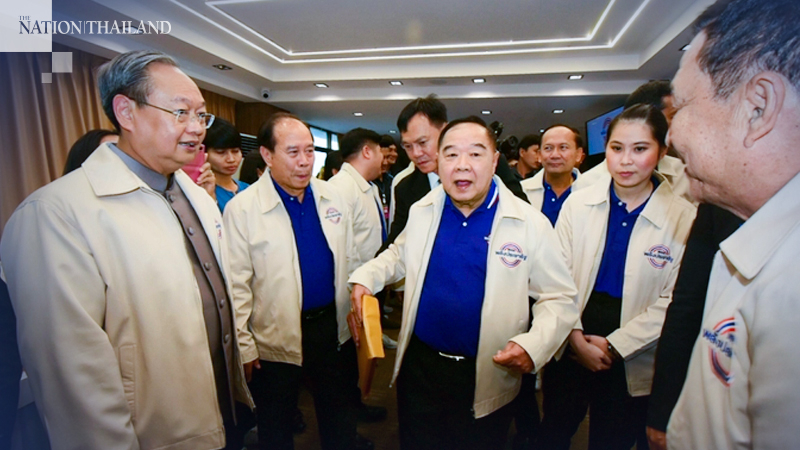 Fresh rumours of a leadership reshuffle in Phalang Pracharat Party, the major partner in General Prayut Chan-o-cha’s government, has been circulating since last month, and it is not the first time this has happened.

The fight to gain control of the party began as early as 2018, when the military team and economic team both sought to call the shots. The turnout showed the victory of the later, supported by the majority’s notion that the party should not be represented by generals which might promote the image of it being a "military party".

Before and after the March 2019 election, supporters of General Prawit Wongsuwan had urged him to take control of the party and invited Prayut to be the leader while Prawit would assume the role of party’s head of strategy. This move aimed to demote the four protégés of Deputy PM and leader of the economic team Somkid Jatusripitak; they include Finance Minister Uttama Savanayana, Energy Minister Sontirat Sontijirawong, Minister of Higher Education, Science, Research and Innovation Suwit Mesinsee, and Kobsak Pootrakool, who is a deputy secretary-general to the Prime Minister for Political Affairs.

However, Prayut declined the proposal as he has more important duties as PM and saw no need to administer the party himself. Eventually Uttama took the party reins while Prawit remained the party’s strategic head.

Fast forward to April: a new row for power in Phalang Pracharat Party started after Prawit’s supporters speculated that the PM might reshuffle the Cabinet soon. This time, if Prawit was voted the party leader those from the military side would have a shot at becoming ministers, while those who already were ministers could be promoted to higher positions or better ministries.

Some supporters, however, warned that Prawit should not promote any supporters or even himself to the Ministry of Interior, as it could spark disagreement with current minister General Anupong Paochinda and worsen the row within the party.

Although Prawit had already denied the likelihood of reshuffle of power within the party, there’s no telling what crisis these supporters will spark in the future. If Prawit wants his political path to be obstacle-free, he should make sure to keep them in check, as the group comprises at least two politicians being investigated by the NACC [Office of the National Anti-Corruption Commission], while some of the rest were involved in party fund embezzlement scandals. A new generation of Phalang Pracharat MPs told the public that they never got the financial support they were promised by these veteran politicians.

(This is a translated version of the “Khon Thai” column that appeared in Krungthep Turakij newspaper on May 7.)