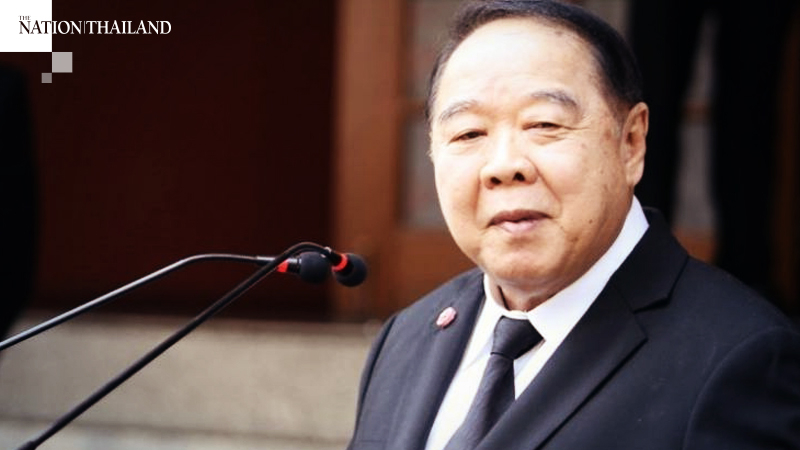 The battle for the positions of Phalang Pracharat Party’s leader and secretary-general appears to be heating up even as the country tackles its worst crisis.

Prime Minister Prayut Chan-o-cha is partly to blame for letting his people to openly fight for power at a time when it is necessary for the government be united in solving problems such as the rising cost of living, slumping economy and education as well as health concerns.

What is even stranger is the fact that anti-junta parties such as Pheu Thai and Move Forward are both keeping quiet instead of slamming the core coalition party for focusing more on the power struggle rather than the public. After all, that’s what they’ve been doing since the coalition government was formed.

It is believed that the two opposition parties are saying nothing now because they are hoping that Deputy PM General Prawit Wongsuwan will finally take the helm of Phalang Pracharat so they can wholeheartedly and loudly declare that the coalition leader is a military party and spark an anti-military mood among the public.

This move can prove to be an important weapon to take down the PM, who also hails from the Army camp.

However, some observers say the two parties have an ulterior motive for supporting Prawit, because he is widely known to have a good rapport with former premier Thaksin Shinawatra, as he served as Army chief under the latter’s government.

If Prawit were to rise to power, the dream of bringing Thaksin back will not be that far-fetched. In fact, some say Prawit may even become the next premier.

If Phalang Pracharat under Prawit were to join Pheu Thai, they would have the majority of votes in Parliament, not to mention the large number of senators who are Prawit supporters.

In case you forgot, Prawit chaired the Senate selection committee back in 2019.

The formula of the coalition government may change drastically after one small move – change of leadership in Phalang Pracharat – which may usher a crucial turn of events in the Thai political landscape.

This is a translated version of the “Khon Thai” column that appeared in Krungthep Turakij newspaper on May 21.