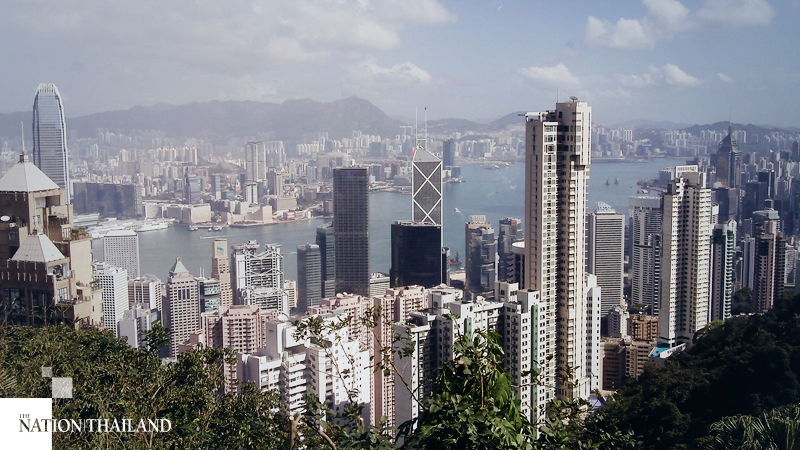 Every crisis brings its disaster as well as opportunity.  If there can be cooperation and compromise, this pandemic is a good time to accept all the past problems and move on to a better future.   But why is it so difficult to achieve political cooperation, compromise or conciliation, using Hong Kong as an example?

Hong Kong’s future as an international financial centre hinges on its political stability.  As Beirut has shown, any descent to violence irreparably destroyed its position as a financial hub and cultural centre for the Middle East.  Even the last British Governor Chris Patten agrees that violence is not a path that can lead to good outcomes.

Despite Hong Kong’s exemplary handling of the COVID-19 outbreak (far better than London or New York), renewed protests and violence mar the temporary fragile lockdown peace.  When even high school students are involved in protests and violent acts, the political poison is too deep to be handled by just police action. Exhortations for cooperation are falling on deaf ears, when both sides condemn each other as irreconcilable enemies.

The obvious way out of this trauma of protest and violence is a healing process.  But how would a peace professional tackle this reconciliation process?

Norwegian Professor Johan Galtung, founder of the Oslo Peace Research Institute, is the doyen of peace and conflict studies.  Resolving conflict transformation by peaceful means recognizes two parties in every conflict – victim and perpetrator; and four possible outcomes, A wins, B loses; B wins A loses; postponement of solutions because both are not ready; and confused compromise in which neither are happy.   This “Cross” has two parties are on the horizontal axis, and peace or conflict on the vertical.  Galtung suggests that to get to a win-win peace solution, a conciliator (or mechanism) needs to be put in place to persuade both sides to expect that peace is the only viable way forward.

Hong Kong’s situation is quite unique because until last year’s violence, most outsiders thought that the non-violent protests were a sign of civility and maturity. Once violence began, there was a rapid escalation in polarization with both protestors and police feeling victimized, accusing each otherof excessive violence.  Even the courts cannot be a neutral party, because the issue is not just one of law and evidence, but ultimately a political and constitutional divide requiring a political solution.

In Galtung terminology, the Hong Kong domestic “cross” nests within the larger Chinese global “cross”, involving China’s complex relationship with the United States.  Just as Hong Kong is the smaller player within the Chinese state, the US is the stronger player in the global game.  Here, both sides portray themselves as victims, but the US is able to inflict punitive tariffs and sanctions on China because of its dominant economic, financial and military power.  Just as the Hong Kong cross cannot have a neutral reconciliator, as China is the sovereign power, the US refuses to recognize any neutral reconciliator such as the WTO trade dispute settlement mechanism.

It is now clear that with the proposal at the ongoing Two Meetings to pass new national security legislation at the national level that would apply to Hong Kong, Beijing has decided not to allow political instability in Hong Kong to affect national security.

As Kishore Mahbubani correctly identifies in his new book onUS-China rivalry, both sides over-estimate their own strengths and under-estimate the other side’s strengths.  If the relationship was purely economic, the issue could rationally discussed and resolved.  But China will not politically accept the US wanting to change China into its own image.  Furthermore, Beijing would not want Hong Kong to be caught in the US-China cross-hairs as becoming a political chess-piece would seriously threaten Hong Kong’s international financial centre status and jobs.   Indeed, if the US proposes to delist Chinese companies listed in the US, Hong Kong’s stock market would get a boost from returning Chinese listings.

Convergence of views requires what Galtung calls reconstruction, resolution and reconciliation.  Material reconstruction to the status quo can be quick, because Hong Kong is a rich city, but human rehabilitation or healing will be tough.  Furthermore, the resolution of underlying issues that create the polarization have to be identified and resolved, such as the housing and income inequalities.  Finally, reconciliation between Hong Kong and the Mainland as well as between USand China would require frank dialogue to identify areas where there can be common ground to build on.

As the blame game over the pandemic shows, verbal attacks against each other gets everyone nowhere.  If we are all responsible stakeholders in global peace and survival, we have to find the right framework for healing and reconciliation.   The post-COVID world will be vastly changed, because many jobs and businesses will be destroyed.  Globalization has weakened, but not necessarily localization.   The pandemic shows that individual freedoms cannot be at the expense of the rest of society.  Just as the pandemic is destroying the old order, the good news is that at the scientific, medical and people levels, there is exemplary cooperation and goodwill.

Every journey towards peace and community begins with an individual’s first step.  No journey is too difficult, nor anycrosses too hard to bear together as a community or society.  A violent road has no good endings.  The pandemic has taught us to accept humility, because it is arrogance that has brought down the old order.  That is the real burden of history – crisis and opportunity are not binary but one.