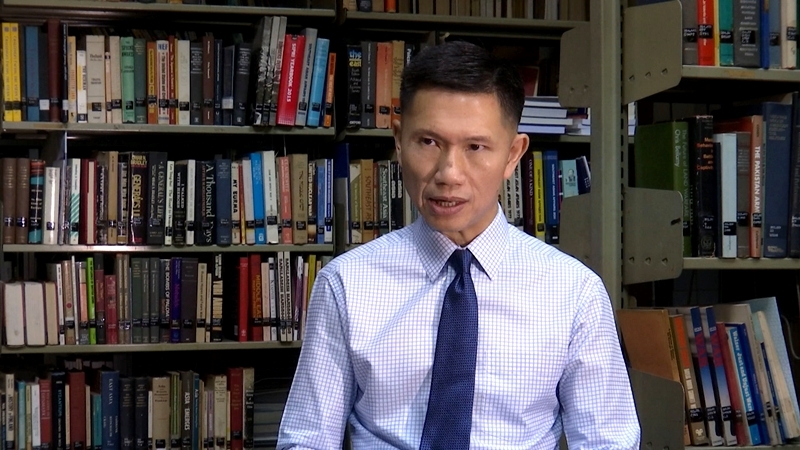 Ongoing protests against racism in the United States could have a ripple effect on Thailand’s foreign policy, pushing the Kingdom further into the orbit of regional superpower China.

So said Thitinan Pongsudhirak, director of Chulalongkorn University’s Institute of Security and International Studies, as he explained the implications for Southeast Asia of the latest political turmoil roiling the presidency of Donald Trump.

“America’s ‘original sin’ is slavery,” said Thitinan, who spent 13 years in the US, which he identified as a multicultural society founded on immigration. Most immigrants came to the country to make better lives for themselves, but Africans arrived as slaves, he noted.

Racism then took root in American society, despite a national ideology that highlights equality and freedom, culminating in a split between the slave-owning South and the liberal North which led to the Civil War 160 years ago.

The North won, slavery was abolished and the country was unified – but racism did not disappear.

The race divide resurfaced during the 1950s and ’60s, when discrimination was so strong that black people could not even use the same toilets as white people.

In the ’60s, the civil rights movement synchronised with protests against the Vietnam War, resulting in the Civil Rights Act, which banned discriminatory practices but could not eradicate centuries-old prejudice that lingered in public institutions and beyond.

“Asian people like us were not treated as badly as black people [in the US],” Thitinan said. The US tried to cure this social disease with education and welfare, but black people continued to face racism, which was especially strong in the South.

The issue has now erupted again, after a white police officer in Minnesota choked a black man named George Floyd to death, and video of the incident sparked outrage and protests throughout the country.

The killing was the latest incident of police brutality against black people that goes back decades, indicating systemic racism based on the stereotype that blacks are more likely to be involved in crime. Protests over the killing of Floyd echo the outrage and rioting in 1992, after black construction worker Rodney King was brutally beaten by white police officers in Los Angeles.

Racism refused to go away even during the tenure of Barack Obama, the country’s first African-American president, and the police appear to have even stronger backing from his successor, Donald Trump.

“Racism is very hard to eliminate, but the best way is to solve it gradually,” said Thitinan. However, the Black Lives Matter protests against the killing of Floyd had become one of the biggest social movements in the country, he added.

Many Americans feel like issues of racism have been suppressed for a long time, but anger was now being fuelled by high unemployment and economic hardship, said Thitinan.

The divisive rhetoric of Donald Trump coupled with the pandemic crisis had added to Americans’ frustrations.

Threats by authorities to use police and military force to resolve the situation had only made things worse and placed a solution even further out of reach.

Nevertheless, American political institutions remain strong and would be able to resolve this story peacefully one way or another, he added.

However, the issue will likely diminish America’s standing as a superpower in the eyes of Southeast Asian people. Meanwhile China, though ruled by a dictatorship, can control its political situation better, the political scientist noted.

The US stock market had been rising steeply before the virus pandemic, but now the superpower is suffering historic levels of disunity and instability, he added.

As a result, Trump is now looking for someone to blame, targeting China and the World Health Organisation most recently in a trend that is likely to continue.

Even though Southeast Asian countries are unhappy with Beijing over its island-building programme in the South China Sea and its dams blocking the flow of Mekong River, Asean leaders might see China as a more trustworthy ally than the US, said Thitinan.

Thailand will lean more and more towards China, helping the regional superpower become even more powerful in Southeast Asia, he added.

He cautioned that the US remains a rich and powerful country, however. So to protect its own interests, Thailand must maintain a balance in its relations between America and China.