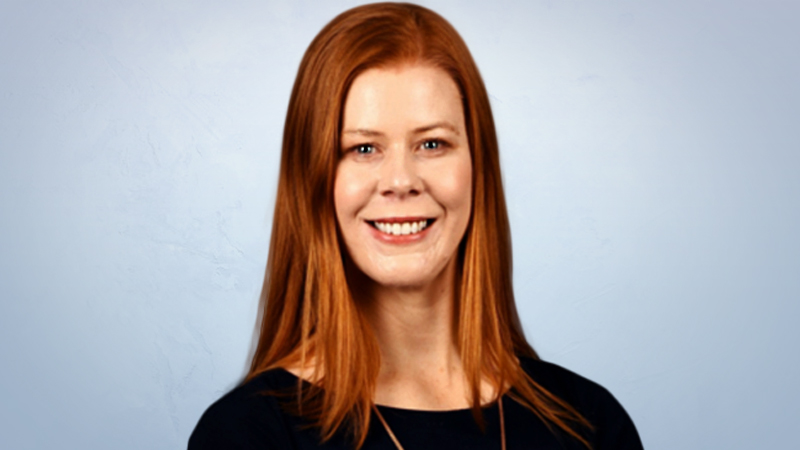 Matt Valeo called 10 different banks this week because he wanted to apply for a Main Street loan for his small tech company.

Valeo's experience illustrates some of the concerns about the Main Street Lending Program, a novel $600 billion loan program the Federal Reserve launched Monday to help small and midsize firms. The much-delayed program appears to be off to a tepid start, with lingering questions over whether there will be enough banks participating to make the loans.

The Fed's Main Street Lending Program is supposed to provide low-cost loans to firms with fewer than 15,000 workers, but it has taken the Fed nearly three months to launch the program and many have criticized it for being too little, too late.

"You'd think after all of this delay, this would launch more smoothly than PPP [the Paycheck Protection Program]. As it turns out, it looks like it's dead on arrival, which is sad," said Valeo, chief executive of Documo, a software company for secure documents.

Both programs play critical roles in the government's vast effort to keep companies afloat and persuade them to retain or even hire back workers during the deepest recession since the Great Depression, a crisis that has taken the jobs of at least 20 million workers. The PPP had a chaotic launch April 3 as banks struggled to get it running and handle the deluge of customers seeking funds, but it ultimately handed out $500 billion. The Fed's Main Street program has only just begun.

To get a Main Street loan, businesses have to apply through a bank, which can then sell 95% of the loan to the Fed, transferring most of the risk to the central bank.

The Fed first announced its intent to create the Main Street Lending Program on March 23. Because this is the first time the Fed has done anything like this, current and former central bank officials say they needed to take time to get the details right.

On Monday, the Fed announced that banks could start registering to participate in the program. On Tuesday, Fed Chair Jerome Powell told a Senate banking panel that there was "substantial interest" from banks in taking part in Main Street loans. But the banking community is less enthusiastic.

"We have limited interest from community banks nationwide," said Paul Merski, executive vice president for the Independent Community Bankers of America. "It's a very challenging and complex program."

Some of the biggest banks in the United States - JPMorgan Chase, Bank of America and Wells Fargo - told The Washington Post that they plan to participate, but they have yet to update their websites for the program. Wells Fargo's website still says the bank is "encouraged by the intent of the program." JPMorgan's website direct's customers to the Fed's website. Bank of America doesn't mention the Main Street program on its small-business-lending page.

Federal Reserve officials say it's too early to suggest that the program is in trouble. They say it takes a few days to register banks and, probably next week, loan applications will begin across the nation.

"It's still early days in the program," said Joel Werkema, a spokesman for the Federal Reserve Bank of Boston, which is overseeing the program. "We are seeing a steady stream of interest, with banks large and small initiating registration since Monday."

There are two major concerns about the Main Street Lending Program: first that not enough banks will participate, and second, that not many small and midsize businesses will want the loans because the terms are too onerous.

"Banks and businesses to date are showing little interest in the existing program," wrote former top Fed staffers William English and Nellie Liang in a paper released Thursday by the Brookings Institution. "Banks generally say that these are loans they would make anyhow. Potential borrowers say the loans are too expensive and burdensome."

The minimum loan size at the moment is $250,000, making it too big for a lot of small businesses. Community bankers have urged the Fed to lower the minimum amount to $100,000. Businesses also have to do a lot more paperwork to get a Main Street loan, more than they did for the Paycheck Protection Program, which was popular.

One bank executive, speaking on the condition of anonymity because the executive was not authorized to speak publicly, said that out of hundreds of thousands of business clients, about 1,000 had inquired about the Main Street Lending Program. It's a notable contrast from the PPP, for whic banks were flooded with applications from millions of small businesses.

English and Liang recommend a slew of changes including lowering the minimum loan sizes, giving companies more than five years to pay it back, lowering the interest rates on loans for higher quality, less risky companies, and offering banks higher fees as an incentive to make more of these loans.

Another concern echoes what happened with the PPP: Banks are telling small-business owners that they only want to offer these loans to existing clients of the bank. That's a major red flag for David Lawall.

He is president of DDL Business Systems, a software business in Winchester, Va. When he saw the Fed's Main Street Lending Program was finally getting off the ground this week, he called the banker he's worked with for 20 years at Truist Bank (formerly SunTrust) to discuss how to apply. But his bank told him that it was not sure yet whether it was going to participate. A Truist Bank spokesperson confirmed that the bank hasn't made a decision about whether to participate in the Fed's Main Street Lending Program.

Lawall called five other banks and kept hearing the same responses: Lenders either didn't know about Main Street loans at all, they didn't know whether they were going to participate, or they didn't want to work with new clients.

"I'm pushing hard to try to get my local bank to do this program," Lawall said. "We're just trying to find some lenders who are participating in this program."

Lawall is seeking a loan of about $400,000. He appears to fit the Fed's criteria: His business is not in immediate danger, but he wants the low-cost loan to help pay off some higher-cost debt and give him some breathing room until business gets closer to normal, hopefully this year.

The Fed has yet to publish a list of banks that are participating in the program, leaving small-business owners such as Lawall and Valeo to call around themselves. Both men ended up dialing a bank in Oklahoma because it was one of the few banks in the nation that actually said on its website that it plans to offer Main Street loans, but the bank told them it only plans to work with clients in Oklahoma.

Valeo is based in Las Vegas. He is seeking a $1 million loan for his tech company and plans to use the money to pay off a higher-interest debt and to potentially add workers in the coming months, if business rebounds. Before the pandemic, Valeo says sales were strong, which motivated him to take out a loan, thinking he could expand the business this spring. But then the coronavirus hit. He has yet to lay off any of his 10 employees, but he says the loan would help ensure that he will not have to do that.

"It's very discouraging as a small-business owner. When big boys need a bailout, that money moves fast," Valeo said. But for small businesses, "it just seems like nobody really cares."

In a new report issued Thursday by the Congressional Oversight Commission, which was established to monitor the Fed and Treasury's numerous emergency efforts to aid the economy during the pandemic, the commission echoes Valeo's concerns.

The commission concludes that actions so far have had a "clear and powerful impact" on big businesses, but that there is "less evidence" that they have been helpful for small and midsize firms.

Part of the problem is that the Fed is concerned about losing money if it makes loans to too many firms that might end up going out of business. The Treasury has set aside $75 billion to cover any losses in the Main Street lending program, but the Fed is acting carefully as it seeks to potentially enable up to $600 billion in loans.

Powell, the Fed leader, told Congress this week that it's been difficult to get so many new programs up and running during a national emergency. He compared the effort to a famous World War II battle, saying, "I would liken it a little bit to like Dunkirk, you know, get in the boats and go. Bring the people back. That's really what we've been doing.

Powell promised that the Fed would continue to tweak the Main Street Lending Program to ensure that it ultimately works.

"No one has ever done this exactly, so we have been constantly taking feedback from lenders and borrowers, and will keep doing that," Powell said.