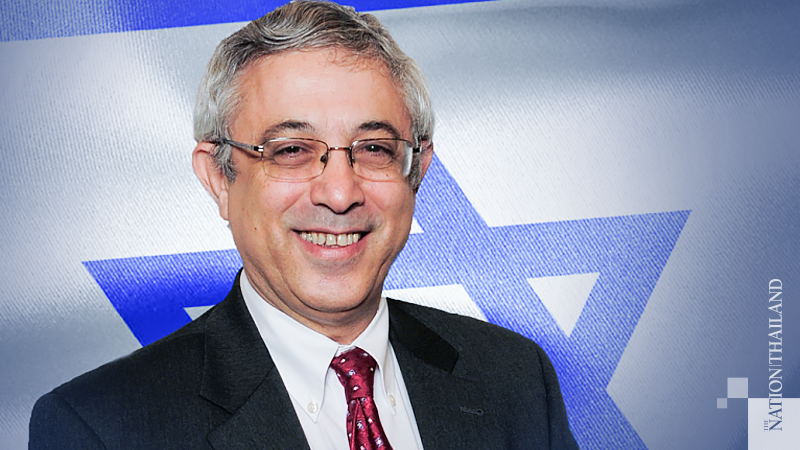 By Dr Meir Shlomo,
Ambassador of Israel to Thailand

Today we mark the 66th anniversary of diplomatic relations between the State of Israel and the Kingdom of Thailand.

Over the years, our diplomatic ties have flourished and turned into real friendship, which has expanded to a broad range of areas of mutual benefit. It is indeed “a perfect match”, as the two countries complement each other in so many different ways.

Over the years, approximately a thousand Thai officials and professionals have participated in training programmes by MASHAV, Israel’s Agency for International Development Cooperation. Israeli experts have shared their experiences and expertise and provided assistance to several established irrigation units and experimental farms, which use Israeli technology, in Khon Kean University, in Kasetsart University and in Koh Samui.

In addition, as people-to-people ties are the main driving force in our dynamic relations, we have developed impressive cooperation in the field of labour, as tens of thousands of Thai labourers work in the agricultural sector in Israel. Even today, despite Covid-19 difficulties, there are almost 25,000 Thai workers in Israel, and their dedicated work not only contributes to the success of Israeli farming but also to the transfer of valuable knowledge from Israel to Thailand.

Alongside the workers, there are hundreds of Thai students who study vocational agricultural in Israel while working and performing practical research in Israeli farms. On their return, many of them apply the knowledge accumulated in Israel for use in farms in Thailand.

Tourism is another strong domain of people-to-people exchange. Despite the temporary suspension of travel across the globe, I strongly believe that hundreds of thousands of Israelis are planning to visit Thailand once the global situation improves. Thailand is the second most popular touristic destination among Israelis, and Israeli tourists are a permanent part of the sustainable tourism industry of Thailand. Two per cent(!) of the entire Israeli population travels to Thailand every year, and the numbers are growing steadily, year after year.

On the economic front, the culture of innovation and the Israeli start-up ecosystem, known as the “start-up nation”, is of great interest to Thailand’s thriving high-tech sector and innovation–driven companies. In recent years, the Israel Innovation Authority has signed an agreement with the Thai National Innovation Agency in order to mutually strengthen each other’s innovative capabilities and create more opportunities and financial support for collaborative projects. The Israeli start-ups and Thailand’s businesses are on constant mutual search for opportunities in domains such as e-commerce, digital marketing, big data, and more.

Last but not least, I commend Thailand for controlling and preventing the Covid-19 pandemic in such a professional and impressive manner. While different communities in Thailand are struggling with the new economic reality, Israel was delighted to provide some support to those in need. The Embassy of Israel opened a community sharing pantry in Klong Toey community in Bangkok. Other Israeli groups across Thailand joined with Thai people and distributed meals to locals in Pattaya and Koh Samui and supported orphanages in Bangkok. At the same time, several Israeli medical companies have partnered with the Thai public health system in the mutual fight against the pandemic.

Both countries have achieved so much in 66 years of cooperation. Israel is committed to build even stronger collaboration with Thailand in many other ways and means. I am confident that our bilateral relations will deepen and prosper, for the mutual benefit of our two countries and people. Happy 66th anniversary.