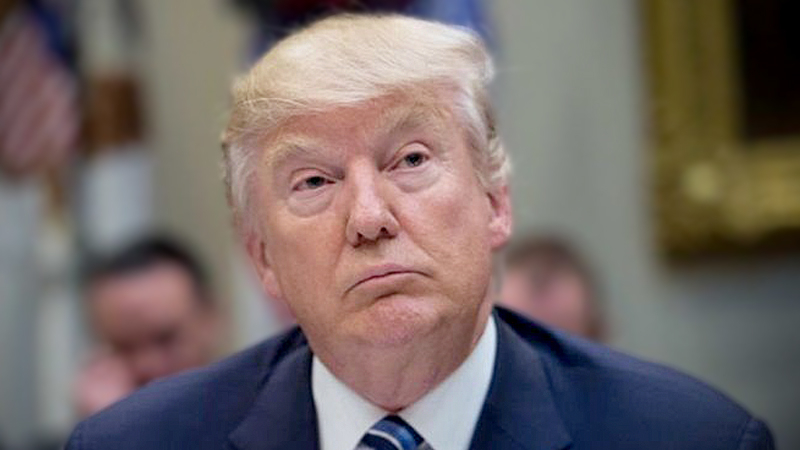 Concerns about President Donald Trump's dishonesty began before he entered the White House, but the consequences of his not being trustworthy are now fully evident.

Trump surpassed 20,000 false or misleading claims, according to The Washington Post Fact Checker's tally, just a week before the latest Washington Post-ABC news survey showed that more than 60% of Americans deem him untrustworthy when it comes to the coronavirus pandemic.

"The coronavirus pandemic has spawned a whole new genre of Trump's falsehoods. The category in just a few months has reached nearly 1,000 claims, more than his tax claims combined. Trump's false or misleading claims about the impeachment investigation - and the events surrounding it - contributed almost 1,200 entries to the database."

The impact of a lack of trust in the president has often seemed minimal as his approval ratings have never consistently dropped below 40%, partly because of the faithfulness of his base. But with more Americans concerned about the state of the country amid a pandemic - 60% disapprove of his handling of the outbreak, according to the Post-ABC survey - it seems voters' lack of confidence in Trump could have real ramifications this November.

For what it's worth, in September 2016, only about a third of Americans said Trump was trustworthy and honest, according to Gallup, but he still won the election a couple of months later. But the numbers have gotten worse since then, especially among groups he needs to retain, and he isn't running against a candidate like Hillary Clinton, who many voters also believed untrustworthy.

The foundation of the Trump campaign's re-election strategy has been turning out the base - a unique approach to trying to remain in office. Historically, presidents use re-election campaigns to attempt to win over voters who didn't support them in the previous election. But aides on the Trump campaign have argued that the president could be successful by focusing on turning out those who have supported him.

The problem is that there are weaknesses in that group. According to the Post-ABC survey, nearly 30% of Republicans - one of the most pro-Trump voting blocs - said they don't trust what the president says about the outbreak. And neither do nearly 2 in 3 political independents, a voting bloc that was key to helping deliver the White House to Trump in 2016.

And losing the confidence of independents could lead to an overall loss in November.

In part because of the declining support of independents, the president is performing poorly against presumed Democratic presidential nominee Joe Biden in battleground states, including those where he and other Republicans have historically performed well. According to the most recent NBC/Wall Street Journal poll, Biden is leading Trump in 11 battleground states, such as Arizona, Florida and North Carolina. The former vice president is also leading Trump in Michigan, Pennsylvania and Wisconsin - the three states whose support for Trump helped seal the election for him in 2016.

The Post reported that while Trump aides are aware of his declining popularity, even with some of the voting blocs that he won in 2016, the president shows little sign of changing his behavior or words to increase confidence in him:

"Numerous Republicans and Trump allies said Thursday that the personnel overhaul - demoting Brad Parscale and replacing him with Bill Stepien as campaign manager - does little to address the main problem facing the struggling Trump campaign: the president himself and his chronically self-destructive behavior.

"In Trump's orbit and Republican circles, there is growing unease and even panic over Trump's conduct as allies fret that the president, who lags behind presumptive Democratic nominee Joe Biden in both public and private polling, is free-falling into a political abyss."

It's hard to imagine that Trump's trustworthiness rating could improve unless the things he is saying about the novel coronavirus - like that it will just disappear - actually happen. Many Americans don't seem to think they will.

And if that is the case, the current trends and polling could continue and ultimately prevent him from getting what he's been making all these dishonest claims with the goal of achieving: a win in November.