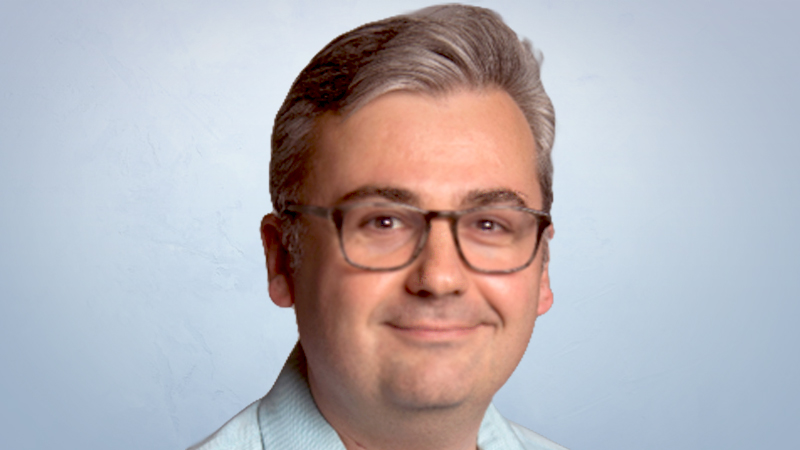 By The Washington Post · Geoffrey A. Fowler · OPINION, OP-ED

Sometimes, it's the little lies that are the most telling.

Watching the leaders of Amazon, Apple, Facebook and Google face a filleting in front of the House antitrust panel on Wednesday, I kept a running list of the little half-truths they told.

If I only had a dollar for every time a big tech CEO said he cared deeply about our privacy.

But this time in front of the spotlight, some of the claims didn't work so well. I'm not talking about the kind of outright lies that could land Jeff Bezos of Amazon, Tim Cook of Apple, Mark Zuckerberg of Facebook or Sundar Pichai of Google in trouble after taking an oath to tell the truth. But members of Congress, especially Democrats who run the committee and shepherded its months-long investigation, came prepared with questions that poked holes in Big Tech's aging arguments - talking points that might sound reasonable on the surface, but collapse under scrutiny.

(Bezos owns The Washington Post, but I review all technology with the same critical eye.)

Tech giants' products may still be very popular with consumers. But more and more of us are separating out what we love to do with our smartphone or smart-speaker from the behavior of the company that makes it.

Here's the five biggest little lies that I think have run their course.

1. You're in control of your data

Google's Pichai repeated this tech platitude when pressed by Rep. Val Demings, D-Fla., over the company's decision to combine its existing trove of data with the data held by DoubleClick, a big ad network it bought. "We today make it very easy for users to be in control of their data. We have simplified their settings," he said.

It's true that Google, along with Facebook and other tech giants, offer consumers lots of privacy knobs and switches. But if you don't know to use them - and if they're not easy to use - does that really put you in control? Most people don't think so. In 2019, Pew Research found that 81% of Americans think they have very little or no control over the collection of their data - and 59% have little or no understanding about what companies do with their data.

I've likened the situation to saying anyone can fly a 747 because it has a lot of knobs and controls.

Pichai borrowed this line from Facebook's Zuckerberg, who similarly asserted that consumers are "in control" of their data in his 2018 testimony to Congress no fewer than 45 times.

Framing the debate around control actually ignores a bigger issue. Big Tech likes to say it's collecting all this data to serve us better, when that data also means incredible power - and profit - for Silicon Valley.

While questioning Pichai on why Google wanted the DoubleClick data, Demings said, "You're saying more user data does not mean the more money that Google can collect?"

"Most of the data today we collect is to help users and provide personalized experiences back," he replied.

This much is clear: Google's is the world's largest advertising company, and the data it collects about us is fuel that powers it. As Demings told Pichai, "Because of Google's dominance, users have no choice but to surrender."

2. You have lots of choice

When Rep. Hank Johnson, D-Ga., asked Apple's Cook about the total control it has over the iPhone app store, Cook pivoted to the idea that it faces lots of competition for selling software.

"There is a competition for developers, just like there's a competition for customers. . . . Developers, they can write their apps for Android or Windows or Xbox or PlayStation," he said. "I would describe it as a street fight for market share in the smartphone business."

But wait: Apple has made switching from an iPhone to an Android phone as painful as possible. (Just try to get your family and friends to switch to a texting platform other than Apple's proprietary iMessage.) And last time I checked, there weren't a ton of mobile apps for the now-defunct Windows Mobile store, much less Xbox or PlayStation.

These companies know well that consumers are driven by convenience and use their power over the pillars of our digital lives to make it rather inconvenient to go anywhere else. Yes, you can technically export your data from Facebook and take it someplace else - but few bother trying to get their friends and family to join them.

Pichai in his opening remarks said consumers have more potential sources of information than ever. But that hasn't reduced our reliance on Google for search when it's baked into the most popular Web browser, Google Chrome, and most popular mobile phone software, Google's Android.

"It is effectively impossible to use the Internet without using in one way or another the services of these four companies," said Rep. Jerry Nadler, D-N.Y., in his opening remarks.

In his opening remarks, Bezos pulled out one of Amazon's familiar retorts to concerns that it's a monopoly: "Amazon accounts for less than 1% of the 25 trillion in the global retail market and less than 4% of U.S. retail."

But later in the hearing, Rep. Joe Neguse, D-Colo., asked why Bezos was counting all of retail - even gas stations - as its competition. Amazon accounts for 38% of all U.S. online shopping, according to research firm eMarketer, and much more for products such as books.

Bezos, who tried to draw a vague distinction between a retail "channel" and an overall "market," didn't acknowledge what's obvious to most consumers: Buying things online is not the same as going to a store. When you want to buy something online, Amazon is the place that is most likely to have it - because sellers know its scale can't be ignored. And especially during the pandemic, buying online versus buying in stores are not equivalent.

Other CEOs also tried this define-the-market strategy during their testimony.

Zuckerberg suggested that Facebook was competing with all products that connect people, not just other social networking companies. "The space of people connecting with other people is a very large space," he said. That's true, but excluding YouTube, Facebook is the only social network used by a majority - 69% - of Americans, according to Pew. Next closest: Facebook-owned Instagram, used by 37% of U.S. adults.

"We don't have a dominant share in any market or in any product category where we do business," said Apple's Cook. That's also true, but the billion-plus people who use iPhones have no choice but to go through Apple to buy apps and services to use on the devices.

4. We only provide you the 'most relevant' information

Google wants us to believe that its products only have our interest at heart. "We've always focused on providing users the most relevant information, and we rely on that trust for users to come back to Google every day," Pichai said.

But Rep. David Cicilline, D-R.I., said Google's business model is actually incentivized to just show "whatever is most profitable for Google," he said.

The reality is, Google's answer to queries increasingly involves Google as an answer. A study published this week by tech watchdog news outlet The Markup found that of 15,000 recent popular queries - such as "Alzheimer's disease" - Google devoted 41% of the first page of mobile search results to its own sites and what it calls "direct answers," which included information copied from other sources. Google spokesperson Lara Levin told The Markup that it should not have counted "answers" as "Google." (Google makes five times as much revenue through advertising on its own sites as it does selling ad space outside ones, The Markup reported.)

It's not just Google that uses its power over the software we rely on for answers to privilege itself. Rep. Jamie Raskin, D-Md., asked Bezos about bias in Alexa, Amazon's talking virtual assistant that owns more than 60% of the smart-speaker market. Amazon's own Prime Music is the Alexa's default music service, he noted.

And then Raskin asked why, when a customer asks Alexa to buy batteries, does Amazon's talking AI recommend Amazon's own brand?

5. Social media does not profit from harmful information

Toward the middle of the hearing, Zuckerberg agreed with Cicilline that the social network had a responsibility to limit the spread of content that could be harmful to people.

"I'd like to add that I do not believe that we have any incentive to have this content on our service. People don't like it," said Zuckerberg.

"We rank what we show in the feed based on what is going to be the most meaningful to people and is going to create long term satisfaction, not what's just going to get engagement or clicks today," he said.

Then why is misinformation so often among the most-viewed and most-engaged content on Facebook? Cicilline read several examples that were among the 10 most-shared Facebook posts in 2020. Just this week, a viral video claiming a false cure for the novel coronavirus racked up 20 million views on the social network before it eventually came down.

Facebook's business is built on our attention - having its app or website open in front of us where it can show us ads. It seems intuitive that the more controversial a post is, the more people share it or comment on it. If Facebook has data to the contrary, I'd like to see it.

"It's about Facebook's business that prioritizes engagement to keep people on the platform to serve more advertisements," said Cicilline.

Elsewhere in the testimony, where Facebook's ownership of Instagram and WhatsApp was a hot topic, Zuckerberg suggested that being so big helped it to spot and take down harmful information. Scale certainly has its advantages. But isn't it also possible Facebook would doing a better job if it had competition from Instagram and WhatsApp that might, like Twitter, approach the problem differently?

Then consumers could have real choice.

Geoffrey A. Fowler is The Washington Post’s technology columnist based in San Francisco. He joined The Post in 2017 after 16 years with the Wall Street Journal writing about consumer technology, Silicon Valley, national affairs and China.