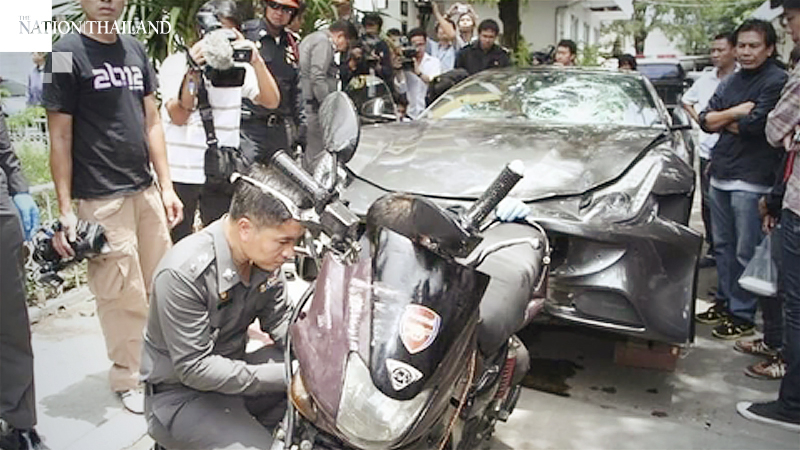 The clamour is growing among the public for the alleged hit-and-run case against Vorayuth "Boss" Yoovidhya to be heard by a court, amid widespread scepticism about the legal process being compromised for the rich.

Meanwhile, Prime Minister Prayut Chan-o-cha's move to establish a committee led by Professor Vicha Mahakun to investigate the case is viewed as just an attempt to alleviate public anger.

Vorayuth was allegedly involved in an accident eight years ago when his Ferrari collided with a bike ridden by an inspector, resulting in the policeman's death. He was out on bail and has been absconding for years.

Police have said that they could not interfere with the decision of the Office of the Attorney-General to drop the charges against the scion of a billionaire family, explaining that it was a legal procedure.

Moreover, Jaruchat Madthong, 40, a key witness who gave testimony said that Vorayuth was driving at a speed not exceeding 80 kilometres per hour when the fatal accident happened.

The turn of events in the case has led people to question the influence of money in Thailand's justice system and the demand for restoration of faith in the legal system.