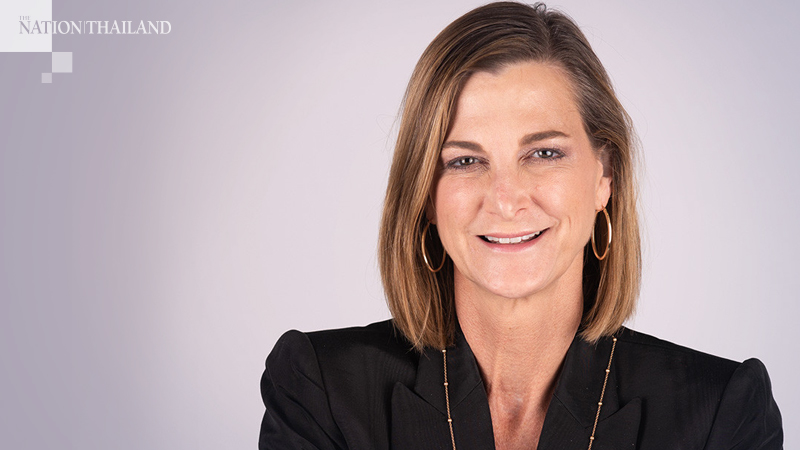 WASHINGTON - With coronavirus cases nearing 5 million in the United States and average daily deaths topping 1,000, the United States is the hottest hot spot in the ongoing global pandemic - a ranking that wasn't exactly what President Donald Trump had in mind with his "America First" doctrine.

You wouldn't know it, however, to hear the president describe the U.S. performance in handling the virus; he called it "an amazing job, a great job" on Monday, and recited a list of other countries experiencing a rebound in infections.

In recent days, Trump has increasingly pointed to the experiences of other countries in an attempt to dilute the bad news at home and justify the largely hands-off federal response, which has included no national mandates or lockdowns.

Australia, Belgium, Brazil, China, France, Germany, Hong Kong, India, Israel, Japan, South Korea, Spain and others have been part of a presidential spin-the-globe review of trouble spots, in which Trump makes misleading claims about the U.S. record and talks up the prospects for a cure.

"I think we're doing very well, and I think that we have done as well as any nation," Trump said at another point Monday. "If you really look - if you take a look at what's going on, especially now with all these flare-ups in nations" where the virus had appeared to subside, Trump said, "and don't forget: We're much bigger, other than India and China. China is having a massive flare-up right now. India has a tremendous problem. Other countries have problems."

But none is equal to the United States, which, with a little more than 4% of the global population, has clocked about a quarter of the world's cases.

Trump has sometimes stuck to what appears to be a script, making the case that the experiences of other countries bear out his view that U.S. businesses and schools should be open.

"As we're seeing in foreign countries around the world where cases are once again surging - you have many places where we thought they were under control and doing a great job, and they are doing a great job - but this is a very tough, invisible enemy, lockdowns do not prevent infection in the future," the president said Monday. "They just don't. It comes back. Many times, it comes back."

At other times he has been defensive, insisting that his accomplishments are ignored or minimized relative to other nations.

"With the exception of New York & a few other locations, we've done MUCH better than most other Countries in dealing with the China Virus. Many of these countries are now having a major second wave. The Fake News is working overtime to make the USA (& me) look as bad as possible!" Trump tweeted early Monday.

"You take a look, why don't they talk about Mexico? Which is not helping us. And all I can say is thank God I built most of the wall, because if I didn't have the wall up we would have a much bigger problem with Mexico," Trump said during a "Fox News Sunday" interview with Chris Wallace late last month.

It's a familiar pattern of deflection for Trump, who routinely spreads the blame to perceived antagonists including the news media, Democrats or foreigners. But the comparisons don't always mean what Trump thinks they do, as with his erroneous claim that the high U.S. caseload is a function of more testing rather than wider underlying infection.

"Cases are up because we have the best testing in the world and we have the most testing. No country has ever done what we've done in terms of testing. We are the envy of the world. They call and they say the most incredible job anybody's done is our job on testing, because we're going to very shortly be up to 50 million tests," Trump said in the Fox interview.

"You look at other countries; they don't even do tests. They do tests if somebody walks into the hospital, they're sick, they're really sick, they test them then, or they'll test them in a doctor's office. But they don't go around have massive areas of testing, and we do. And I'm glad we do, but it really skews the numbers."

The portrait is misleading at best, according to public health experts.

"Most of the observations the president makes about the virus are inaccurate," said Cheryl Healton, dean of the School of Global Public Health at New York University.

She pointed to Japan, which is now facing a wave of infection after early success containing the virus without strict lockdown measures. Criticism of Japan's approach has focused on priorities that match Trump's: reopening businesses quickly and allowing people to resume normal activities such as travel and dining out.

"Their total deaths are what our deaths are on a daily basis," Healton said in an interview.

And although Trump now seems to marvel at pandemic twists of fate affecting other countries, he previously cited some of those same countries as examples to follow.

"More than a dozen European countries - as well as South Korea, Taiwan and many others - have already reopened schools, and cases have not risen. We can achieve the same goal if we unite together, follow the best medical practices and apply common sense," Trump said on July 23.

His administration has deflected questions about the move in Israel to shut down schools that had reopened, only to experience a surge in cases. Asked about that development Tuesday, White House press secretary Kayleigh McEnany referred a reporter to congressional testimony from the Centers for Disease Control and Prevention last week about the overall importance of having students return to school.

Trump also turns frequently to what he has called the "death chart," a comparison of U.S. mortality rates with those elsewhere, claiming in the Fox interview that the United States has the "number one low mortality rate."

Although Wallace tried to correct Trump, the president was having none of it, dismissing the questions with a wave of his hand.

He seemed just as sure of U.S. primacy in an Axios interview that aired Monday, in which Trump brandished a sheaf of charts that didn't quite say what he claimed they did.

"The United States is lowest in - numerous categories. We're lower than the world."

Swan asked what that meant.

Studying the paper, Swan quickly pointed out the disconnect.

"You can't do that," Trump replied.

Anne Gearan is a White House correspondent for The Washington Post, with a focus on foreign policy and national security. She covered the Hillary Clinton campaign and the State Department for The Post before joining the White House beat. She joined the paper in 2012.