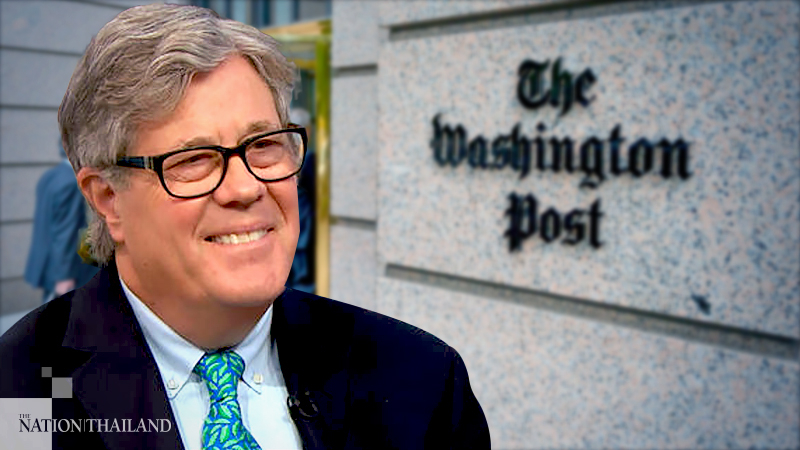 Bill Clinton, Barack Obama and Joe Biden - two presidents and the older guy who somehow outlasted them into the virtual age.

When Biden was first elected to the Senate in 1972, Clinton was a law student running George McGovern's campaign in Texas and Obama was an 11-year-old living with his grandparents and beginning fifth grade at the Punahou School in Honolulu. Biden has been around national politics for 48 years, more than either Clinton or Obama had lived when they entered the White House. Clinton, born in 1946, and Obama, born in 1961, were the bookends of the extended postwar baby-boom generation. Biden has been called a baby boomer, but he wasn't one. He was a war baby, born on Nov. 20, 1942, just as the British army was seizing the port of Benghazi from the Nazis in the North Africa campaign.

Yet here was Clinton on Tuesday night, a generation removed from his presidency, and here comes Obama on Wednesday, a gray-haired wise man, both trying to lift their elder into the office they once held. Clinton, the first boomer president, was relegated into a secondary slot, while Obama, the first African American president, was allotted more prime time, both to promote the new, new thing - a lifelong pol who, if elected, would be older at his swearing-in than any president in history.

When Clinton was running for reelection in 1996, he defined his second term as a bridge into the 21st century. Although the future was unknown, it seemed reasonable that such a bridge might eventually lead to a Black president like Obama and a first female presidential nominee like Hillary Clinton or Black female vice-presidential candidate like Kamala Harris. But it is unlikely that Bill Clinton could have envisioned that, nearly a quarter-century later, that bridge would find Joe Biden on the other side.

The situation is striking for more than chronological unlikeliness. Timing is everything in politics, and as both the first and last of the three to be in the electoral game, Biden finds himself now perhaps the freest of them all, unloosed by demographics, ideological shifts in both parties and the spectacle of Donald Trump to make bolder choices than Clinton or Obama. It was in part because of voter exhaustion with the Clintons and a backlash against the Obamas that the metaphorical bridge eventually led to Biden, in many ways a safe and conventional everyman. But although Biden faces skepticism from the Democratic Party's left about whether he will be too accommodating, the conditions for an activist presidency are apparent. This is both despite and because of the dual crises of a pandemic and economic collapse he would face should he become president, and also because he is unlikely to be weighed down by reelection concerns, part of the calculation for Clinton and Obama.

Once the avatar of a generation but slowed considerably in the decade and a half since heart surgery, Clinton looks like the old man of the three even though he is nearly four years younger than Biden. Once the comeback kid, Clinton now can seem anachronistic, a visage from before the days of Twitter and TikTok and the #MeToo movement and the resurgence of the party's progressive wing. This time the least was expected of him; it was not up to him to bless anyone, articulate a position more clearly than anyone, or light up the night with electric prose. Those assignments went elsewhere, piece by piece, and were all combined in one incandescent overture by former first lady Michelle Obama, who keeps rewriting the score on how to succeed in politics without really liking it.

On the eve of his 74th birthday, Clinton was presented with five meager minutes to show his virtual virtuosity, barely enough time for him to clear his throat or settle into his lip-biting ways. He did not fritter away his time, mounting a direct attack on Trump's claims about the economy and on his mishandling of one crisis after another. "At a time like this, the Oval Office should be a command center. Instead, it's only a storm center," Clinton said. "There's only chaos. Just one thing never changes - his determination to deny responsibility and shift the blame. The buck never stops there."

It is doubtful that any politician in history has uttered more words at more Democratic conventions than Clinton, not just because of his tendency to blab on through the red lights, and his mission has evolved with each one. From his first speech in 1980, at the convention in New York where he supported President Jimmy Carter over the insurgency of Sen. Edward Kennedy, to this week in the spooky ether of nowhereland, Clinton has spoken at 11 conventions before, during and after his time in office.

Obama, granted a more prestigious slot than Clinton this week, faced the prospect of trying to match not Clinton but his own wife for pure emotive power capturing the Democratic zeitgeist. With a few notable exceptions, he has been more of a backstage counselor than opposition party leader in his post-presidency, sometimes to the chagrin of Democrats who wanted more of him. But his feel for the moment can be seen in the playlist of songs he said he's been listening to this summer - from Jason Isbell's "Be Afraid" to Outkast's "Liberation" to Billie Holiday's "I'll be Seeing You" to Bonnie Raitt's "Nick of Time." Put those four titles together, and you have the Democratic constituency's sensibility in one medley. It was only 16 years ago that Obama sang his own song onto the national stage at the convention in 2004, with a harmonious speech connecting the biography of his multiracial heritage to the possibility of a united America.

Clinton's speeches from the beginning showed more interest in trying to co-opt traditionally Republican issues than Republicans themselves. In that first address 40 years ago at the Carter renomination convention, he argued that the policies of the New Deal were not working anymore and that it was time for "more creative and realistic solutions." Variations on that theme, along with the future-oriented notion of the "man from Hope," helped carry him to the presidency after 12 years of Republican rule and coursed through his rhetoric and policies. Many of his old positions - from gay rights to policing to welfare - seem outdated in comparison with where the party platform and even Biden are now, but so do many of Biden's former positions, and it is ahistorical not to take into account that to some degree most politicians adjust to the times.

In the 20 years of Clinton's post-presidency, those close to him have watched him respond like an old thoroughbred with restless leg syndrome, wishing that he could run one more race or sit in the Oval Office through any of the momentous challenges that arose during these tumultuous two decades, from 9/11 to the coronavirus pandemic. Watching his wife lose to Obama in 2008 and to Trump in 2016 sent him into bouts of anger and dismay, but it was also painful for him to be out of the action. As one former aide put it, "not an era has passed that he didn't wish he could have been president to tackle. . . . It is hard to be him and not be president."

Clinton has been pushed into the background before, starting in 2000 when Al Gore showed no desire to have him play an outsized role at the Los Angeles convention, and he might have wished for less exposure as the keynote speaker for Michael Dukakis in 1988 when a distracted convention hall audience all but dragged him off the stage. But other times his presence was important. Despite the blue funk he wallowed in after Hillary lost to Obama in the 2008 primaries, he pulled out of it to deliver a speech in Denver that bestowed on the usurper his full blessing. Four years later he was even more essential, using his speech in Charlotte to translate Obama's economic record as president to the middle class in a way the sometimes-too-professorial Obama could not.

Aside from that 2004 ode in Boston, Obama's convention speeches have not been in the top echelon of his performances. He has already delivered what probably will be his most powerful address of the year, the eulogy at John Lewis's funeral, where he spoke with the emotion of a preacher and the urgency of a civil rights organizer in a blistering denunciation of what Trump has wrought. Part of his mission this week, to tell the nation about the Biden he knows as a White House partner and empathetic friend of people of color, was diminished with the elevation of Harris, whose presence goes a long way in energizing African American women, and with the opening-night closer by Michelle Obama, whose performance from the inner sanctum of her Washington dwelling blew off the virtual convention roof.

Clinton and Biden were on the same track going back to 1988, when the young governor of Arkansas decided not to seek the nomination on the night before he was to announce, surprising friends who had flown to Little Rock for the occasion. Biden chose to run but lasted only three months, his candidacy felled before the first nominating contest by accusations of plagiarism. Obama and Biden did run against each other once, in 2008, but again Biden's campaign was but a murmur; he dropped out after receiving less than 1 percent of the vote in the Iowa caucuses, which Obama won. Their knowledge of each other was superficial until Obama chose him later that year to be his running mate.

In style, it is Clinton who has the most in common with Biden, both oozing with empathetic mannerisms, an old school love of the schmooze. "I've never been a man of few words," Biden once said. Clinton has no need to say it, having proved it over and over again. Obama shares more personal traits - less glad-handing, more sober sense of purpose - with the other Clinton, Hillary. When they were in meetings together, Obama would roll his eyes at Biden's long-winded diversions, but he came to admire his loyalty, optimism and empathetic instincts.

It created raw feelings four years ago when it appeared Obama had turned toward Hillary, not Biden, as his prospective heir, and it was notable this year that while Obama remained neutral for much of the primary season, and Biden asserted that he wanted it that way, key Obama network operatives went to work for younger candidates such as Beto O'Rourke and Pete Buttigieg before finally returning to Biden when he became the obvious winner. But it takes more than all that to break a bond with Uncle Joe. As he declared of his relationship with the Obamas during his speech in Philadelphia four years ago: "We're now family, folks."

And now, in this unimagined time of virtual reality, when epidemiological necessity means convention speeches are delivered uninterrupted in quiet isolation, without a packed hall's cacophony of clanging bells and balloon drops and huzzahs and amen choruses, it is the older guy emerging over the bridge to try to take his place at last at the head of the family.