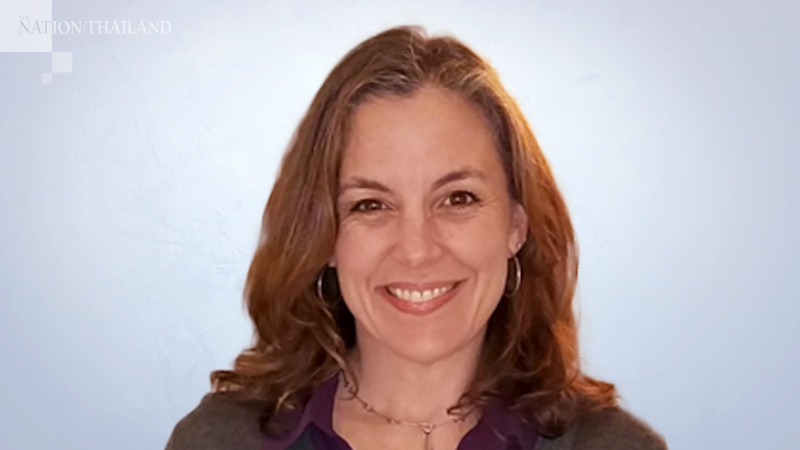 Jennifer Reich is professor of sociology at the University of Colorado Denver.

President Donald Trump clearly sees the coronavirus pandemic as a threat to his reelection and wants to show that he is making progress against it. He promised at the Republican National Convention to "produce a vaccine before the end of the year, or maybe even sooner," boasting: "Nobody thought it could be done this fast. Normally it would be years, and we did it in a matter of a few months.

We are producing them in advance so hundreds of millions of doses can be quickly available. We have a safe and effective vaccine this year, and together we will crush the virus."

The Food and Drug Administration is considering whether to allow a vaccine against the coronavirus to be used on an emergency basis before its formal approval process is finished, and the Centers for Disease Control and Prevention has told states to be ready to distribute doses by Nov. 1 -- two days before the election.

But wanting a vaccine to be ready by the time the polls open and getting one that is safe, effective and accepted by the American people are two very different things. And the Trump administration's attempts to make government agency leaders support the president's political positions this year have undermined public trust in the very institutions needed to evaluate and distribute the immunizations. Now the same impulses that have led Trump to downplay the virus and latch onto imagined miracle cures could also get in the way of an effective vaccine.

Trump is right that the creation and mass distribution of a vaccine within a year of the discovery of the disease it prevents would be unprecedented - most vaccines take years to develop, test and administer. That typical time frame isn't due to lack of effort. Long-standing scientific protocols require a great deal of testing over a long period to ensure that a vaccine is safe, with minimal side effects, if any; and effective, meaning it actually stops the disease, limits its spread or reduces its severity. Short-circuiting that process can be wasteful or even dangerous: A rushed vaccine for the swine flu in 1976 meant to help President Gerald Ford's election campaign not only proved ineffective but also afflicted hundreds with a paralyzing side effect.

Even if a vaccine is proved to be safe and effective, rolling out a new one correctly is no small thing. It requires lots of coordination across multiple state and federal agencies that play a pivotal role in evaluating the science behind it, as well as among academia and the public and private sectors. All that requires public trust. If millions of Americans are going to voluntarily agree to have someone inject something into them to prevent a disease they don't already have, they need to have faith in the agencies that put the effort together and in the government backing it. So for the vaccine to appear in such short time and for Trump to get the credit, he'll need people to trust the experts at the FDA, the CDC and other regulatory agencies he has spent so much of his presidency publicly denigrating or undermining. Given the usual time required for developing a vaccine - which includes enrolling tens of thousands of volunteers to receive two doses of the vaccine or a placebo a month apart and then waiting to see if they become infected - and the fact that Trump has delegitimized so much of that process, producing a vaccine that a large share of Americans are willing to trust and receive does not seem realistic for the fall.

That might become a problem if Trump pushes the FDA to use its emergency powers. Since 2004, the agency has been authorized to permit the use of an unapproved and unproven medical product during a declared emergency related to an infectious disease. To receive authorization, a vaccine or drug should seem effective, but its efficacy doesn't definitively need to be proved. For example, a vaccine could generate an immune response, but it might not prevent infection or serious illness. This is a much lower bar. Rather than going through the usual process of consulting panels of experts, the FDA chief alone is able to make this determination - and Commissioner Stephen Hahn has already signaled that he is willing to do so as soon as Oct. 22.

That was how the FDA authorized the emergency use of hydroxychloroquine against the coronavirus earlier this year. Despite hopes that this medication would help those hospitalized with covid-19, recently published randomized studies show that the drug does not improve outcomes and may actually cause harm, including an increased risk of death in some. The process by which it was approved has also led many to see the FDA as newly politicized. A whistleblower complaint from Rick Bright, a former director of the FDA unit that oversees drug and vaccine development, suggests that experts within the agency were pressured "to invest in drugs, vaccines, and other technologies without proper scientific vetting or that lacked scientific merit" but that were "promoted by those with political connections." When he refused, he was removed from his post. Despite studies showing that hydroxychloroquinedoes not work, Trump has continued to insist that it is safe and effective, citing his own preventive use as evidence.

Past attempts to distribute unlicensed vaccines and therapeutics through emergency means have often been unsuccessful, undermining trust. Postal workers who were offered an emergency anthrax vaccine in 2001 became wary of the government's shifting guidelines and rationales, and many refused. There was similar resistance to vaccinations during the H1N1 flu pandemic in 2009. In addition to hydroxychloroquine, the recent emergency-use authorization of convalescent plasma and Hahn's exaggerated (and later recanted) claims that plasma could save 35 out of 100 covid-19 patients have raised new concerns about the politicization of scientific safety and the rigor of review processes.

Trump could also follow the examples set by Russia and China and simply claim that a vaccine exists without any determination by the FDA or another federal agency. Russian scientists announced their vaccine, with minimal testing for safety or effectiveness, earlier this summer (though a study published in the Lancet this past week indicated that initial trials showed it was safe and did stimulate immune response); China is also promising a rapidly developed vaccine and is reportedly giving it to military personnel without completing large-scale safety or efficacy tests. Just as Trump has repeatedly and aggressively promoted the use of hydroxychloroquine, even after the FDA revoked its authorization, he could claim that some other drug - perhaps a vaccine undergoing testing in the United States, or an untested and possibly poisonous remedy like oleandrin, touted by donor Mike Lindell and one Trump has said he will "look at" - is effective and should be taken by everyone. That doesn't mean the government will start distributing these products, but simply declaring that they exist could be enough to convince some voters that Trump has solved the coronavirus problem.

Politicizing a vaccine and the scientific agencies that work on it, though, would hurt the United States' long-term response to the pandemic. Democrats and medical experts, who are currently more predisposed to use a vaccine, could distrust it; conservative media personalities and GOP elected officials might promote it, even as surveys consistently show that Republicans are least likely to take a coronavirus vaccine. Some conspiracy-minded conservatives might demand access to the promised vaccine and, finding it largely unavailable, claim that there's a plot to keep them unhealthy. (Those who will reject the vaccine based on suspicions of collusion between government and Big Pharma will probably make the same claims.)

Pundits, activists and others might encourage questions about a vaccine, emphasize personal choice over mandates and take a cautious approach. Those concerned about America's competitiveness could question why the United States is not also cutting corners in testing to keep up with rival nations. The U.S. refusal to join a coalition of more than 170 other countries to coordinate vaccine distribution further illustrates this impulse. This has the potential to be an additional public health disaster, undermining what bipartisan trust still exists in the nation's disease-fighting infrastructure and making it even harder to administer a legitimate vaccine should one become available.

In the end, a safe and effective vaccine against this virus may be developed and taken by enough Americans to shrink the pandemic to manageable levels. But medical research does not operate well on politically imposed deadlines. If this effort is going to be successful, it will need to be done in a way that builds on public trust in science and government, rather than falling into existing partisan divisions.

When Russia announced that it had a vaccine ready, it named the project Sputnik V, after the satellite the Soviet Union launched in 1957, kicking off the space race. In 1961, President John F. Kennedy announced an ambitious plan to send a man to the moon, inspired by the pressure he felt to catch up. He appeared in front of Congress to request investment in space but acknowledged that there were no quick wins in science, noting that the enterprise would "last for many years and carry very heavy costs," and making clear that "it would be better not to go at all" if the United States was not "prepared to do the work and bear the burdens to make it successful." The international race for a vaccine is no different. A vaccine will succeed only if Americans across the political spectrum trust that it is the result of careful and cautious scientific work. And that will probably not be completed until long after the November election.