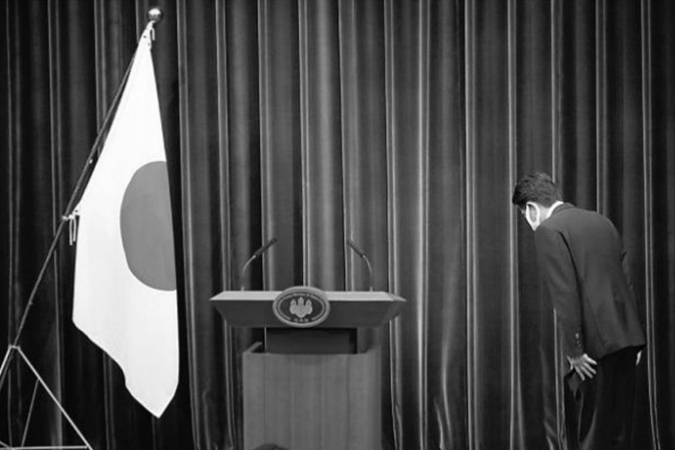 Japan has been also involved in infrastructural projects including the much-feted Delhi-Mumbai freight corridor.

When Shinzo Abe, the longest serving Prime Minister of Japan decided to step down from his office, not only did he leave the world in surprise he also gave an opportunity to reflect on his legacy to his country and the World. Abe has left a deep mark on Japanese politics.

While he is hailed as a realist in world politics and strategic affairs, his record in the domestic arena has been a mixed bag. Abe came into power for the second time in 2012 at a crucial juncture in Japanese history.

The Japanese economy was stagnant, the nuclear disaster of Fukushima in 2011 had shaken the country and there was a dominant discourse in Japan to counterbalance China. Against this background rose Shinzo Abe, who promised to give prestige and prosperity to Japan. He dealt with the economics aspect with his much- popularised ‘Abenomics’, which was a concoction of free market enterprise with heavy financial stimulus to be doled out to lift the economy.

The strategy was to increase inflation to at least 2 per cent for growth shoots to come up. Experts argue that the impact of Abenomics was not as good as expected by the regime, however, it was able to resuscitate the economy to some extent. He tried to increase the political capital of Japan in foreign affairs by constantly courting major powers of the world.

His ambition was to transform a political pygmy into a giant. However, during his time in office, Abe had courted many controversies by openly paying homage at a war memorial for the fallen soldiers of World War II, his refusal to acknowledge war crimes committed by the Japanese, his intention to amend the post-war constitution, his attempt to change self-critical history textbooks in Japanese schools, etc.

All these pointed towards his conservative orientation. In a society that prizes stability over hyper nationalism, Abe created many ripples against the tide. His regime was also accused of nepotism and corruption, his colleagues accused of taking bribes, tampering with official documents (for which he publicly apologized) and his regime’s inability to effectively deal with the coronavirus pandemic especially in the early days. Of late, Abe was also criticized for increasing service tax from 8 to 10 per cent.

Therefore, when the news of his resignation came, many were not surprised. However, from an Indian standpoint, Abe’s tenure was probably the best period for Indo-Japanese ties especially the increased economic strategic relations between India and Japan that Abe extensively propagated.

Abe saw India and Japan as two players changing the strategic game in the Asia-Pacific. On his maiden state visit to India in 2007, Abe declared his strategic ambition towards India by calling out for a ‘Confluence of the Seas’ between the Indian and the Pacific Oceans, that is closer cooperation between India and Japan.

Then in 2012 came Abe’s article ‘Asia’s Democratic Security Diamond’ in which he asked emphatically for greater depth in Indo-Japan relations.

One of his biggest achievements in the strategic arena was to establish the Indo Pacific Quadrilateral between India, Japan, Australia and the USA to balance the increasing Chinese might in the South China sea region.

The cause for this change of orientation is seen to be the antiJapan protests in China in 2004-05 that alerted Japan to diversify its interests from China to other Asian countries, specifically towards South-East Asia and India. Later, increased Chinese excursions into the East China sea and South China sea convinced Japan of its colonizing ambitions to capture the South China sea and to seize the control of the strategically important open water sea-lanes of communications and transportation.

The elephant in the room caused Japan to pursue the possibility of a coalition of the countries in similar circumstances and India fit the bill. No doubt, Abe’s greater emphasis on India stemmed from the intrinsic Japanese need to balance China.

In order to counter Chinese heft in terms of physical strength and manpower, Abe roped India in to beat China on the numbers count. As Brahma Chellany wrote in 2011, in the triangle between India, Japan and China, the sum of two arms (India and Japan) will always be greater than the third arm (China).

This thinking was the result of the vision that Abe had. For India, it turned out to be a win-win situation especially since it lacks the necessary capital to fund its overseas diplomatic projects.

The close cooperation between India and Japan have helped the former to overcome material glitches that are present on account of the funds-crunch.

Asia-Africa Growth Corridor is a case in point. Such projects allowed India to use its manpower and Japan to put in service its technological and material superiority to the best of diplomatic gains for both countries.

These gains have been possible because Abe could see that scattered countries could be brought together to make a formidable coalition. On the economic front as well, Japan has been one of the biggest investors in the Indian economy.

Japan has been also involved in infrastructural projects including the much-feted Delhi-Mumbai freight corridor.

There is no doubt that Abe’s legacy will be evaluated on the basis of the salience of his policies and whether his successors are able to achieve the goals of their predecessor, or if they will chart a different course.

However, looking at the Abe era from an Indian lens, what is visible is the period of a leader who took a leaf out of the book of Realpolitik and implemented it fully.

The writer is a Research Scholar, Centre for Political Studies, Jawaharlal Nehru University.