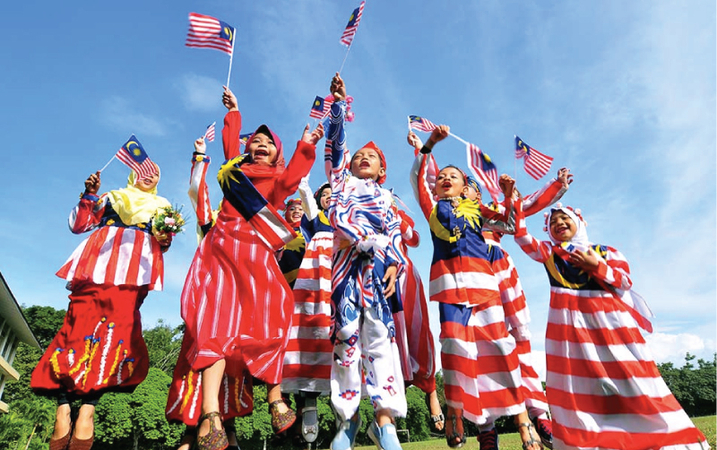 Without much choice, PPBM has finally opted to join Muafakat Nasional and work with his rivals-allies Umno and PAS. That said, these three parties have their own calculations and are wrestling among themselves for supremacy.

While Umno and PAS have vowed to support Muhyiddin as post-GE15 PM, this will remain an uncertainty until the day comes.

Ever since their tie-up, Umno and PAS have been largely invincible, having triumphed in successive state and parliamentary by-elections. This has given the two parties boosted confidence as they insist they can recapture all the 21 parliamentary seats lost to PH in the last GE on one-on-one fights, by virtue of their bigger combined votes vis-à-vis PH's elected candidates.

PPBM's base in Muafakat is weak and frail, and the party will not have too much say in the alliance.

PAS, meanwhile, is the least credible partner. Its president Hadi Awang is an opportunist who tied up with Umno to form MN and now collaborated with PPBM to register Perikatan Nasional, which Umno is not in favor of.

Straddling the two alliances gives Hadi bloated confidence, arguing that his party has never been disadvantaged once in all its past and present collusions.

In the 2013 general elections, PAS was still a component of Pakatan Rakyat, and under the guise of the "Orange Book", the party's "Islamic state" advocacy was painted as "welfare state", effectively removing the psychological barrier among the local Chinese voters who cast their ballots in favor of it.

PAS not only managed to capture more state seats, but also successfully expanded its clout from its East Coast home ground to central and southern parts of the West Coast.

PAS has never once attempted to conceal its ulterior motives of enacting the hudud law and erecting an Islamic state despite some strategic modifications over time. The party has learned to be more composed now, and is patiently waiting for the right moment to act.

With three Malay parties now come under the same umbrella, MN will only be more conservative, racist and religious. While the parties may have their own plans, their target is unitary in the face of an "imaginary foe" which Chinese Malaysians are made to portray.

An eventuality of monoracial politics is racial and religious supremacy of a single community.

These rogue politicians have openly defied the Federal Constitution as well as the sanctified principles of the Rukunegara. And PM Muhyiddin has opted to ignore.

To firm up their hold to power, many politicians have become selectively amnesic. They have forgotten how the three major ethnic communities worked together to fight for the nation's independence. They should follow the footsteps of the nation's founding fathers and uphold pluralism instead of embracing single-race politics. By this choice, they will take the country down the road of no return!

Save for PKR, there isn't another party that is veritably multiracial. Despite years of efforts, DAP has failed to lure the Malay electorate to this day. Although Gerakan Rakyat claims it is multiracial, its Malay membership is very insignificant.

What about Tun Mahathir? He is a 100% racist-opportunist. From Umno in the past, to PPBM set up before the 2018 general elections, to the newly established Pejuang after his expulsion from the party he founded a couple of years ago, all these are very much monoracial parties. Never once in his decades-old political career has he ever endorsed pluralism. No, not once in his two tenures as PM!

Former youth and sports minister Syed Saddiq looks like he is beginning to walk out of the old man's shadow, as he plans to set up a multiracial party by the youth and for the youth. Although such a party dominated by the youth may not gain much traction in our conservative society, it is nevertheless a great idea and nice attempt in toning down racism and breathing a new lease of life into the country.

Looking all around the parliamentary hall, you will not fail to spot a bunch of arrogant, ignorant and unruly old faces who love to make senseless, and at times, sexist utterances, not to mention rowdy interruptions by opposition lawmakers and a rogue elected rep who once condoned his son confronting a rival MP within the Parliament compound.

In a recent tweet, Syed Saddiq urges his million-strong followers to "remember these old faces" and vote them out in GE15.

The Parliament amended the constitution last year to lower the voting age and implement automatic new voter registration. In the next general election, there will be 3.8 million first-time voters above the age of 18, giving the new party proposed by Syed Saddiq a good boost. Let's hope these young leaders irrespective of race and religion will take the country further from here in the years to come.

The New Malaysia that many of us have been dreaming of is still nowhere in sight. Perhaps people my age will not get to see it in our lifetime, hopefully our children and grandchildren will.

While we can get disappointed, we must not give up hope!