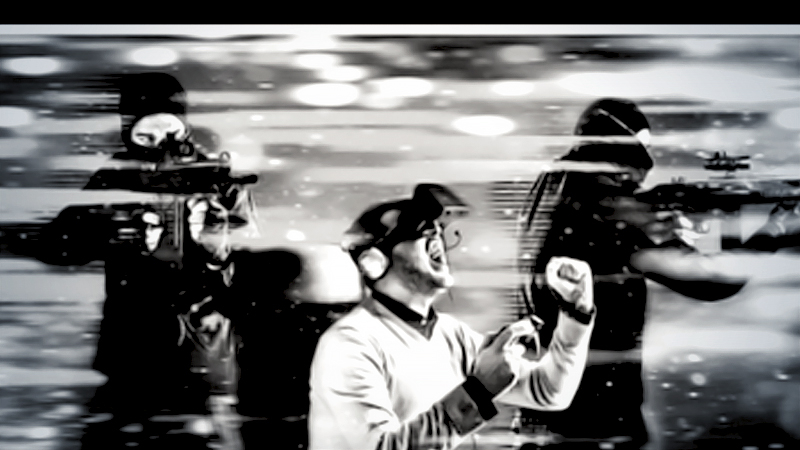 The effort of the Trump administration last month to restrict Huawei’s access to US-designed chips is yet another salvo fired in the US-China tech war. It threatens to compromise the company’s business of selling smartphones and telecommunication gear.

In December 2018, Canadian authorities arrested Huawei’s Chief Financial Officer Meng Wanzhou, daughter of Huawei founder Ren Zhengfei, on an American request, for allegedly breaching sanctions against Iran. The Trump administration banned the company from participating in laying down 5G networks in the US.

The Trump administration also mounted a high-profile, high-stakes, diplomatic pressure campaign in an attempt to stop its allies such as the UK, Australia, Canada, Japan, Germany, India, etc. from allowing Huawei to build their 5G networks. The US has repeatedly contended at every diplomatic forum that Huawei is a Chinese state-controlled company and allowing it in next-generation wireless telecommunication networks is a folly.

While Australia and Japan banned Huawei from their 5G networks, other countries refused or were reluctant to follow suit for a number of reasons.

First, they believed that the threats emanating from allowing Huawei in 5G networks can be mitigated by keeping Huawei telecommunication equipment in a ‘periphery network’ and excluding it from their ‘core networks’.

Second, the equipment provided by Huawei is cheaper than its competitors like Nokia and Ericsson.

The other reason was that in many countries including the UK, Huawei was part of their 4G telecommunication network. So, banning it from the next-generation network services would involve a huge cost in removing Huawei from existing wireless networks, which would also delay the roll-out of 5G networks.

Then in May 2019, when the US and China failed to finalize a trade deal agreed at the G-20 summit in Bueno Aires in December 2018, the Trump administration reimposed suspended tariffs and banned US companies including Qualcomm, Google, and Micron from selling chips and software to Huawei.

The move marked a major escalation because Chinese tech companies are dependent on US-designed chips and US chip companies’ major source of profit comes from selling chips to companies like Huawei.

The US chip companies found a legal workaround enabling them to continue selling chips to Huawei. The situation was a win-win for all. On the one hand, the US government could curb Huawei semiconductor development ambitions, and at the same time, the US chip companies could continue to generate profits. But Huawei survived although its ambition of self-reliance in semiconductors was undermined.

The Trump administration had also increased its pressure tactics on allies to force them to jettison Huawei from their next-generation telecommunication plans. Washington threatened Germany to revoke its intelligencesharing agreement if Berlin allowed Huawei into their next-generation networks.

But the pressure was not onesided. China warned countries that banning Huawei under American pressure would invite retaliation from Beijing in the form of economic sanctions. This puts the countries in a double bind. If they allow Huawei into their next-generation wireless networks, they risk losing their privileged position as the security partners of the US, and if they ban Huawei, they risk losing access to the second biggest market of the world.

In the initial weeks of 2020, it appeared that the US campaign against Huawei had been lagging. The UK government limited Huawei’s participation in its 5G networks but did not ban it completely.

The European Union recommended to its member states to limit the involvement of ‘high-risk’ vendors like Huawei in their telecommunications networks, but did not suggest an outright ban on the Chinese company. The first phase of the US-China trade deal in January 2020 also calmed the waters across the Pacific.

Then in July 2020, the UK government reversed its earlier decision and blocked Chinese tech companies from its 5G networks. The UK government has asked its telecom operators to remove Huawei equipment from their 4G networks by 2027.

The Indian government has reversed its earlier decision to allow Huawei to participate in 5G trials. Similarly, Israel has also announced the ban of Huawei from its 5G networks. Of all, the UK’s decision to ban Huawei was most eye-popping because it is part of the Five Eye – US, UK, Australia, New Zealand, and Canada – the English speaking countries’ intelligence-sharing network.

The Trump administration’s latest ban will force not only US chip companies but also foreign chipmakers because most of the semiconductor companies are somehow dependent on Silicon Valley companies for design and software to manufacture and install chipsets. Without help from American tech companies, most companies, if not all, will struggle to develop chips. And without these foreign chipsets, Huawei cannot or will find it difficult to build 5G base stations and other equipment.

So, the latest action of the Trump administration is somewhat tantamount to a death sentence for Huawei. China is likely to use every arrow in its bow to prevent the collapse of its national pride. But the digital decoupling between the two superpowers is already underway and it is going to cost additional billions of dollars for countries and delay the roll-out of 5G networks around the world.