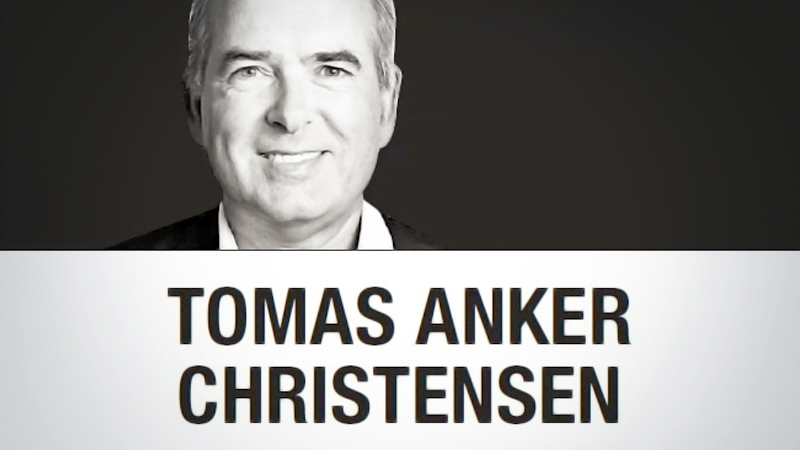 Korea was the first country I visited in my new capacity as Climate Ambassador last February. Denmark regards Korea as an important partner in green growth. The Korean Green New Deal cements my belief that we are heading in the same direction. It is a visionary moon-shot that can have implications for the lives of millions of people and generations to come in Korea.

While Korea initiated a 73.4 trillion-won Green New Deal, this June we adopted the Danish Climate Law setting our ambitious target of 70 percent emissions reduction by 2030. This will happen in a partnership between the government, the private sector, and institutional investors. Also, we are a member of the European Union, which recently agreed upon an economic recovery package of 750 billion Euros (roughly 1033 trillion won). Thirty percent will be invested in rapid green economic transformation. This fall, the European Union will increase its collective 2030-climate target significantly in addition to the 2050 target of climate neutrality.

From an outsider’s perspective, the Korean government’s decision could not have come at a better time. The strong push for green energy can turn Korea into the green energy and technology export hub of Asia. With China, Japan, and other Asian nations rising fast as contenders, the clock is ticking to secure first mover advantage in the region. This is how Denmark secured its leading position in Europe. Korea can emerge as Asia’s green powerhouse if the government’s strong political will is backed by swift action and viable business plans. Partnership between the public and private sector is key in speeding up the transition from black to green at scale.

Leading up to COP26 in Glasgow in November 2021, Korea, in a partnership with Denmark, will host the P4G Summit in Seoul. The focus will be on transformative partnerships and strong political goals. Business sectors, governments, and civil society will come together. For real impact on the ground our experience is that the private sector must play a pivotal role and take center stage in coming up with innovative solutions and present clear business models for changes to take place. We hope Korea will use the summit to set new ambitious climate and emissions reduction targets in line with the Green New Deal and the Paris Climate Agreement.

For those concerned that the Moon administration may be unrealistically ambitious, Denmark is living proof that going green before others is a lucrative and sustainable business. Denmark first started exploring renewable energy and wind power in the 1980s -- this was well before sustainability became a priority worldwide. Consequently, the green sector currently accounts for 6 percent of all private jobs and revenues in the green sector has increased by 31 percent since 2012. The number of green energy jobs in the industry grew around 10 percent yearly from 2014 to 2016. That is 10 times more than the average for Danish businesses,

Today Danish companies currently hold 40 percent of the market share of offshore wind in the EU. With the EU and the rest of the world increasingly pursuing wind energy, Denmark will continue to reap the benefits of being the first mover in wind. Recently, a study by the Danish clusters in the energy, wind energy, and shipping sectors, respectively, showed that 14,600 full-time equivalent jobs are created throughout the value chain for every 1GW of offshore wind generated in Denmark.

Denmark is continuing to push the envelope. With our eyes set on entering a new era of offshore wind, the Climate Law adopted last June includes building the world’s first “energy islands” with a combined capacity of up to 6GW. With this, we aim to secure more than enough green power for domestic use in homes and industries. The surplus will be exported to neighboring countries. The long-term goal is to connect the Danish islands to storage and conversion technologies for Power-to-X and synthetic fuels that can power ships, planes, heavy transport as well as cement, steel and aluminum industries. Here, Denmark is keen to collaborate with Korea for its cutting-edge technology in hydrogen power.

It took Denmark 25 years to increase its mix of renewable energy in electricity from 5 percent to over 70 percent today. Korea, a proven innovative fast mover, will probably be able to bring about results in at a faster pace. History shows that now is the time to build up the green sector, and I applaud President Moon Jae-in for taking the big first step in making this happen.

The President has set the goal of developing 12GW of offshore wind by 2030, and Korea becoming one of the top five countries in the world for offshore wind. I believe both are within reach. There are already Korean manufacturers in the supply chain for the global wind industry. All across the nation, in places such as Sinan, Mokpo, Ulsan, and Jeju, municipalities are investing in green transition. The Danish Energy Agency and Korean Energy Agency are strong partners, sharing knowledge and expertise on Danish models such as the “one stop shop” control tower system and a system for co-existence between stakeholders and local communities. Repurposing some shipyards and ports to house offshore wind facilities could support Korea’s efforts to become Asia’s top green exporting nation, not to mention have an immense impact on job creation, exports, the revitalization of local economies as well as public health.

While some decry the high costs of renewable energy in Asia, offshore wind has already seen dramatic cost reductions in Europe. In fact, coal power plants are increasingly viewed as stranded assets and renewable energy is actually cheaper in many parts of the world. It is a golden green opportunity for an Asian country to assume leadership and set the vision for the next economic leapfrog of the region. The competition is fierce and both the planet and people will gain prosperity when done right.

Tomas Anker Christensen is the Climate Ambassador of Denmark. -- Ed.