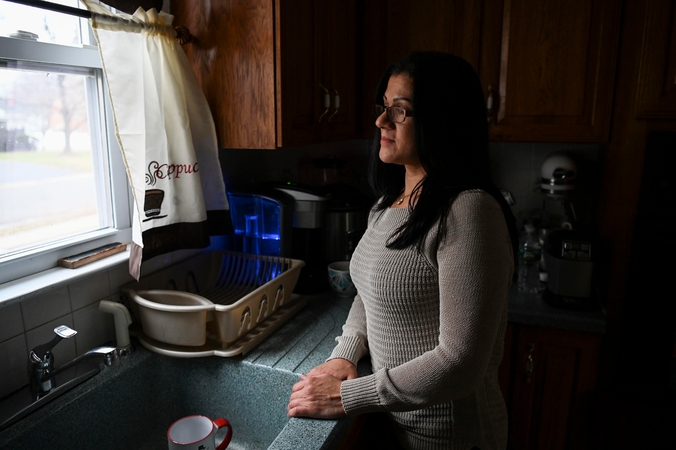 An 8-month-old baby. An undocumented tennis instructor. A homeless man. A fluffy cat famous for his jaunty mustache. Doug the Pug. A Donald Trump impersonator. Trump's personal housekeeper. And possibly every taxi driver, hairdresser, dishwasher and American salaried stiff. All of them - most of us - have paid more into the U.S. tax system than (the real) President Trump.

That New York Times story that showed Americans how little Trump reportedly paid into our nation's tax system - just $750 some years, zero in others - hit most Americans where it hurts.

"It's pretty hypocritical," said Adrian Escarate, a former tennis pro and current communications manager who is a DACA recipient and has been paying taxes since 2013. "Especially when you see the billions of dollars in taxes paid by immigrants."

The Internal Revenue Service even takes an extra $100 out of Escarate's bank account every month for the earnings he made before he became a DACA recipient.

He's making sure to give every penny he owes. Unlike Trump's puny contributions.

So much for death and taxes, eh?

We learned that Ben Franklin and the predecessors who called those the two certainties of life are wrong, at least in Trump's case. That revelation was especially painful to taxpaying Americans such as Sandra Diaz.

When Diaz saw the story on what her former boss paid, she was upset.

"All my undocumented colleagues who worked for Trump paid taxes and social security and got no benefits," Diaz wrote in a tweet.

"That is fine," she wrote. "What isn't fine is that our boss, Donald Trump, only paid $750 a year in taxes and calls all immigrants dead beats."

The news of Trump's tax returns hurt because so many people pay into a system that he's gaming and continues to game, even as he occupies the taxpayer-supported White House.

Other folks who don't live in homes they're paying for are nevertheless paying their taxes if they're working, some even more than $750 a year, one of the attorneys at the Washington Legal Clinic for the Homeless told me.

Even little Grayson Ballantine, who couldn't yet walk when he first drew an income, paid his fair share.

"When my son was 8 months old, he was in a movie for three minutes," said his mom, Holly Ballantine. "And he paid more taxes than Trump."

That was in 2012. And Grayson's $72 in taxes were more than Trump paid that year, Ballantine said, which was zero.

"[Grayson] doesn't remember it at all but loves to tell people about it," she said. She remembered it this week because it seemed so absurd given the news about Trump's tax returns.

Grayson's not the only celebrity who believes he's not above paying his own taxes.

Hamilton the Hipster Cat, a fluffy, gray chap with a remarkably jaunty mustache who has a vibrant Internet life with merchandising spinoffs, has been paying more than $750 since 2013, when he became Internet famous, a source close to the feline told me.

To make sure I'm bipartisan about this, I checked in with Doug the Pug, another four-legged megawatt celebrity.

Doug told me that he has paid more than 750 dog treats every year since he became a big cheese. (And yes, the humans close to him confirmed that means they've paid well more than $750 worth of dog treats in taxes.)

And although John Di Domenico is one of the premier Trump impersonators - he's been doing Trump since 2004 - he's not taking this thing too far and skipping on the taxes, too.

"No, I was a Boy Scout. I've been a good boy when it comes to that," Di Domenico told me while driving through the San Bernardino mountains on his way to do something with the Jimmy Kimmel show. "I paid every penny of taxes I owe."

Most working actors like to keep those numbers close to their chests. But Di Domenico told me his annual tax bill comes to roughly half of what Trump said he spends on hair.

"What really got me was the hair," he said, about the $70,000 tax deduction Trump reportedly took for hair styling.

Petula is a columnist for The Post's local team who writes about homeless shelters, gun control, high heels, high school choirs, the politics of parenting, jails, abortion clinics, mayors, modern families, strip clubs and gas prices, among other things. Before coming to The Post, she covered social issues, crime and courts.