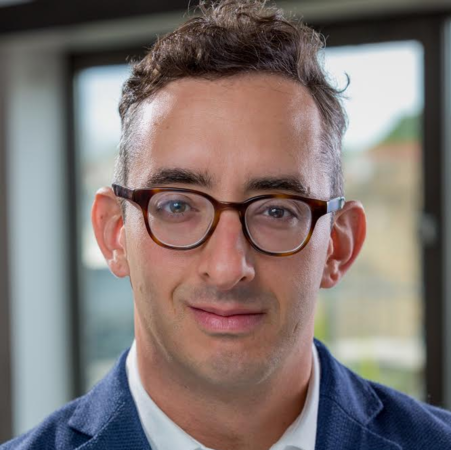 By Special To The Washington Post · Ron Knox · OPINION, OP-ED

This week, Congress released a report on big tech monopolies that makes clear what so many Americans instinctively know: A handful of powerful corporations rule over our lives and our economy.

The report details the actions the four big tech platforms - Amazon, Google, Facebook and Apple - have taken in gaining and preserving their monopoly power across numerous markets. (Amazon CEO Jeff Bezos owns The Washington Post.) The report's prescription for undoing their power is just as clear: We must break them up. Alongside this essential recommendation, the report also calls for strengthening the antitrust laws and adopting new rules to ensure the dominant platforms do not exploit their power. If we fail to confront the tech monopolies head on, the report argues, we relinquish our control over the way we shop, sell and speak to one another.

While the report itself falls in line with the other great anti-monopoly documents in the history of the U.S. Congress, it also situates the big tech companies in their historical context, likening them to "the kinds of monopolies we last saw in the era of oil barons and railroad tycoons." That's a valuable approach, because the United States can allay the situation the report describes only if policymakers situate it in its proper historical context. The big tech companies may be relatively new, but their monopolistic practices aren't unique. And neither are the remedies - or what would happen if Washington implemented them.

A century ago, another cabal of powerful businesses controlled much of the American economy. It was the dawn of the formal American anti-monopoly movement. The Sherman Act, our first antitrust law passed some decades before in 1890, had been successfully used to break up the most notorious monopolies of the time, Standard Oil and American Tobacco. But despite these early victories against corporate control, the rot at the heart of the economy persisted.

Wall Street financiers, led by J.P. Morgan, bankrolled industrial titans in their pursuit of monopoly. Rather than the American people or a democratic market picking winners and losers, Morgan's capital paid for the mergers and permitted the cutthroat pricing that created U.S. Steel, AT&T, General Electric and the railroad monopolies. As Harvard University historian J. Bradford De Long wrote, "Morgan and a small band of fellow financiers exercised a degree of control over corporate America not even remotely paralleled by any group since World War II." The public called this dominance over the democratic market "the money trust."

The House convened a group of lawmakers, led by Rep. Arsène Pujo, to investigate the money trust and its effect on major U.S. industries. The Pujo Committee's findings led to major reforms, including the passage of the Clayton Act, which banned corporate concentration through mergers and barred people from controlling an industry by sitting on the boards of directors of competing companies. At the same time, Congress created the Federal Trade Commission to use the new law to fight and prevent monopoly power.

Congress's democratic intervention worked. By January 1914, as Congress and the public chastised the money trust, Morgan announced he would withdraw from more than two dozen directorships. Although the grip of Wall Street finance wouldn't be fully broken until the Great Depression and passage of the Glass-Steagall Act two decades later, Morgan had relinquished control of the railroads and AT&T.

The reform project stalled during the First World War and, with persistent bad actors in the economy, monopoly power would rise again. After a series of economic shocks, President Franklin Roosevelt in 1938 sent a letter to Congress charging its members with ending, once and for all, the reign of concentrated corporate power. Congress responded by creating the Temporary National Economic Committee - the "monopoly committee" as it was better known - to investigate a broad swath of American industry for the existence and abuses of concentrated corporate power. The committee published its findings in 1939, just as the war against fascism raged in Europe. In its report, the committee correctly worried that "the democracies might attain a military victory over the aggressors only to find themselves under the domination of economic authority far more concentrated and influential than that which existed prior to the war."

After World War II, President Harry S. Truman took up the findings of the monopoly committee's report and the anti-monopoly cause once again. In his State of the Union address in 1950, Truman told Americans that if the country did not address its monopolized economy, the country could fall under the control of groups so powerful they would "be a challenge to democratic institutions." That year, Congress followed the committee's findings and amended the antitrust laws to prevent vertical mergers that built powerful conglomerates. Before its passage, government lawsuits to block mergers were rare. But from 1956 to 1960, the antitrust agencies sued 78 times to stop corporate tie-ups, leading to case law that remains crucial to preventing monopolies today.

From the New Deal through the 1960s, these democratic reactions to rising monopoly power, through both antitrust reforms and worker protections, created a prosperous and largely decentralized economy. In the mid-1960s, there was a far narrower gap between the incomes of the top and bottom earners in America than today. By the late 1970s, when data was first collected, the creation of new businesses stood at an all-time high. This middle class prosperity was not shared equally among all Americans. Black and Latino communities were largely and often intentionally left out of the New Deal programs that lifted many White families into the middle class. That has yet to change - median income for Black and Latino households lags behind White households at almost exactly the same rate today as in the 1960s.

In late 1967, President Lyndon Johnson secretly organized a task force to review concentration in U.S. industries and recommend how the antitrust laws could be changed to reverse it. Despite the previous attempts to curb monopoly power, many American industries were controlled by just a few companies, which tended to raise prices together or cut into supply until prices, and profits, went up.

While a few bills were introduced that would have allowed the government to break up concentrated industries, they never received a vote. The report's release also coincided with the end of the Johnson administration. President Richard Nixon, no friend of antitrust reform, instead commissioned his own industrial study that reached just the opposite conclusion - that concentration in American industry did no harm. Behind it all was the creeping influence of the pro-monopoly Chicago School that would eventually rise to power under Reagan - and is still today desperately clinging to influence within the government. That ideology has led directly to our economy today: dominated by concentrated corporate power, with fewer new businesses than ever before and staggering economic inequality.

Today, with Congress's powerful big tech report in hand, we're faced again with a choice between democracy and monopoly. Congress's report makes clear that these corporate titans have flouted antitrust laws in ways that not only subvert the functioning of industry, but that threaten the foundations of our democracy: strong communities, a trust in the news we read and watch, fair wages for work, and the right to succeed or fail in a fair and open marketplace.

Drawing on more than a century of anti-monopoly practices and policies, the report suggests legal changes that would repair and diversify our economy. Powerful tech platforms, bloated through acquisitions, should be broken up in ways that ensure they can no longer leverage their monopolies to take over other markets, the report says. The merger laws should be strengthened to prevent the kind of takeovers that created the tech titans and nearly every other monopoly in America. Our anti-monopoly law should be expanded to make clear that overcharging and locking in customers, spying on rivals or abusing workers by a dominant company is illegal. The list of proposed updates to the law is long.

The report calls on Congress to pass laws reinforcing the democratically set rules of our core antitrust statutes and their amendments. Over the last century, lawmakers studied monopoly power and passed legislation to curb it. Now, however, a half century of pro-monopoly court decisions have undone that democratic intent, allowing companies to build monopolies and buttress them through predatory pricing, forcing customers to buy products and services, and gouging small businesses that rely on the monopolies to sell and ship their goods. In that way, this report is a reclamation project. This is our democratically elected representatives taking power back from monopoly, manifested in a 450-page declaration that both looks back at our proud anti-monopoly history, and forward to a more hopeful future.

Should Congress fail to act, as it did in the 1960s, it risks handing over our economy and our democracy to the powerful private interests Americans have fought for a century to keep at bay. As the report says, "These firms have too much power, and that power must be reined in and subject to appropriate oversight and enforcement. Our economy and democracy are at stake."

Knox is the Senior Researcher and Writer at the Institute for Local Self-Reliance.