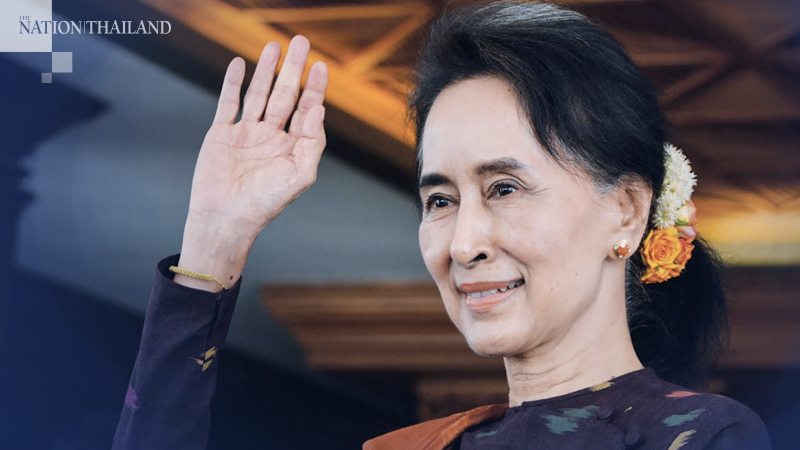 By Htun Aung Gyaw
Special to The Nation

Myanmar’s ruling National League for Democracy (NLD) led by Aung San Suu Kyi is preparing for national polls on November 8. But this time around, the election is taking place amid talk of a huge China-backed operation to subvert the vote.

The NLD’s main rival, the army-backed USDP, was overshadowed after an outfit called the UDP or “Rose Party” sprang forward to field 1,130 candidates – second only to Suu Kyi’s party.

After the UDP (Union Democratic Party) emerged as the second-largest election contender, people started digging into the past of its founder, Michael Kyaw Myint.

It turned out that Kyaw Myint was a fugitive from justice, having escaped from Mandalay prison in the 1990s while serving nine years for breaking investment laws.

Kyaw Myint fled to the United States, before moving to Canada in 2002 and applying for asylum as a refugee.

He then broke Canadian laws on insider trading by spending millions on shares in a company while party to undisclosed information about its negotiations for a biodiesel project in China. He was caught, fined CAN$1.5 million and banned for life from trading.

The episode prompted questions over how a Burmese fugitive was able to transfer millions of dollars for his business dealings. Where did the money come from?

Burmese sources living in Canada offered a clue: Kyaw Myint was very friendly with the Chinese Embassy in Canada and was reportedly using a Chinese passport to travel to Europe and China.

More interesting still was that Kyaw Myint was accused of laundering drug money for the United Wa State Army in the 1990s.

In 2010, he had enough money to launch the UDP and pay monthly salaries for party organisers and leaders. For the next 10 years he spent millions of dollars secretly funding his network of party organisers in villages and townships. His party contested the 2010 and 2015 elections but failed to win a single constituency.

In 2013 the fugitive Kyaw Myint took over as UDP chairman.

That same year, he and his party’s executive met with the Chinese ambassador Yang Houlan on December 31, according to a news post at the Chinese Embassy in Yangon.

The Chinese ambassador’s friendly meeting with the fugitive party chief was questionable, to say the least.

On September 22 this year, Kyaw Myint was exposed as an escaped convict by news journal Myanmar Now.

He was arrested by police, who found out he had 23.5 billion kyat (about US$18 million) in his possession.

After an investigation, the President’s Office said Kyaw Myint had violated anti-money laundering laws by receiving 16 billion kyat ($12.2 million) from China in 2015 and conducting illegal business activities. The investigation also found he had used the money to fund the UDP, in violation of election laws. The Union Election Commission promptly disbanded his party.

Sources inside Myanmar said evidence pointed to Kyaw Myint being a member of the Chinese Communist Party who was assigned and funded by Beijing to subvert Burmese politics. In response, politicians, lawyers and activists voiced worries that vote-buying could see Myanmar slide into China’s hands in the near future.

Meanwhile as the election draws near, the ruling party and its main opposition USDP are criss-crossing the country in motorcycles and cars decorated with their party flags. Polls in the United States and Myanmar are going ahead despite the raging Covid-19 pandemic.

But in Myanmar, political parties are complaining that the ruling party is using disease control rules to restrict campaigning by its rivals. Also, candidates need to submit their speeches to the Union Election Commission (UEC) before speaking on state-run television.  The UEC has been accused of censoring candidates’ speeches, including their policies and concerns about Burmese politics.

88 Generation leader Ko Ko Gyi, who recently formed the People’s Party, and Aung Moe Zaw, chairman of the New Society Party, cancelled their appearances on state-run television because of the censorship. Journalists and rival politicians have expressed dismay that the government of democracy icon and Nobel Peace laureate Aung San Suu Kyi is violating the basic human right of free speech.

Journalists are also complaining that their Facebook posts are being blocked or suppressed if they criticise Suu Kyi’s NLD. Facebook Southeast Asia representative Rafael Frankel denied accusations of suppressing political opinions. But in reality, one of my own Facebook posts in Burmese, pointing out the weak and strong points of the NLD and its army rival, was denied the “boost” feature, with Facebook commenting that the post might influence the coming election result.  This means someone in the Facebook team who understands Burmese had judged my article and decided to suppress it. Coincidently, Suu Kyi is reportedly spending $6 million to monitor Facebook for fake news and hate speech.

Ethnic solidarity vs the NLD

In another development, ethnic political parties have learnt a lesson from the 2015 elections, when they were criticised by their people for not working together. Now, the Kachin, Chin and Mon parties have united and are competing as one party in the elections.

Several new parties emerged in 2019 and 2020 after splitting from the NLD. Ko Ko Gyi formed the yellow-red flagged People’s Party (PP) when only one member of his group gained NLD endorsement to run in the 2015 election. Meanwhile the People Pioneer Party (PPP) is led by former NLD MP Thet Thet Khine, who criticised Suu Kyi openly before resigning to form her own party, which has adopted blue colours.

Retired General Shwe Mann, once No 3 in the junta government and a former House speaker, has formed his own electoral outfit called the Union Betterment Party (UBP; yellow colours). All the parties command a following.

The PPP, UBP and UDP are financially strong but the Peoples’ Party receives strong support from activists frustrated with the NLD government’s performance and looking for alternative leadership.

Flags of red, yellow, blue, and stripes will fill the air come Election Day on November 8. Ethnic parties are hoping to win in their respected states and form a coalition government. All are competing to make their own dreams a reality.

The NLD won a landslide in 2015, gaining 80 per cent of the seats – but this year will be different. The ruling party is set to lose some constituencies in the ethnic states, but still win enough seats to form the new government. However, mystery still shrouds the NLD’s fate after the election, when it will face two big challenges: boosting the Covid-hit economy and changing the military-scripted 2008 Constitution to a Federal Union Constitution.

Htun Aung Gyaw is a former president of the All Burma Students Democratic Front (ABSDF) who later studied at Cornell in the US.