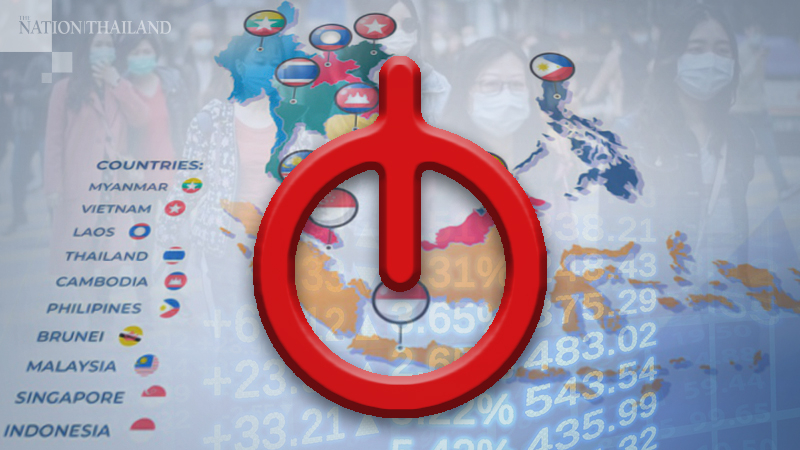 Indonesia can be a powerhouse

In every crisis, new opportunities emerge.

The Covid-19 pandemic has had a strong impact on global trade networks and shipping routes, with logistics suppliers grappling with disruptions and economic slowdowns.

The pre-Covid-19 globalised world has come to a halt. The question facing governments and corporations alike is what comes next? How will global supply chains shift and reform? How can Indonesia boost its manufacturing capacity? How can we harness the potential of the digital revolution to strengthen the economy, and lastly, how can we make these advances sustainable?

Coordinating Economic Minister Airlangga Hartarto recently said the government is working hard to attract international investors looking to relocate their factories from mainland China. If successful, this could position Indonesia as a major manufacturing powerhouse.

Companies looking to diversify beyond mainland China will need to set up a new base for their operations, and Indonesia is an attractive choice. Indonesia has several strategic advantages over its competitors in the region. It is rich in natural resources, has a large domestic market and a ready pool of productive workers.

Indonesia already has a vibrant e-commerce sector, which last year was valued at US$21 billion (S$28 billion) in gross market value, making the country the largest e-commerce market in South-east Asia.

All members of Asean are working hard to revive their economies and mitigate the economic impact on the most vulnerable members of their societies. To this end, Asean leaders are expected to launch the Asean Pandemic Recovery Fund next month to help fill the region's US$2.8 trillion infrastructure gap over the next few years as well as providing more immediate economic stimulus.

Linking the Asean Pandemic Recovery Fund to climate and sustainability commitments will go a long way to reduce the impact of climate change on the region's economies and peoples.

Although the 4.9 per cent year-on-year growth of the Chinese economy in the third quarter was slightly below some forecasts of 5 per cent to 5.5 per cent, the economic data announced by the National Bureau of Statistics last Monday remains encouraging.

Not only does the gross domestic product growth signal that the robust recovery of the second quarter has been maintained, but more importantly, almost all the leading economic indicators give cause for optimism that the recovery momentum can be maintained.

All sectors had encouraging data that boosted their performance for the year so far, with agriculture pushing its third-quarter growth to 2.3 per cent, and industry and the service sector growing by 0.9 per cent and 0.4 per cent, respectively.

The positive trade data shows China has quickly adapted to the fast-changing external environment, as it reflects positive trade growth with all of its major trade partners, including the United States.

Despite consumption replacing investment and trade as China's largest growth driver five years ago, robust trade is still of vital importance for creating jobs, stoking innovation and expanding opening up.

China and US economies diverge over coronavirus response

While China's recovery is clearly gathering steam, offering hope for the struggling global economy, National Bureau of Statistics spokesman Liu Aihua cautioned that "the economy is still in the process of recovery".

Despite the across-the-board improvements, the foundation for sustainable recovery requires further consolidation due to global uncertainties and uneven performance at home, as Ms Liu said. That requires that the new dual circulation pattern be reinforced with supply side structural reforms.

There appears to be little that the government can do to contain the wave of job losses affecting overseas Filipino workers (OFWs), given the global economic downturn. And much of its limited cash resources have been redirected to efforts to contain the spread of Covid-19 and mitigate the impact of the crippling lockdowns, especially on poor households.

With millions out of work and hunger pangs across the populace felt more keenly than at any other time, according to surveys, the government and the private sector need to work together even more closely to address the bleak situation.

In particular, programmes have to be put in place to accommodate the tens of thousands of Filipino contract workers now streaming back into the country and swelling the ranks of the local unemployed.

They need to be reintegrated back into the domestic economy, and the assistance should be more than just free entrepreneurial and information technology training and financial education.

The projections that the number of deployed Filipino workers overseas could fall by about 300,000 this year, to add to the millions already out of work, mean that the country will be facing unprecedented levels of joblessness and want in the months ahead.

Reviving the economy to provide work for everyone, especially displaced skilled OFWs, should be the biggest fire lighting up the government's bum at this time.

Budget to the nation's rescue

On the back of a worsening virus outbreak, economic downturn and expected sharp decline in the Malaysian government's tax revenue in the coming year, how is the Prime Minister going to come up with a fiscal budget that will benefit the people to take care of their livelihood while promoting sustained operations of local businesses? The long-term sustainability agenda should be an effective solution in the upcoming budget.

First, the International Monetary Fund reported that Malaysia's gross domestic product (GDP) will shrink by 6 per cent or almost RM92 billion (S$30 billion) this year. As such, tax revenue next year is expected to dwindle drastically, meaning the government will not have sufficient funds to develop the country, and this will impact the lives of ordinary citizens. New sources of income need to be explored in order to expand the Treasury's financial capability.

Second, it is imperative for government departments to cut their expenses during this critical moment.

Third, last year's budgetary deficit was at 3.2 per cent of the GDP, and increasing the budget deficit will likely be a hurried and important option for Prime Minister Muhyiddin Yassin. He may have to fix the near-term problems first and pin his hopes on a strong recovery next year.

Fourth, the government needs to address the issue of poverty among the people. Currently, the total income of the lowest 20 per cent stands at about 5.9 per cent of the total income. Their per capita income is merely US$3,313 (S$4,500), or about RM1,160 per month.

• The View From Asia is a compilation of articles from The Straits Times' media partner Asia News Network, a grouping of 24 news media titles.