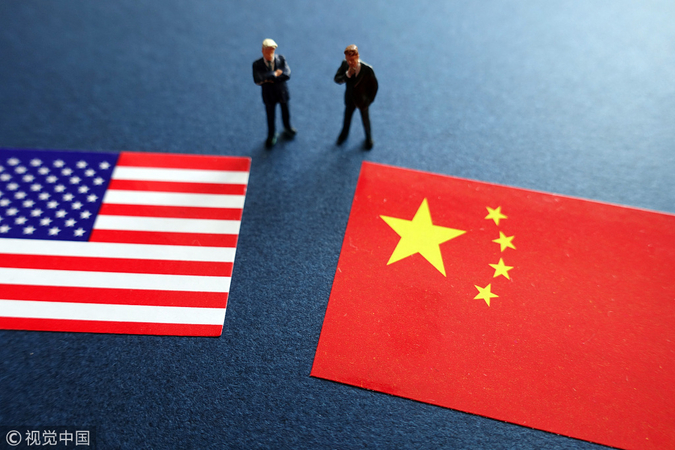 By Special To The Washington Post · Stewart Baker · OPINION, OP-ED

I have been in government for three changes of administration from one party to the next, and there is one mistake the new team always makes. Winning a presidential election feels like proof that you're smarter than the other side and in better touch with the desires of the American people. That makes it easy to reject everything the previous administration did and simply restore the old order.

But invariably much history has unfolded in the previous years, and that can't be ignored. Assuming the electoral vote holds, President-elect Joe Biden's team will find that one of the most significant changes during President Donald Trump's time in office has involved America's economic relationship with China.

Officials in the new administration may not like the way Trump confronted China over trade. But the trade war is entrenched on both sides now; it isn't something they can wish away. And the Chinese supply-chain interruptions we've seen during the pandemic will pose a risk in any future conflict.

How to deal with the risks to homeland and national security posed by trade with China (and Russia) is the focus of a report by the Department of Homeland Security Advisory Council that is scheduled to be released Thursday. I took part in the study, which reinforces and adds to recent bipartisan supply-chain recommendations of the Cyberspace Solarium Commission.

The danger from U.S. dependence on trade with China has been growing across more than three decades. Administrations before Trump's clung to an increasingly forlorn hope that opening U.S. markets to Chinese goods would mean cheaper materials for U.S. industries and a growing Chinese commitment to democracy and open markets.

By 2016, though, China's aims were clear: Create a domestic alternative to practically every technology it bought from the United States, then allow these Chinese tech companies to squeeze out their Western competitors. Safe from competition at home, the flourishing Chinese companies could target foreign markets, too. Meanwhile, the doctrine of "civil-military fusion" would ensure that the People's Liberation Army benefited from its domestic commercial technology development.

That was the moment when many Americans realized that relying on Chinese imports was not the same as relying on imports from, say, Mexico or Italy. In a crisis, when the imports mattered most, they might be held hostage to China's national-security priorities.

One theme stands out in the reports by DHS's Security Advisory Council and the Cyberspace Solarium Commission: The United States, facing a major competitor that embraces state-directed industrial policies, must undertake defensive industrial planning of its own. Yes, America is temperamentally and ideologically opposed to such policies, but the nation has taken such steps before, during the Korean War, amid Cold War tensions in the 1980s - and just this year, in allocating scarce medical resources during the covid-19 pandemic.

It is time to rebuild those capabilities purposefully, under a coordinated plan that identifies and ensures the security of industries that the U.S. economy and its military rely on in a crisis.

Central to planning for future crises is the DHS, which might as well be called the Department of Horrible Surprises, given that it is already responsible for responding to everything from hurricanes and terrorist atrocities to cyberattacks on civilian infrastructure. The department's cybersecurity agency already includes a risk management arm that knows which parts of the nation's infrastructure must function in a crisis. The Federal Emergency Management Agency already plans for recovery from disasters.

DHS agencies charged with planning for disaster need to ask whether the nation's response could be derailed by an adversary country that controls the supply of critical components. And given its authority to engage directly with U.S. private companies in a way the rest of the intelligence community cannot, DHS should become the center of a broader joint supply-chain intelligence effort that works more closely with the private sector, where most of the country's purchasing power and most of its risk can be found.

Biden is already signaling that he wants to use Cold War authorities to overcome the supply-chain challenges posed by the pandemic. That's a good first step. But in the next crisis, the shortages could be in electric transformers or rare earths or basic computer components - and we'd better be ready.

Baker is a former assistant secretary for policy in the Department of Homeland Security.