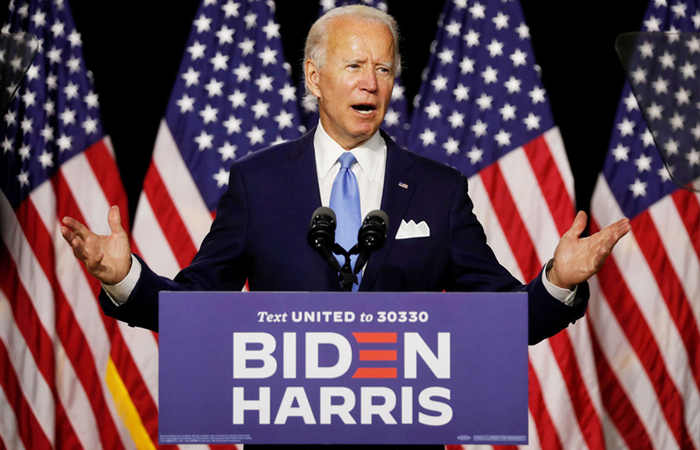 When the first photos of US President-elect Joe Biden standing with Vice President-elect Kamala Harris were released, it would not have been wrong to describe the image as representing what “America looks like.” Biden stood as an image of the America the whole world has recognized for centuries: white, male, accomplished, and armed with seniority not just of age but also of experience.

Harris, on the other hand, stood for everyone else: A woman, the child of immigrants who were themselves Jamaican and Indian, but their daughter standing in for other ethnicities like Native American, Latina, Asian, and other women who have felt excluded from the arenas of power and representation simply because they were born as the “wrong” gender, lineage, and/or skin color. And might not they include, too, members of the LGBTQ+ rainbow tribe?

In her address to the nation when the results of the election were first made known, Harris explicitly singled out her sisters who hoisted her—and other sisters like her—on their shoulders through centuries of struggle. They were, she said, “women who fought and sacrificed so much for equality and liberty and justice for all. Including the Black women who are often, too often overlooked but so often proved they are the backbone of our democracy.”

These women, she pointed out, “worked to secure and protect the right to vote for over a century. One hundred years ago with the 19th Amendment. Fifty-five years ago with the Voting Rights Act, and now in 2020 with a new generation of women in our country who cast their ballots and continued the fight for their fundamental right to vote and be heard.”

And indeed, they made themselves heard.

An NBC News exit poll of early and Election Day voters showed how Americans of color and of various ethnicities banded together to deliver for the Biden-Harris ticket. Fully 87 percent of Black Americans and 61 percent of Asian Americans voted Democrat in this month’s polls, as opposed to 41 percent of white voters. And observers say a huge chunk of those Democrat “blue” votes were cast by women.

A CNN commentary notes that “the California senator’s history-making win also represents the millions of women in the demographics—often overlooked, historically underrepresented and systematically ignored—who are now the recipients of that new power for the first time in (the United States’) 200-plus-year history.”

Her bid for the second-highest office of the land is, says the same commentary, “a pure distillation of the complex joy of representation.” During the frenzied campaign, Harris “made space for women of color to tell their lived experiences during campaign events on the trail.” Thus, “certain voters felt, in today’s parlance, seen.”

But there are sobering realities, too, behind and beyond Harris’ historic electoral victory. “That Harris is the first female, first Black and first South Asian vice president-elect is both an affirmation of her excellence… and a reflection of the racism and sexism that punish women of color who run for executive office,” notes the CNN commentary. “And while it’s true that Harris (has) achieved yet more firsts, it’s maybe more accurate to describe these firsts as onlys—she became the only female, only Black and only South Asian vice president-elect. That framing shines a less flattering light on America. But it’s more honest. It also hints at possibility—the possibility that Harris… opened up the door for women and girls who look like her to follow, to claim power for their own.”

The opening of that long-closed door, a key moment in the continuing fight toward engendered, inclusive, and diverse politics, is one that migrant parents took to heart after Harris’ victory.

“As a mother and as an immigrant, when you come here, your perspective is, I’m going to work so hard because what you’re told is America is the land of the free, that everything is possible,” Flavia Magala, a 57-year-old voter from Oklahoma, told Time magazine. “Whatever I haven’t been able to do in life, I wanted to put it all in my kids. For me, to see Kamala in this big position, it’s like all immigrant mothers, all Black mothers, all Asian mothers can breathe, and know that the excellence that they dream for their daughters is possible. The ceiling is broken because somebody has broken it.”

In the same Time article, a mother in Virginia recalled that when she told her 7- and 8-year-old daughters about the possibility of a first woman of color to be the vice president of the United States, her younger daughter immediately asked: “Does that mean I can be president?”

Yes, she can. The invisible but all-too-real glass ceiling has been broken, and girls, in America and elsewhere, may now dream bigger and feel more confident that when they walk on the shards of prejudice and sexism, they will be following in the footsteps of sisters who fought to make way for them.