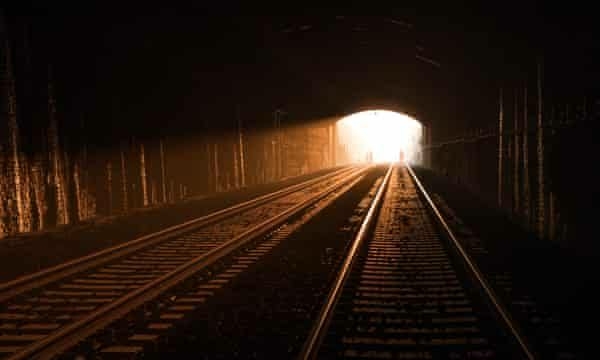 Putting up the Christmas tree over the weekend, I was reminded once again of all the plans that came to naught this year, including long-planned trips.

Among the ornaments that hang on the tree are baubles and trinkets bought on trips abroad -- a rough, handmade snowman bought at an Amish village in Pennsylvania, a Tiffany-style glass ball picked up on a rushed weekend trip to New York. Collected over the years, they remind us of our times there. It goes without saying that there were no new ornaments this year -- except for the red felt cloth cross that my daughter bought at Ely Cathedral in England just before the pandemic forced her to return early from her junior semester abroad. Looking for just the right spot on the tree for the cross, I was nevertheless grateful that the family was together and that we were all safe.

It has been a year like no other for everyone around the world. The news of a cluster of pneumonia cases in the Chinese city of Wuhan came to our attention at the end of last year and within a few weeks, the world learned about the emergence of a new respiratory illness, one that is highly contagious and sometimes fatal. Nearly a year later, the world is in the throes of yet another surge of the novel coronavirus.

Without sure means of preventing the spread of the disease, many countries have gone into various forms of lockdown. With its roots going back to the medieval practice of sealing off villages to prevent the spread of the bubonic plague, the word “lockdown” has an air of fatality about it. In the 21st century, with all its technological and medical advances, humans find themselves hapless against an invisible virus that has sickened more than 60.1 million people around the world and killed more than 1.4 million. No country has been spared the virus.

Around this time of the year, Christmas lights light up the streets, carols blare out from shops and merrymakers fill restaurants and bars, celebrating the year-end. But not so this year.

This week came the news of yet another successful COVID-19 vaccine trial, meaning that three vaccines developed by Pfizer-BioNTech, Moderna and AstraZeneca-Oxford University will be made available as soon as they receive regulatory approval.

The vaccine developed by AstraZeneca and Oxford University is reported to be 90 percent effective depending on the dosage, and the other two vaccines report 95 percent effectiveness. There is a light at the end of the tunnel, after all.

Not all countries will have quick access to the vaccines, however. While vaccinations could start as early as mid-December in the US, vaccine rollout in South Korea is expected in March or April next year.

How we ensure that the vaccines are distributed fairly and that the poorest and the most vulnerable are not left out is perhaps the next big challenge for the world. How do we make sure that it is not just the wealthy nations that have access to the vaccines, that the poorer countries will have equal access?

The recent virtual G-20 summit concluded without any concrete action plan for equitable distribution of lifesaving vaccines, leading German leader Angela Merkel to express concerns that poorer countries would not benefit from the vaccines, leaving billions of people unimmunized.

Speaking at a meeting hosted at the Moroccan ambassador’s residence in Seoul earlier this week, International Vaccine Institute Director General Jerome Kim echoed the same concerns. Noting that wealthy countries have secured the first 2 billion doses through preorder, Kim warned that without equitable distribution, we could see a doubling of global deaths.

As UN Secretary-General Antonio Guterres has said, “None of us is safe until all of us are safe.” No effort should be spared in getting COVID-19 treatments and vaccines to everyone who needs them.

Kim Hoo-ran is the culture desk editor at The Korea Herald. -- Ed.