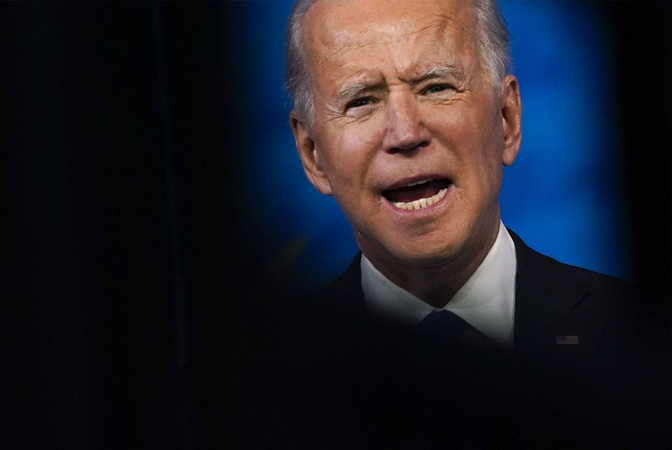 2020 must be one of the toughest years in living memory.

In one year, more than 300,000 people died from coronavirus in the United States, more than the number killed in four years of her involvement in the Second World War.   World growth is down between 5-7 percent and many millions are struggling with their health, jobs and livelihood.  Many more millions have been driven below the poverty line.

What does the coming 2020s decade portend?   Instead of predicting an unknowable future, let’s paint three possible scenarios - using the Italian spaghetti Western movie title, the Good, the Bad and Ugly.

The good scenario is that the incoming Biden Administration will heal America, rebuild the multilateral order, growth will recover in 2021, global trade tensions are reduced, and continued trade will bring better cooperation amongst the Great Powers.  Gradually, climate change issues are addressed, social inequality is reduced, there are better jobs from green infrastructure investments, and we have a decade of peace and prosperity.   Stock markets will continue to rise as central banks commit to low interest rates, whilst technology companies are rewarded for game-changing innovation.

The bad scenario is more muddling through.  This was the opportunity missed during the last 2007/2009 global financial crisis.   Instead of addressing fundamental inequality, clean up the bad management that messed up the banks and derivatives, everyone got rewarded with more central bank money.  We ended up with worse climate change, huge debt overhang, big asset bubbles, rich got richer and poor were so depressed from failing states that they migrated.   The middle class felt they were worst off, blamed immigrants, foreigners, globalization and voted in Brexit and Mr. Trump.

In short, instead of making real structural reforms, most rich countries doubled down on loose monetary policy and avoided rocking the boat.  EU Commission Jean-Claude Juncker summed up this period: “We all know what to do, but we don’t know how to get re-elected once we have done it.”

Toxic politics got us where we are today, in a bad place with nowhere to hide.

Today, most politicians are repeating the same mistakes, with bad money politics selling out the interests of the majority to keep a minority in power.  Everyone hopes that the vaccine will help the economy recover, but relying only on hope is not good policy.  The pandemic is truly a global crisis, because without close cooperation, no single economy is powerful enough to get out of secular stagnation.   That Britain can risk a No Deal Brexit signals to the world that emotional nationalism triumphs over economic rationalism.

The recent US Presidential elections reflected this deep polarisation.  With a record voter turnout, it was supposed to be a celebration of rationalism over anger.   Instead, 47% of voters are backing Trump and the Republican leadership in challenging the legitimacy of the Biden victory in the courts.   Although the institutional checks and balances held, it augers badly for the future.

There is an ugly scenario that I could not have dreamed possible even as late as last year.

For 70 years, the world has assumed that the United States will always be united, land of the free, welcoming to immigrants, opportunities and stood for fairness, rule of law and global peace.  When Democrat President Franklin Delano Roosevelt created the New Deal and President Truman launched the Marshall Plan, the United States was capitalist but left-leaning in caring for the weak and downtrodden.  The United States won world leadership by standing up against the Fascist far right in the Second World War.

What if America swings to the Far Right to set a scene for a very different world?  An America that stands for world interests is very different from an America First philosophy that changed the game fundamentally as played by Trump.   The Republican Party has moved sharply to the right, and represents today more the white minority that feels threatened by the rising plurality and diversity in US population and cultural values.  The roots of the resentment of the Trump supporters are complex, but they signal an emotional anger that most non-Americans have difficulty comprehending.   The Democratic Left united just in time to hold back this Right Wing tide.  Even they are surprised by the Republicans playing by different rules.

This ugly scenario will unfold if the Republicans block all Biden initiatives, domestic and foreign, to ensure that he does not deliver.  By 2022 mid-term elections, the Republicans will regain majority in Congress, and with the Republican Party controlling the Senate, House and Supreme Court, the right wing shift in American values and ideology will be difficult to reverse.  Whose rules apply when the game is fixed?

What does that mean for the Rest of the World?  No one will feel secure with radical changes in US foreign policy that swing from moderation to possible extremism and back.  All will feel insecure and few will think and act for the long-term.

Historically, the Greek and Roman empires went through the same shift, from an open Republican era to an Imperial and autocratic phase.  The British empire did not go through this phase because it was always checked by the Europeans and then over-taken by their American cousins.  Global neoliberal rules of the game will not hold if the strongest military power will not play by its own rules.   Great Power politics will definitely get uglier.

Since we don’t want to spoil the mood for the Christmas festive season, let us hope that the bad and ugly scenarios do not unfold.  Most Hollywood films end up with the good guys winning.

But as the Good cowboy (Clint Eastwood) won over the Bad (Lee Van Cleef), it was the Ugly (Eli Wallach), who asked the question many asked themselves during this pandemic: “If you work for a living, why do you kill yourself working?”

The answer is that most have no choice.  So let us pray for the Good outcome in 2021.