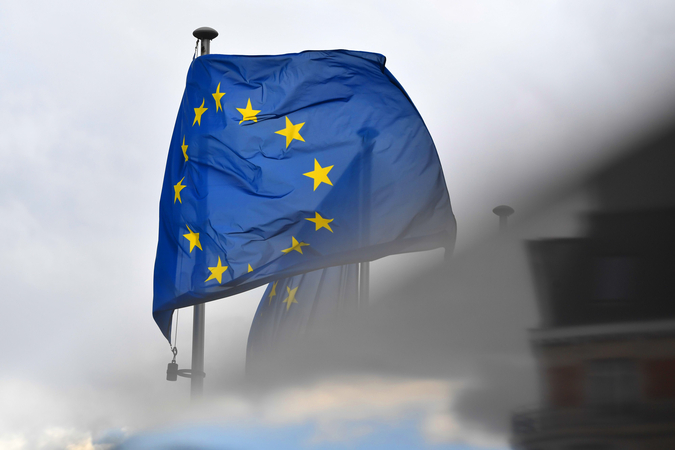 Just a month after Joe Biden’s victory in the US presidential election, the European Union recently announced that it had adopted the EU Human Rights Global Sanctions Regime to celebrate the world Human Rights Day on the eve of December 10.

The legislation will equip the EU with transnational powers to impose sanctions on those accused of committing crimes that included mass genocide, arbitrary detentions, slavery and other human rights-related issues. While acting on its own, the move has been widely seen as a symbolic gesture by Brussels to re-emphasise its commitment to democracy alongside the US after a tumultuous decade of the world’s right-wing populist turn.

The EU’s new sanctions regime is commonly known as a twin of the Global Magnitsky Act that grants the US the same absolute power to impose travel bans and freeze assets individually of officials from illiberal regimes. Though it does not target the whole country, it essentially aims to cause difficulties and irritations to most human rights abusers from conducting business with EU member states. Put simply, this development is believed, among diplomats and policymakers from both sides of the Atlantic region, to be a mechanism that halts dictators and political strongmen from acts of despotism against their opposition.

Meanwhile, there is not much of a reaction from Bangkok and its foreign policy community. One possibility is that Bangkok might already be familiar with the EU sanctions regime since Thailand was previously attacked by the illegal, unreported and unregulated (IUU) yellow card, a warning against Thailand’s malpractices in fisheries, and that the new sanctions regime is far less threatening than the IUU. On one hand, the worst damage caused by the IUU sanction regime is that Thailand, as the third-largest seafood provider in the world, will be prohibited from exporting its seafood to the EU. On the other hand, the worst damage that can be done by the new regime is as small as individuals having hardship in accessing and locating assets in Europe.

Moreover, such a minor punishment will have little effectiveness in dealing with the global human rights situation, even when both the US and the EU impose it simultaneously. The world already has witnessed what has happened in Hong Kong, Xinjiang and Myanmar where violent abuses by states are not uncommon. To be clear, under the Global Magnitsky Act, outgoing US President Donald Trump had decisively slapped sanctions against many top military and party officials from those countries for alleged abuses and genocide, with asset freezes. The move, however, did not appear to be sufficient to stop those countries’ hawkish leaders from citizen abuses. Since some officials do not even have houses in the US and the targets of the sanctions are also merely not the true decisionmakers, in the realist's playbook the twin of the Global Magnitsky Act is therefore not that frightening. Even if Bangkok is one of its targets, persons who hold top jobs in the Thai government are surely out of the radar, as the persons who receive punishment maybe some mid-level or other not-that-top officials from the Army that are not deemed as vital to the government. Besides, the strategy of diverging sanctions targets from the countries or states to individuals separately reveal that the EU does not really have an intention to create a wider range of casualties from its sanctions regime. For, there are still some friendly and strategically useful dictator regimes that are important for the EU’s geopolitics.

The new EU sanctions regime was also firmly criticised by EU diplomats and policymakers as for that consensus from EU member-states is required before drawing up the sanctions lists. And there are no independent organisations or civil society bodies that have an ability to recommend sanctions like that in the US. As a result, it is almost near impossible for the EU to effectively impose sanctions on illiberal regimes, especially in a certain circumstance where many of the European leaders are conservative-oriented. Given that Budapest, Warsaw, and Vienna are unwilling to play by the rule, an initiative from Brussels will merely be a failed attempt.

Plus, there is still an unusual belief among the elite and the foreign-policy community in Bangkok that as long as Thailand maintains its cooperation with the EU in other aspects, to be precise a strategic cooperation, it will easily have the EU’s nod no matter how undemocratically it behaves. The Bangkok elite had mistakenly understood that importing arms and giving a long-term security commitment to either the EU or the US will grant it an all-time pass from the sanctions regime. In practical terms, the new tool from Brussels is not going to bother Bangkok even when it is being critically targeted. Particularly not the current government where conservative military leaders have all the say in its decision-making process.