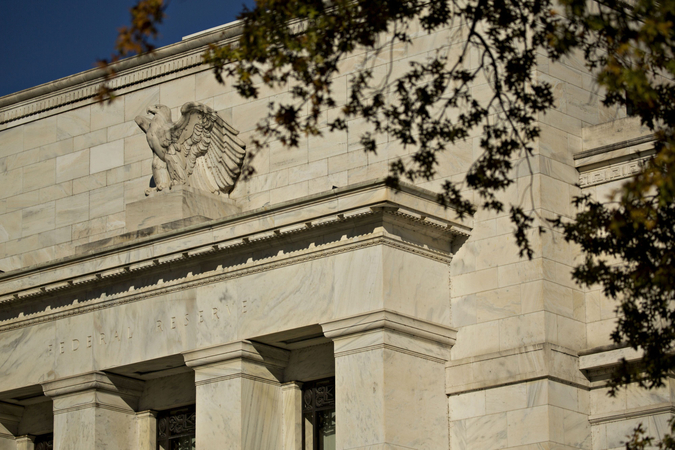 When Jamie Dimon, the head of America's largest bank, says the U.S. economy is in jeopardy, Federal Reserve policymakers and elected officials ought to take notice.

This detail was tucked away in a Wall Street Journal profile of JPMorgan Chase's chief executive officer published near Christmas. The article began with his near-death experience in early March just as the covid-19 crisis was escalating worldwide, but sprinkled throughout were multiple warnings from Dimon: Without addressing the underlying economic inequality in the U.S., capitalism could soon meet its demise.

Dimon, of course, is hardly the first billionaire to bemoan the historically wide gap in the U.S. between rich and poor. Ray Dalio, founder of Bridgewater Associates, has said the American dream "does not exist" because of forces like extreme political polarization and wealth inequality. Marc Benioff, CEO of Salesforce.com, wrote about "horrifying inequality" and the need for a new capitalism in October 2019. His net worth has increased by about $2 billion this year to $9 billion, according to the Bloomberg Billionaires Index.

It's easy to dismiss all this as cheap talk from those who benefited the most from the current system. But there's only so much even the biggest hedge fund or largest U.S. bank can do to address these persistent problems. The power to narrow the yawning gaps in the world's largest economy begins and ends in the halls of Congress. Unfortunately, for more than a decade, lawmakers have ceded much of that responsibility to the Fed, an institution that is particularly ill-equipped to address wealth inequality.

When I ask investors what they've learned in 2020, the answer is almost always the same: Don't ever doubt how far the Fed is willing and able to go during periods of crisis. It added $3 trillion to its balance sheet in what seemed like a flash. It purchased corporate-bond exchange-traded funds, backstopped the municipal-debt market and injected enough confidence and liquidity into the financial system to lift the prices of just about all assets. As a result, U.S. household net worth reached an all-time high in the third quarter.

So perhaps there's another equally important takeaway from 2020: For all the central bank's plaudits, its one kryptonite remains the same, whether in good economic times or bad. It's powerless to stop the wealth gap in America from growing wider.

The reason is straightforward: At its core, the Fed sets the level of interest rates in the economy. If interest rates are low, as they are now, that props up the value of stocks and other risky assets, which are disproportionately owned by high-net-worth households. If interest rates increase, as they did in 2018, then growth is strong and wealthy individuals can park more of their accumulated wealth in 10-year U.S. Treasuries and earn 3% or more for a decade, virtually free of risk. It's a win-win - provided, of course, that you have a sizable amount of money to begin with.

That last part is the context that many Fed critics seem to miss. During a year like 2020, when stock markets raced to record highs even as many workers lost their jobs and small businesses folded, it's tempting to paint the central bank as a villain; an institution always looking out for Wall Street's traders, dealmakers and hedge funds instead of the little guys. In reality, higher interest rates and tighter monetary policy are hardly a great wealth equalizer.

Instead, those in search of a foe should focus on Congress.

Yes, lawmakers swiftly passed the Coronavirus Aid, Relief, and Economic Security Act early in 2020, which provided much-needed relief to many of those hit hardest by the pandemic. But over the course of at least the last decade, that sort of legislation has proved to be the exception rather than the norm. More typical was the excruciating back-and-forth over another round of fiscal aid that lasted for months.

The CARES Act showed how fiscal policy can chip away directly at wealth inequality. From March 31 through Sept. 30, the overall wealth of Americans in the bottom half increased by more than 20%, the largest two-quarter jump since late 2013. It was also a bigger boost than any of the other groups tracked by the Fed. Wealth rose 7.9% for those in the 50% to 90% tier, 10.3% in the 90% to 99% range and 15% for the top 1%. The top 10% now have roughly 34 times the wealth of the bottom half, which, while high on a historical basis, is also the lowest ratio since mid-2007, just before the longest recession since the Great Depression.

In that 13-year span, Congress has rarely been so focused on policies that support the most vulnerable Americans. Earlier in President Donald Trump's term, Republicans passed a tax cut that skewed toward helping corporations and the wealthy. In the final years of Barack Obama's presidency, deficits declined as congressional Republicans reined in government spending. Without a fiscal jolt to the economy, the Fed had little choice but to keep interest rates near zero. Stocks climbed steadily even as the economy recovered more slowly, with predictable and inequitable results. Research from the St. Louis Fed shows that the inflation-adjusted wealth gap has widened between White households and Black and Hispanic ones since the global financial crisis as well as over the past three decades. White families have a much higher median net worth to begin with and are twice as likely to own equities.

Some on Wall Street are optimistic that the covid-19 pandemic has changed the thinking in Washington around fiscal stimulus. "We see no political appetite for fiscal austerity, even as debt ratios hit historic highs globally. The politics of inequality will likely keep deficit spending high," according to the 2021 global outlook from the BlackRock Investment Institute. "A post-pandemic recovery requires fiscal stimulus beyond the fiscal life preserver," strategists at Citigroup wrote. "Without fiscal easing, when the pandemic is brought under control for good, the risk remains for rising inequalities and diminished prospects for living standards."

Yet there are ample reasons to be skeptical. For one, even after Trump demanded $2,000 stimulus checks, a vast majority of House Republicans balked and prospects are fading fast in the Senate. Assuming the party wins at least one of the two Senate races in Georgia, that sets the stage for years of potential gridlock under President-elect Joe Biden and his pick for Treasury secretary, Janet Yellen. There's no Fed policy that can avert such a fate.

"Monetary policy cannot change the distribution of wealth, monetary policy cannot get the stimulus to the right places today - it has to be fiscal," Rick Rieder, BlackRock's chief investment officer of global fixed income, told me in an interview. When it comes to steering the economy, "Jay Powell will be the co-pilot and the pilot will be Janet Yellen. Because whether its tax redistribution or creating more employment, it has to come through fiscal. Monetary has done virtually everything it can do."

As one example, Rieder points to the sharp increase in housing prices, which is cheered on by many economic observers, including Powell at his Dec. 16 press conference. Rieder isn't so sure it's a clear victory. Look no further than data that shows demand for million-dollar homes has grown faster than any other price tier. "The improvement of prices in housing is not necessarily a good story for a lot of people in the country," he said. "There's a whole series of things that can be done around making housing more affordable, but that all has to come through the fiscal side."

Rieder told me a few years ago that he could see himself one day going into public service. He has a passion for education reform and is chairman of the board of North Star Academy, a charter school network in Newark, New Jersey. I watched him pump up a gym full of middle schoolers by telling them: "Life is not a dress rehearsal! Life is the big event!" So it makes sense that he would see the urgency on fiscal policy as something of a no-brainer.

Channel money to the right places. Improve access to high-quality education and affordable housing. And once the pandemic has passed, perhaps even raise taxes on wealthier Americans after years of financial-market gains. These are all things elected officials can do and the Fed can't.

I wrote around this time last year that the U.S. seemed to be turning from the Tea Party to Modern Monetary Theory in the past decade. At the time, I certainly didn't envision the type of fiscal support needed in 2020 to keep the economy from crumbling under the weight of the pandemic. The bigger test might just come later in 2021 when there's no longer such an imminent crisis. Will politicians embrace their power to send funds to the unemployed and those in lower income brackets or retreat and let the Fed do the heavy lifting again? Will they expand access to health care and bring the nation's infrastructure up to 21st-century standards? Those are some tough questions.

By contrast, the path ahead is fairly simple for the Fed: It will keep interest rates pinned near zero until the economy approaches full employment and inflation averages 2%. That will be the policy regardless of whether wealth inequality grows even more extreme or reverses the long-term trend.

So in some ways 2020 taught us that the Fed is powerful - except in the area that Dimon and others are warning about.

This column does not necessarily reflect the opinion of the editorial board or Bloomberg LP and its owners. Chappatta is a Bloomberg Opinion columnist covering debt markets. He previously covered bonds for Bloomberg News. He is also a CFA charterholder.