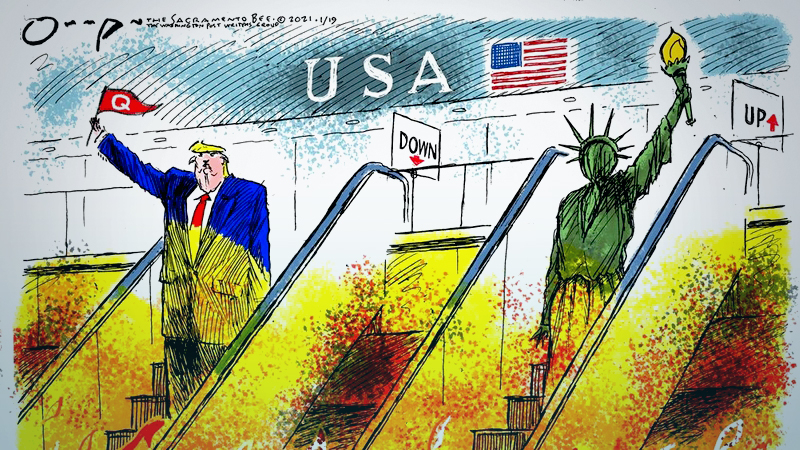 As President Donald Trump﻿'s tumultuous term enters its final hours, some political cartoonists are drawing more than what they think -- they're also channeling how they feel.

"It's such a relief Trump's almost out the door," says Mike Luckovich of the Atlanta Journal-Constitution.

To put his emotions to paper, the Pulitzer-winning cartoonist pictured members of this White House hitting the door, as well, all too eager to take flight.

"I imagine Trump staffers who enabled this monstrosity of an administration are sweating about future job prospects," Luckovich says. "I thought it was an apt image to show Trump as the melted Wicked Witch, and his flying-monkey cohorts now having to job-hunt. The Trump stink doesn't wash off." 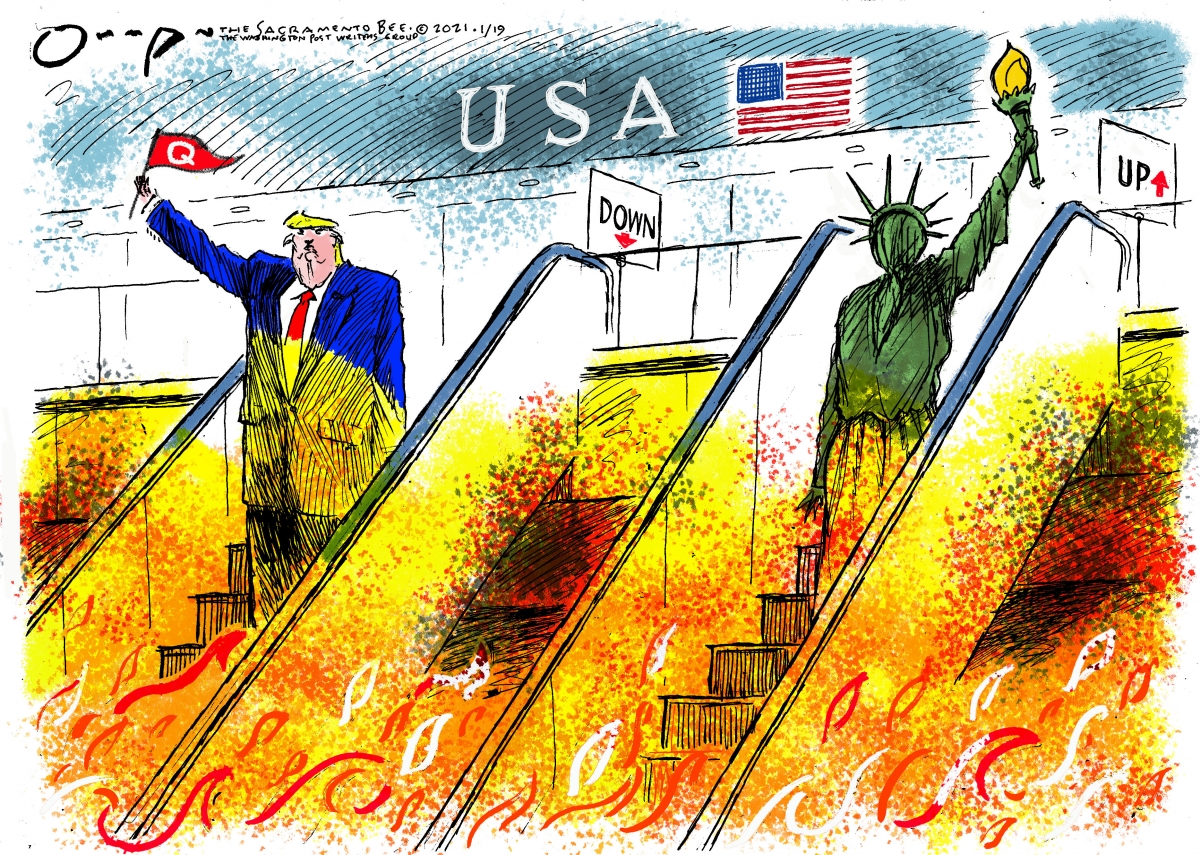 Jack Ohman, the Pulitzer-winning cartoonist for the Sacramento Bee, chose a different type of fiery metaphor.

"I think the best way to do a cartoon is really tap into how I feel, and I feel like I've been in hell for five years," says Ohman, who decided to reference the escalator that Trump rode six years ago while entering the presidential race.

Ohman foresees that cartoonists will be satirizing more "normal" presidential terrain now -- a return he welcomes.

"Trump has offended me since 1988, when I got Trump: The Game for Christmas and I threw it" aside, says Ohman. "I want this clown out of my head." 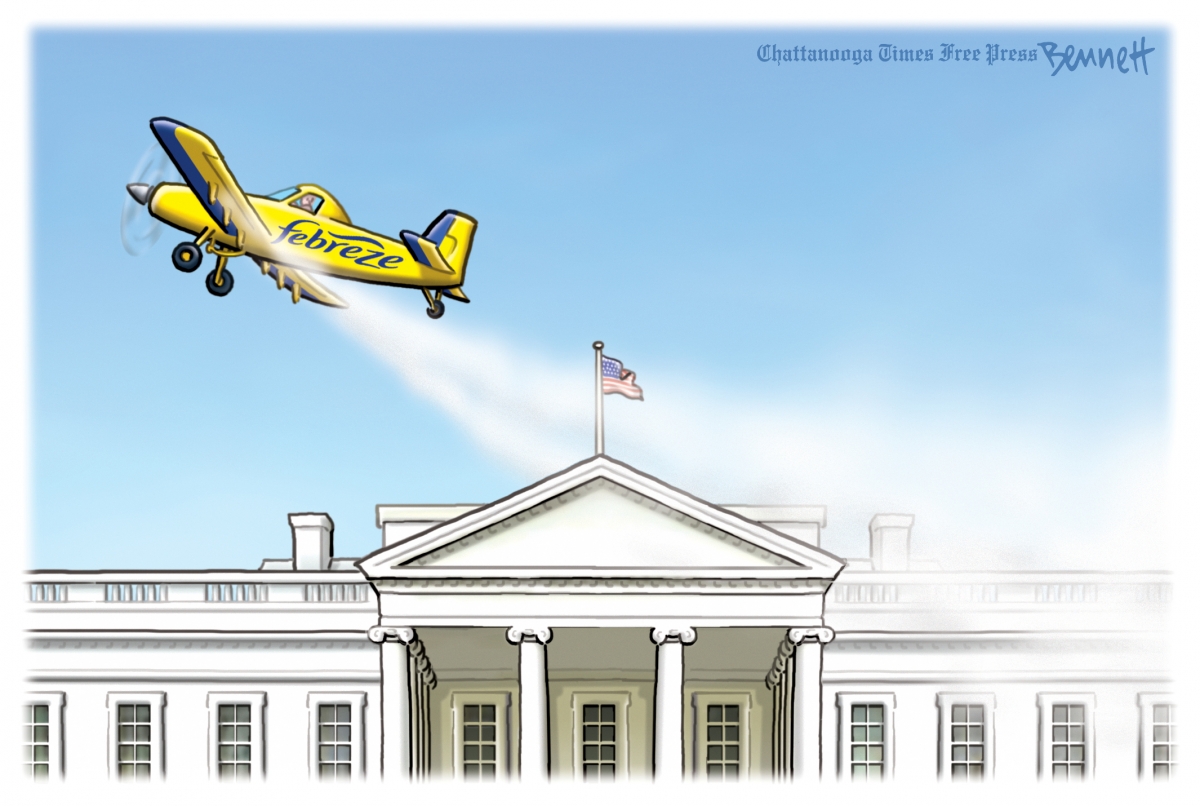 And Clay Bennett, the Pulitzer-winning cartoonist for the Chattanooga Times Free Press, felt like letting in some cleansing thoughts while creating his latest work.

"I must have been inspired by the calls for healing and unity when I drew this cartoon on Trump's departure from the White House," Bennett says. "After all, it will take far more than Febreze to rid that place of the stench of the past four years." 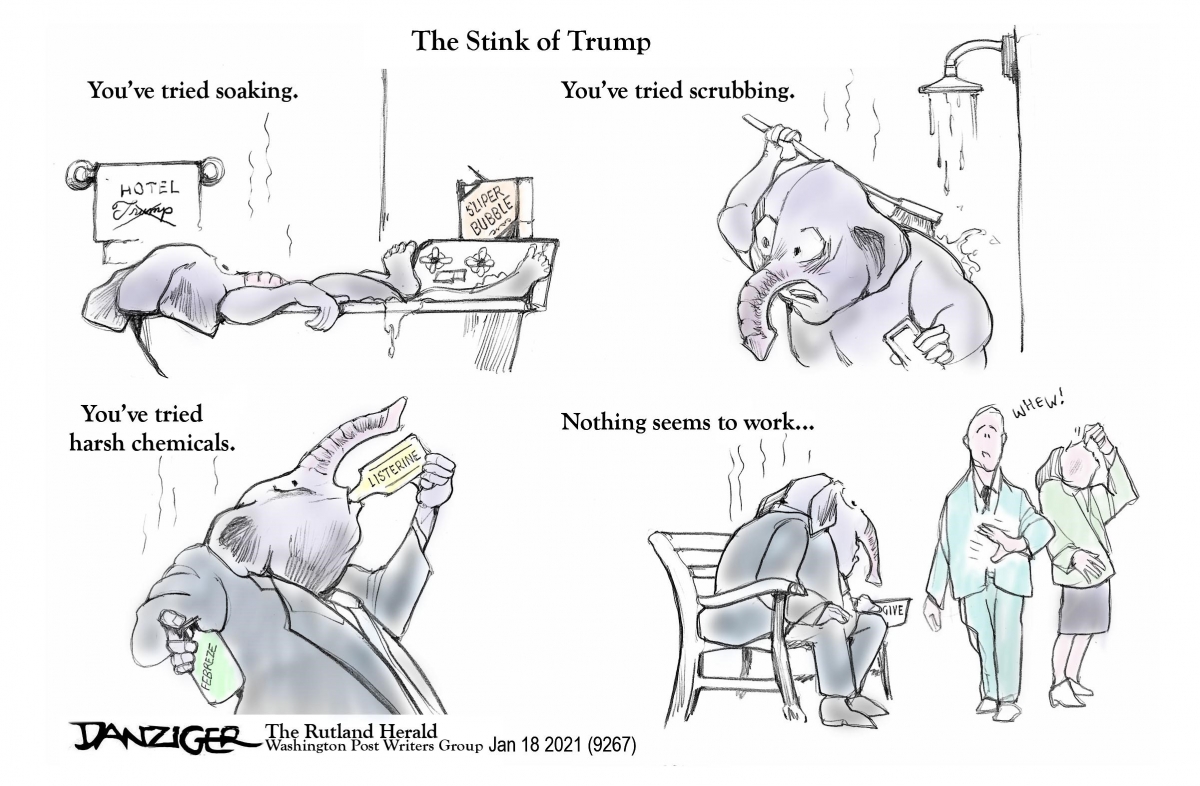 Rutland Herald cartoonist Jeff Danziger also used the stink-cleansing metaphor, in this case for Republicans now trying to distance themselves from Trump.