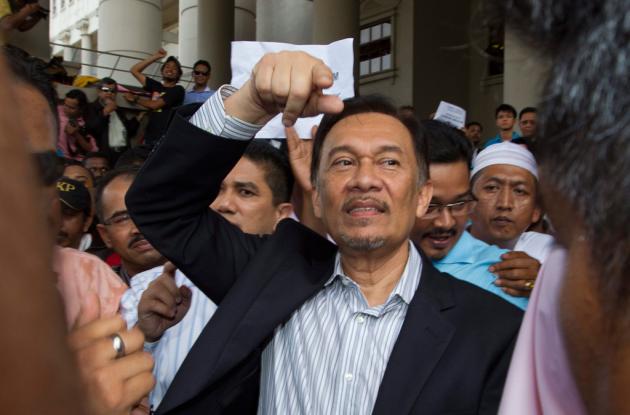 Muslim democrats at work from Indochina to Tunisia

Non-separation between religion and politics in Islam is best understood within the frame of religious unity but political diversity in the Muslim world.

The Koran, while offering religious, socio-economic and political principles, does not provide a single model for it. Colonial rulers tried to implement separation between religion and politics in the colonised Muslim world by placing religion under the jurisdiction of the rajas, kings and sultans, or by establishing ministries of religious affairs and the office of the mufti - an official interpreter of Islamic religious law. But they did not succeed in separating religion and politics in Muslim societies. Hence, today we see the diverse roles Islam plays in the politics of different Muslim countries.

Nurcholish Madjid (d. 2005) was an Indonesian Muslim modernist whose career as a scholar and activist started with his role in HMI - the Islamic Association of University Students in Indonesia. As a young Muslim activist during the authoritarian rules of Sukarno and Suharto, he realised that not much could be gained through Islamising the political system; rather, it would prove to be an obstacle. Hence, he proposed an "Islam yes, Islamic party no" strategy. For Madjid, Islam was not merely a political campaign but also a civilisational mission that is educational and cultural, embodying religious pluralism and democracy. As a leader of the reformasi movement in 1998, Madjid personally asked Suharto to step down, thus ending his 27 years of dictatorship.

Gus Dur or Abdurrahman Wahid (d. 2009) was a democrat and pluralist who offered an alternative model of Islamist political activity. He modernised the traditional Indonesian Muslim organisation, the Nahdatul Ulama (NU), in the areas of education and political theology. He contributed towards the formation of "Civil Islam" in Indonesia. Wahid was elected as the first president of post-Suharto Indonesia. The most important legacy of Gus Dur today is his commitment to reform, modernisation and democracy.

Wahid held the conviction that Indonesia's stability should be rooted in the principle of unity in diversity and open politics, leading to the success of democracy in a Muslim majority country. He once remarked, "I am for an Indonesian society, not just an Islamic one." He believed that what mattered was not the question of whether there is scriptural compatibility between Islam and democracy, but whether Muslims have a political intent, ambition and capacity for democracy. He partnered Nurcholish Madjid in opposing the autocratic regime of Suharto. Indonesian President Susilo Bambang Yudhoyono has called Wahid a "father of multiculturalism and pluralism".

As president, Gus Dur lifted the ban on the public use of the Chinese language, the practice of Chinese cultural tradition, and made the celebration of the Chinese New Year a national holiday, all of which were barred by Suharto. Wahid guaranteed full citizenship to ethnic Chinese in Indonesia. He also defended the religious freedom of Indonesian Christians. As president of Indonesia, Gus Dur received the Ahmaddiyah leader Mirza Tahir Ahmad, as his guest. Wahid defended the rights of the Ahmaddiyah to exist in Indonesia on the constitutional principle of freedom of religion. For Wahid, pluralism is not only an intellectual concept but a matter of practice. Wahid held that the koranic message of insaniyah - humanity - represents Islam's universalism and respect for human rights and equality.

Anwar Ibrahim of Malaysia, twice acquitted on sodomy charges, is another steadfast Muslim democrat. He has been imprisoned several times for upholding justice and equality. As an ardent democrat, he calls for religious and ethnic pluralism in Malaysia. He is a naturally evolved Muslim pluralist inspired by Islamic teaching and its humane values.

As a student leader, Anwar founded the Angkatan Belia Islam Malaysia (ABIM) - the Muslim Youth Movement - in 1971. As deputy prime minister, he proposed the philosophy of "Asian Renaissance" in 1996 as a means for the "development and flowering of Asian societies based on a certain vision of perfection; societies imbued with truth and the love of learning, justice and compassion; mutual respect and forbearance; and freedom with responsibility. Faith and religious practice is not confined to the individual; it permeates the life of the community." Based on the teachings of Islam, Confucianism, Buddhism, Hinduism and Christianity, the Asian Renaissance holds that an Asian is essentially a persona religiosus.

Anwar is well read and an eloquent orator, with a creative mind. He is sincere to his faith and loyal to his country. He stands up for human rights and dignity, gender equality, democracy, good governance, acceptance of cultural diversity and sharing of common values. He is a citizen of the world.

Today, Anwar heads the multi-party opposition in Malaysia and calls for the equality of all Malaysians. In the last election, he upset the ruling UMNO's dominance in the Malaysian parliament, and continues to pose a formidable challenge to it.

Rachid Ghannouchi, the leader of the Ennahdah Party in Tunisia, is a democrat within Islamism. Imprisoned twice for calling for political pluralism and economic justice during Ben Ali's authoritarian Tunisia, he lived in exile for 22 years. As a major party in Tunisia today, Ennahdah has formed a national unity government instead of one dominated by itself. The aim is to move Tunisia towards democracy and development.

As an original Muslim thinker, Ghannouchi stands for the guarantee of personal freedoms and holds that gender equality, democracy and pluralism are compatible with Islam. He opposes religious extremism. He once remarked, "Freedom comes before Islam and is the step leading to Islam." As a rationalist philosopher, Ghannouchi represent the aqalana - rationalist tradition - in Islamic thought, which upholds harmony between human reason and revelation.

Ghannouchi believes that Tunisia should be a religiously tolerant and pluralist society with gender equality. He is banned from entering Saudi Arabia and Iran because of his moderate views.

Contemporary Muslim democrats have lived under repressive regimes and have been imprisoned, but they remained undaunted by opposition to their convictions. The "Arab Spring" and other such events in the Muslim world are broad democratic and non-violent alliances made up of democrats, workers, youth, women and the subaltern who challenge authoritarian regimes. They seek good governance and not the establishment of theocratic governments.

Dr Imtiyaz Yusuf is professor of Islamics and religion at the Graduate School of Philosophy and Religion, Assumption University, Bangkok.

Imtiyaz Yusuf Special to The
RELATED