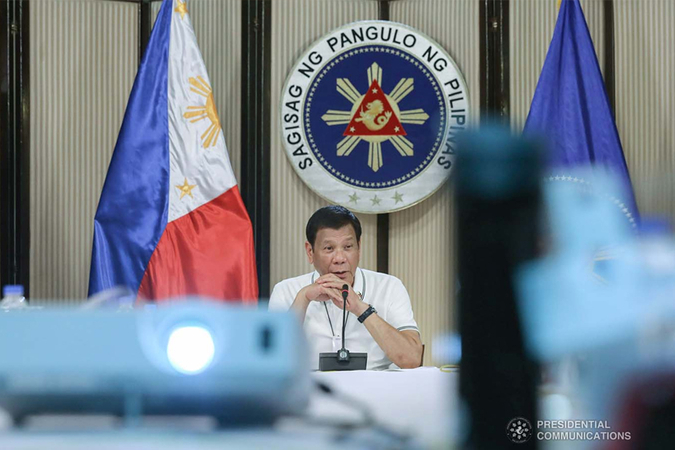 As he delivers his fifth State of the Nation Address (Sona) this afternoon, President Duterte’s penultimate report to the country would probably be his most awaited Sona, as Filipinos scarred by the raging COVID-19 pandemic and a crushing economic meltdown expect to hear sober, clear answers about the country’s daunting problems.

Even with COVID-19 — or perhaps because of it — Mr. Duterte will stand at the House rostrum today more powerful than at any time in his presidency, the public-health emergency having allowed him to secure and deploy sweeping, unprecedented powers.

Last July 3, Mr. Duterte signed into law the feared Anti-Terrorism Act of 2020. A record number of cases, 16 so far, has been filed at the high court by civic and legal luminaries, including retired Supreme Court justices Antonio Carpio and Conchita Carpio Morales, challenging the constitutionality of a law seen as heightening state repression and human rights abuses.

Mr. Duterte’s take-no-prisoners approach to critics saw its boldest affirmation this year with the shutting down of ABS-CBN, a feat previously achieved only during martial law by the dictator Ferdinand Marcos. The death blow to an independent media network, the country’s largest at 11,000-strong, was the fulfillment of Mr. Duterte’s promise on Dec. 3, 2019: “Your franchise will end next year. If you are expecting it to be renewed, I’m sorry. You’re out. I will see to it that you’re out.’’

However, while it may be the best of times for Mr. Duterte politically, it is also the worst of times for him. At no point in his presidency is he more vulnerable than in the present, with the country virtually fraying all around him—the consequences, many times, of the ham-fisted mindset and policies his administration has pursued.

The Philippine economy cratered after the administration imposed one of the world’s strictest and longest lockdowns to try to contain the outbreak, the seriousness of which was first dismissed by the President. Four months on, all economic indicators point south, while staggering numbers of Filipinos are jobless and going hungry. And yet COVID-19 cases continue to rise, a stark testament to the basic mismanagement at the top.

Projections for the gross domestic product (GDP) are grim: 2.3 to 5.3 percent down, worse than government’s 2 to 3.4 percent forecast, according to Asian Development Bank country director Kelly Bird. BDO Unibank’s chief investment officer Fritz Ocampo fears the country is headed toward its deepest recession in 35 years, the GDP contracting by as much as 5.9 percent for 2020.

The Bangko Sentral ng Pilipinas said foreign direct investment net inflows contracted by 14.2 percent in the first quarter of 2020, from $1.9 billion net inflows in the same period last year to $1.7 billion. The PSEi was down by 16.8 percent at 6,500 compared to last year’s 7,815 as the lockdown crippled tourism and its allied industries.

With billions spent for COVID-19 expenses, the government’s budget deficit ballooned by 1,214 percent to P560.4 billion during the first six months of 2020. Remittances from abroad, meanwhile—a vital lifeline for the Philippine economy during the Asian financial crisis and other crunch times—also shrank to a 19-year-low, dropping 16.2 percent in April. The labor department expects a 40-percent decrease amounting to $13 billion this year as hundreds of thousands of overseas Filipino workers or OFWs head home after losing their jobs. Some 700,000 more are expected to be rendered jobless as the pandemic continues.

In April alone, 17.7 percent or 7.3 million Filipinos lost their jobs, according to the Philippine Statistics Authority. As many as 10 to 12 million Filipinos are seen to become unemployed, as the pandemic pushes many micro, small and medium enterprises to the brink of collapse. The poverty incidence was already at 54 percent, or some 13.1 million self-rated poor families, in December 2019. A July 3-6 SWS mobile phone survey showed that 20.9 percent, or an estimated 5.2 million families, have gone hungry (due to lack of food to eat) at least once in the last three months.

And with families losing their incomes and livelihoods, some six million students have also failed to enroll for this school year.

“Perhaps our number one problem today is COVID,’’ Mr. Duterte said in his most recent TV address — for many just the latest indication of how the government still has no grasp of the enormity of the crisis. The President remains unaltered in his ways, but today, at the apex of his strongman rule, he will have to report to the nation on what has undoubtedly become the annus horribilis — year of horrors — of his administration, and by extension the country’s. A weary, anxious public demands answers.

The Inquirer Foundation supports our healthcare frontliners and is still accepting cash donations to be deposited at Banco de Oro (BDO) current account #007960018860 or donate through PayMaya using this link .