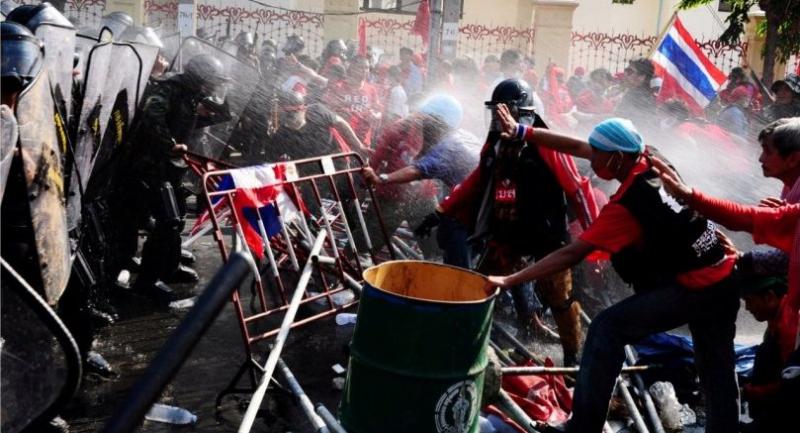 By NATTAPAT PROMKAEW
THE NATION

NACC commissioner Supa Piyajitti yesterday said the commission expected to be able to deliver indictments within the next couple of months.

Yingluck and many of her Cabinet members have already been prosecuted on various charges, including negligence and corruption in the rice-pledging scheme after the military coup in 2014.

In May 2015, the NACC accused Yingluck’s Cabinet of approving Bt2-billion compensation for 1,900 victims of the 2005-2010 political protests, a number which appeared to include red-shirt and Pheu Thai supporters as well as yellow-shirt and Democrat backers.

Political struggles during the period began when the yellow-shirt People’s Alliance for Democracy staged marathon street protests against Thaksin Shinawatra’s government, leading to the 2006 coup that toppled him.

An election in 2008 brought a Thaksin ally into office before judicial activists and yellow-shirt supporters again deposed the government, paving the way for Abhisit Vejjajiva to enter office, which ignited red-shirt protesters to mount their own bloody protests in 2010, when street battles claimed scores of lives.

At the time, Yingluck said she approved the compensation in accordance with recommendations from a committee for reconciliation.

The Democrat Party in 2012 expressed concern about the high cost of the compensation, whereby the families of dead victims could obtain as much as Bt7 million. There were more red-shirt than yellow-shirt victims.

The Democrats then lodged a petition with the Administrative Court to halt the plan, but the court dismissed the case saying it was not under its jurisdiction.

The NACC said yesterday that such action was negligent and caused a total of Bt1.9 billion in damages to the national treasury.

Pakorn Panthu, then-director of the Department of Social Development and Welfare, was also accused as he oversaw victims’ affairs, but the NACC later dropped charges against him on the basis that he had been obligated to follow the Cabinet resolution.

Regulations and compensation rates were all newly drafted and did not comply with the law at the time, the NACC has said.