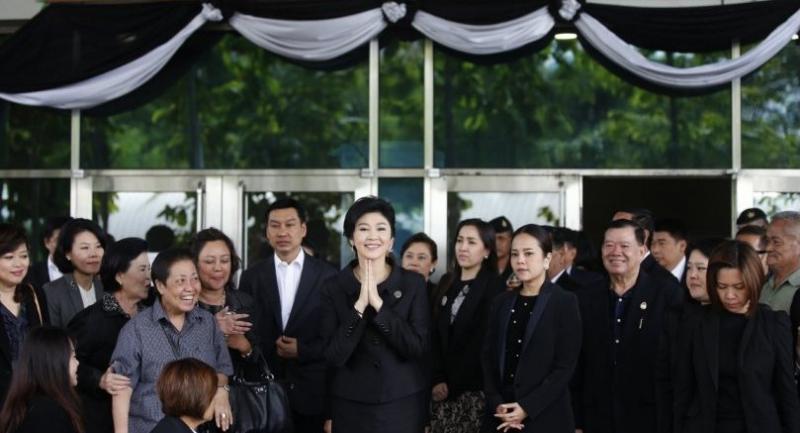 By POLITICAL NEWS DESK
THE NATION

Questions raised whether Court will postpone reading again as ex-pm not expected to appear.

ALL EYES will be on the Supreme Court tomorrow when it is set to deliver a verdict on fugitive former prime minister Yingluck Shinawatra, who is accused of negligence in preventing corruption and irregularities in her government’s controversial rice-pledging scheme.

Yingluck apparently pulled off a dramatic escape a day or two before the Supreme Court’s Criminal Division for Political Office Holders was to deliver its verdict in the case on August 25.

The reading of the verdict was subsequently rescheduled for tomorrow. If found guilty, Yingluck could face up to 10 years in jail and a lifetime ban from politics.

However, just days before the scheduled date, questions have been raised about whether the court will actually read the verdict.

Article 32, the current criminal law regarding politicians, states that the court can read a verdict in absentia.

In the current circumstances, in which a defendant has failed to appear to hear a verdict, courts are instructed to postpone the judgment for a month and issue an arrest warrant. Unless officials produce the defendant before the deadline, the court can read the verdict in absentia.

But there are different interpretations of Article 32 and whether the court must read the verdict in absentia on the rescheduled date or is empowered to order a further delay.

Democrat Party leader Abhisit Vejjajiva said yesterday he doubted whether the court would read the verdict, adding that the law stipulated the reading take place in the presence of the defendant, which suggested that the court could choose not to read the verdict tomorrow. However, a legal expert and a former judge interviewed by The Nation, both of whom asked not to be named, insisted that the verdict would be delivered on the specified date.

One of two possible scenarios is that the verdict could be read in the defendant’s absence but the prosecution must appear before the court.

Another scenario is that the court could suspend the reading if neither the prosecution nor defendant show up at court, but the verdict would still be issued and made available to the prosecution and defendant. The court would also release the ruling to the public while the media could request further information about the judgment.

If the verdict is read tomorrow, Yingluck will be able to decide what she will do next, a high-ranking party official from her Pheu Thai Party told The Nation, adding that she might reappear in public to present her side of the case to her supporters.

However, if the court postpones the reading, the situation would still be ambiguous, he said.

“A postponement might mean there could be ‘bargaining’,” he said.

If the verdict is read as scheduled, the penalty will probably be harsh given the sentence for Yingluck’s former commerce minister Boonsong Teriyapirom, who was sentenced for 42 years in jail, the official said.

“This would put Yingluck in a difficult situation as her legal status would be changed from defendant to convicted person,” he said.

“In my point of view, it would be better for Yingluck if the verdict is read tomorrow because she can decide her future, including seeking asylum,” he said.

Abhisit also said the postponement of the reading could affect how Yingluck approaches an appeal after the new law governing criminal procedures against political office holders receives royal approval. If the new law were promulgated before the verdict, Yingluck would be allowed to appeal.

The new legislation stipulates that corruption cases do not have a statute of limitations, meaning a convicted person would remain a fugitive in perpetuity.

Abhisit also agreed with many commentators that Yingluck was unlikely to show up at court tomorrow to hear the verdict.

Meanwhile, Pheu Thai Party caretaker secretary-general Phumtham Wechayachai told The Nation that Yingluck had fought the case as hard as she could.

“She tried to fight like a lioness and did whatever she could,” he said.

After her closing statements on August 1, Yingluck had an opportunity to fully consider the consequences both of a verdict and fleeing, he said.

Phumtham also admitted Yingluck’s flight had been a loss for his party, adding that it had to live with the consequences.

“We have been through several storms and lost valued people, but we can stay strong because of the unity of our members and public support,” he said.

Meanwhile, government intelligence sources have estimated that 300 to 400 supporters would travel to the Supreme Court tomorrow to provide moral support for Yingluck even though they did not expect to see her.