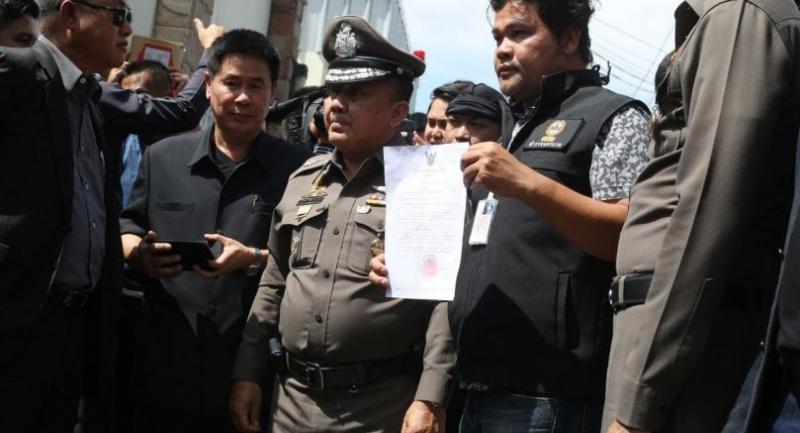 POLICE YESTERDAY searched the residence of convicted former prime minister Yingluck Shinawatra who, junta leaders claimed, was in Dubai where she would keep a low profile.

Prime Minister General Prayut Chan-o-cha yesterday said he was informed by the Foreign Ministry that Yingluck was in a city in the United Arab Emirates where her brother Thaksin Shinawatra resides.

Prayut had said on Tuesday that he knew her whereabouts but he would reveal details only after the Supreme Court verdict in the case against her.

On Wednesday, the Supreme Court’s Criminal Division for Political Office Holders sentenced Yingluck to five years’ imprisonment for negligence in her government’s rice-pledging scheme before the 2014 coup toppled her administration.

While Prayut did not seem too hopeful about getting the ex-PM extradited in the absence of a treaty between Thailand and the UAE, Deputy PM and Defence Minister General Prawit Wongsuwan said Yingluck would be asked to cooperate by not involving herself politically while in Dubai.

The UAE has informed the Thai Foreign Ministry that they would ask Yingluck to make such a commitment, Prawit said.

The Foreign Ministry is yet to comment on Yingluck’s movements or whereabouts overseas.

“We’ll proceed to revoke her passport only if we are requested by relevant agencies and the ministry agrees that the criteria [in Yingluck’s case] are in line with ministerial regulations,” Foreign Ministry spokesperson Busadee Santipitaks said.

Deputy police chief Pol General Srivara Ransibrahmanakul said that police would also seek information from the Foreign Ministry about Yingluck’s whereabouts. If she is really living abroad, then the police will contact the attorney-general on legal proceedings, he said.

Yesterday, Srivara took 25 police officers to search Yingluck’s house in Soi Yothinpatthana 3, where they seized 17 of her personal belongings as evidence of her suspected escape from Thailand two days before the scheduled court ruling on August 25. The search followed testimony given by Pol Colonel Chairit Anurit, one of three policemen suspected of facilitating Yingluck’s escape. During an interrogation last week, Chairit said that he had driven the former premier and her secretary, Nilubol Klinpratoom, in a Toyota Camry sedan from Bangkok to Sa Kaew province. Srivara searched Nilubol’s condominium unit in Bangkok authorised by a search warrant and the absolute power of the PM under Article 44 of the interim charter, which is embedded in the 2017 Constitution.

Srivara said that the absolute power was needed since the search of Nilubol’s room was conducted after 6pm. The evidence should help verify her escape if traces of Yingluck’s DNA found on these articles match those found in the sedan allegedly used for the escape, Srivara said. The DNA test should take around a week.

The search was also aimed at ensuring Yingluck was not in hiding in her house, he said.

The search was led by Pol Colonel Watanyu Witthayapalothai, a policeman who oversaw Yingluck’s security details.

Her lawyer, Noppadol Laothong, was also at the house.

If the escape is verified, Chairit will face charges of neglecting his duty as a state officer under the Criminal Code’s Article 157. Chairit has already been charged with faking vehicle documents, as four fake licence plates were found in the sedan.