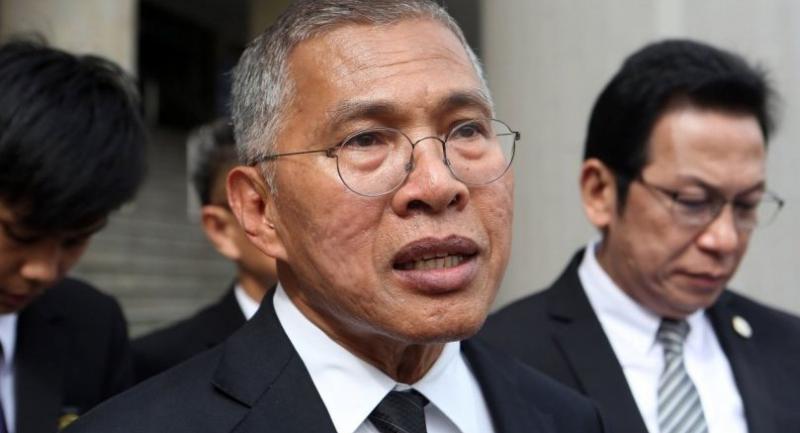 Watana Muangsuk, the core leader of the Pheu Thai Party, has denied he intended to create chaos among the public when he posted statements on Facebook regarding a plague that went missing from the Royal Plaza which marked the Siamese Revolution of 1932.

Watana appeared in court on Monday with his lawyer for a review of his testimony following prosecutors’ charges that included a violation of the Computer Act.

He said he was innocent of the allegation relating to the missing plaque.

In his posting, he called for the government to find the thief immediately otherwise the government might be regarded as being an accomplice in the theft.

Watana was a former Commerce Minister under the government of Yingluck Shinawatra.

He told the court he would defend the allegation. A meeting of both sides to review the evidence was set for December 18.