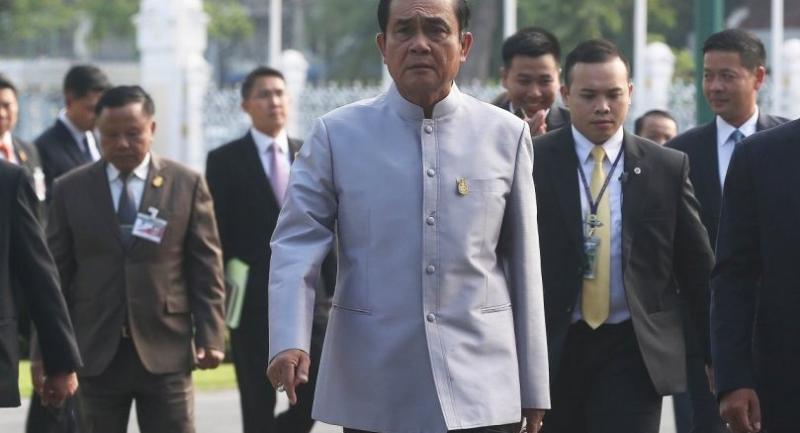 THE MILITARY government’s poor performance, mishandling of social movements and provocative comments made by senior officials have caused a major decline in its popularity, analysts have said, suggesting that the generals were acting in a political manner.

The main weaknesses of the government were its lack of understanding on many issues, the failure to holistically analyse situations, its own agenda pushing policy without considering better options, and the lack of public participation at many levels of policy planning, said Pracha Koonnathamdee, a lecturer at the Faculty of Economics at Thammasat University.

By making that poor choice, the government had triggered a dispute with local people, who wanted to preserve natural resources and the environment, although there were plenty of wiser choices, such as investing more in renewable energy, Pracha said.

The government had also performed poorly in other policy dimensions and projects that benefited the majority in society, but cause difficulties for a minority, as the government did not have proper measures to assist people affected by projects, he said.

“Technically, we can collect extra taxes from people who benefit from a project to compensate those who are disadvantaged, but the government chose to let the minority sacrifice for the greater good, which is unfair to them,” he said.

From the perspective of local social movements, Direk Hemnakhon, leader of the Thepa coal-fired power plant opposition group, said the government should deal with people with more respect and listen to their problems.

Southerners are among the major supporters of the military government, but the handling of the protest last week backfired on the government in the eyes of the public.

“Even though we disagree with the government position on the plan to construct the new coal-fired power plant and we did not elect them to rule the country in the first place, right now they are the legitimate government, so we respect their authority as well as the country’s law and order,” Direk said.

Thepa power plant protesters clashed with police last week when they tried to meet with Prime Minister General Prayut Chan-o-cha to lodge a petition against the project. Sixteen were arrested and charged, although they were later freed on bail.

Police said they were looking for more suspects who had “created difficulties” for the premier as he attended a Cabinet meeting in Songkhla.

“However, we urge them [the generals] to properly perform their duty as the country’s rulers, listening to their citizens and working with them to move the country forward, not seeing them as enemies just because we have different views on government policies,” Direk said.

The government could easily solve its problems regarding its low approval rating and conflicts with various social movements in the country by listening to people and hearing their concerns and their side of the story, he said.

While the junta government might have made several attempts to ensure its long-term grip on power, even after elections via specially designed parliamentary mechanisms, it was eroding its own legitimacy, critics said.

National security has been the junta’s number-one reason for staying in power, involving the enactment of several measures to limit public assembly and freeze political parties’ activities for the sake of “social order”.

Attasit Pankaew, a Thammasat University political science lecturer, said the junta government should have learned to “act politically” as they had stayed in power for more than three years already.

“While the authorities have made special measures and rules to ensure its control of power, dealing with the public is a state-of-the-art skill that should be treated politically rather than legally,” Attasit said.

While the government, looking through the military’s lens, might not regard its performance as a total failure, its actions had affected its popularity, Attasit said.

“But popularity may not be the biggest concern for the junta, after all,” the academic added. “It is still not certain whether any of them [the generals] will compete in the next election, directly or otherwise.”