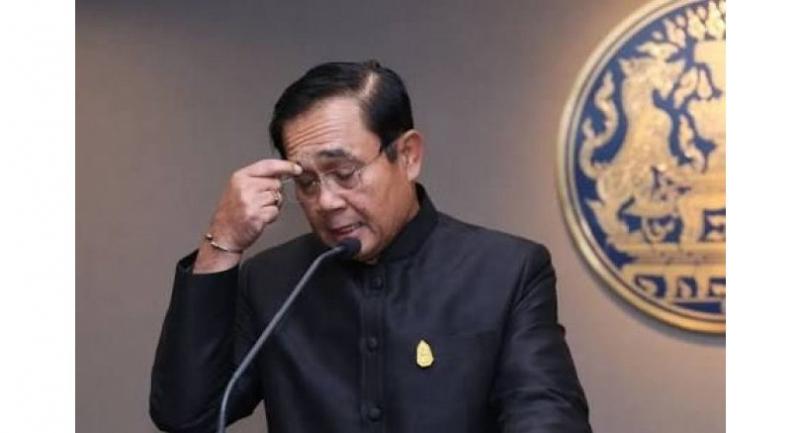 THE JUNTA’S popularity rating has touched the lowest level since it came to power following a military coup in May 2014, hitting lows seen by the civilian government that it overthrew, according to the results of the latest survey by security agencies.

The good news for the National Council for Peace and Order (NCPO) was it enjoyed higher popularity in the Northeast where most supporters of the ousted Pheu Thai-led government live, the opinion poll found. In some northeastern provinces, such as Nakhon Phanom, the junta’s popularity has doubled. This could be due to the benefits reaped by residents under junta rule, including higher rice prices. However, in other provinces in the region, such as Roi Et and Kalasin, there were only small improvements.

The NCPO saw its popularity fall in the North and Central regions, and particularly in the South where much of its support came after it seized power. Support in the South has dwindled as the NCPO-led government failed to prop up falling rubber prices while getting tough with fishermen and power plant protesters. Prayut during his recent field trips

In the latest survey conducted on residents in all 77 provinces after three years in power, the Prayut Chan-o-cha government got an average approval score of 5.73, out of 10. That compared with the 5.28 approval rating for the Yingluck Shinawatra government shortly before the coup of 2014.

After the first survey during the Yingluck administration, similar surveys were carried out six months, one year, two years and three years after the junta came to power.

The junta saw its highest approval rating six months after the coup, with 7.02. The rating fell to 6.15 a year after the coup, recovered slightly to 6.48 the following year, and declined again to 5.73 in the latest survey three years after the power seizure.

The latest survey found that many respondents experienced economic insecurity. And they were still bogged down by problems related to well-being, safety and crime, as well as political conflicts. These factors were seen as the reasons why the junta’s ratings had fallen to its lowest level since it came to power. According to the survey, people want the government to focus on tackling problems related to well-being, as they felt there had been no improvements. The respondents pointed to the rise in unemployment, the falling agricultural prices, as well as the rising cost of living. Also, they wanted the government to take more care of the grassroots people who are the most vulnerable when facing those problems.

On social issues, respondents wanted the government to give priority to tackling problems related to drugs and vice, which they viewed as the root cause of all crimes. They believe tackling those problems would help boost people’s safety. The people surveyed also called for sufficient welfare for the elderly, the disabled, and the non-privileged.

On political issues, the survey respondents asked the government to tackle corruption fairly, with no bias towards any groups of people. Also, those surveyed wanted the junta to tackle the problems of political provocation, hate speech and fake news that often led to social division and even violence.

The respondents also called for fair enforcement of the law and reform of the justice system, to ensure that all groups of people are treated equally. They also wanted the government to encourage more public participation in many areas possible, including the fight against corruption and the formulation of government policies.

The public opinions were gathered by relevant security agencies as part of the junta’s project to encourage reconciliation and unity following years of severe political conflicts.