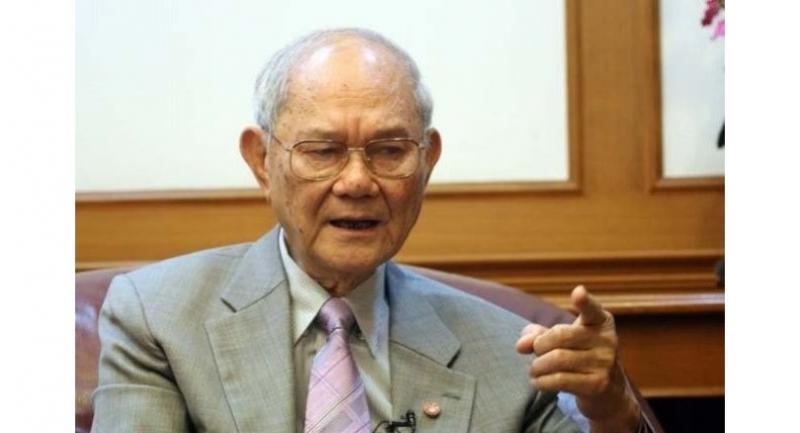 Chief charter drafter Meechai Ruchupan said on Tuesday that it would be a good option to ask the Constitutional Court to make a ruling in regard to some members of the National Anti Corruption Commission (NACC) who allegedly lack the qualifications required under the new charter.

The National Legislative Assembly (NLA) has recently endorsed a new bill that allows all the NACC commissioners to stay in office despite charter stipulations that would prohibit some of them from sitting. At least 55 NLA members voted against, or abstained from voting on, the bill, and Meechai said he has heard that they are gathering signatures to make a petition to the Court.

Meechai said the Constitution Drafting Commission was concerned about the issue, taking the view that waiving prohibitions on qualifications for the NACC was equivalent to waiving the constitution.

Thus, it would be good for the Court to make a ruling and settle the matter, he said.

If not, issues are likely to arise in the future if people who are charged by the NACC challenge the commissioners’ qualifications.

Meechai said the government should also pay heed to these concerns.

NACC president Pol General Watcharapol Prasarnrajkit is known to have a close relationship to Deputy PM Prawit Wongsuwan, as he used to serve in the Prime Minister’s Office as its deputy secretary-general attached to Prawit, who is now subject to an NACC probe.