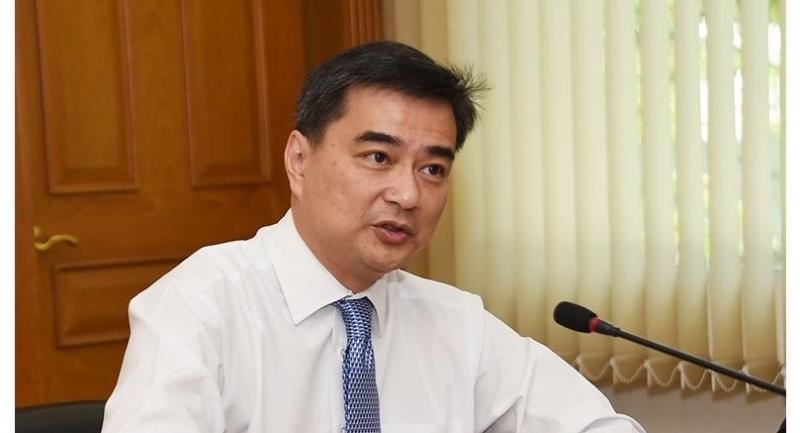 DEMOCRAT PARTY leader Abhisit Vejjajiva said yesterday that he was happy that the Army-dismissal order against him had been overturned, and he would now study the court ruling to assist in a complaint he would file with the National Anti-Corruption Commission (NACC) against former defence minister ACM Sukumpol Suwanatat.

Abhisit said the allegations were a political bullying tactic, and those who made claims against him should be held responsible for their actions.

The NACC, he said, dismissed his complaint when it was first heard but now that the Supreme Court had ruled on the matter, the agency should be in a position to review the complaint again.

Abhisit said those in power should not abuse it for political gains but wield it with fairness. This, he said, could help improve politics and the country’s democracy. The Supreme Court ruled against the former defence minister’s order to discharge Abhisit from the Army. The Pheu Thai Party’s ACM Sukumpol had signed the order in 2012 dismissing Abhisit from the Army, but the court revoked the order saying it was unlawful.

Abhisit was not serving in the Army at the time; in fact he had not been a serving officer since leaving the Army 23 years ago. The order, with its retroactive effect, was therefore unlawful and deemed to be a violation of Abhisit’s rights, his lawyer said yesterday.

Some Democrat party members claimed that it was part of a plot to keep Abhisit out of politics.