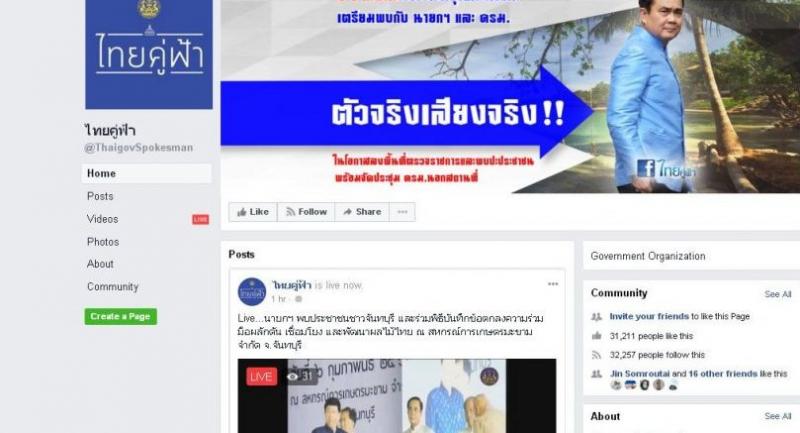 The Prime Minister’s Office caps were given to Chanthaburi residents yesterday who became followers of the Government House fanpage on Facebook.

Officials from the Government Spokesman’s Office handed the caps to everyone who pressed the “follow” button on their mobile phones.

The free caps were given out while some 2,000 local residents waited for Prime Minister Prayut Chan-o-cha during his trip to an agricultural cooperative in Chanthaburi.

Many of the locals needed little help from officials on how to follow the Thai Khufah fanpage. The event helped boost the number of followers.

Security was tight at the cooperative in Makham district yesterday. Only people who had registered to attend the event in advance were allowed in and they had to pass through metal scanners.