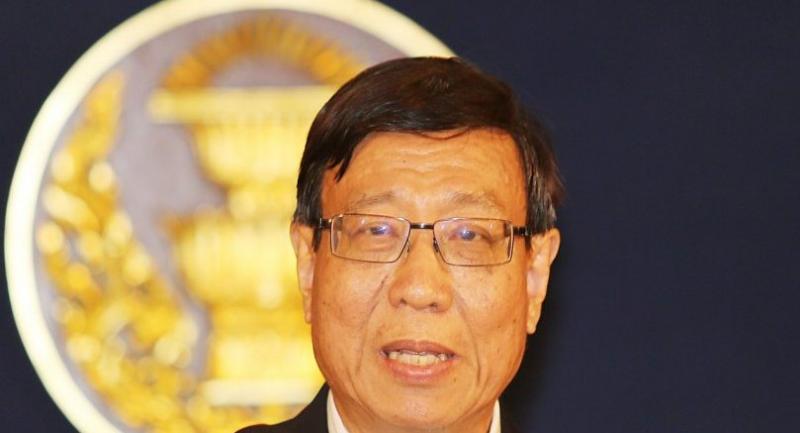 A PETITION by a group of legislators will be submitted to the Constitutional Court on Monday, for a ruling on the constitutionality of the controversial Senate bill, one of the last two bills required to facilitate the next election expected in February next year.

National Legislative Assembly (NLA) President Pornpetch Wichitcholchai said some 30 NLA members had signed up, as required by the charter, to forward the petition through him to the Court. He expected to submit the petition to the Court on Monday.

The petition primarily focuses on the controversial point raised by the Constitution Drafting Commission (CDC), which views the Senate selection from both independent candidates and from professional organisations as contradicting the charter, making it unconstitutional.

Pornpetch said he had no idea whether the court would rule on the whole bill, or just the point raised. If there was any amendment to the bill following a ruling by the court, Pornpetch believed it would still not affect the election road map as an amendment could be passed within 90 days.

Pornpetch said the points concerning the MP election bill raised by the CDC were still debatable, and in the NLA’s view they were not unconstitutional.

The CDC has argued that any assistance provided to the disabled by officials at the polling centre would violate the charter’s stipulation that the election must be held in a direct and secret manner. Those failing to vote should also not be deprived of their right to political office, contrary to what is stipulated in the bill, the CDC noted.

Pornpetch said the most important reason for the NLA members not wanting to put forward the MP election bill was they feared it would affect the election road map. Any objections to the bill’s implementation, Pornpetch pointed out, could be taken to the Court by the damaged parties afterwards.

Pornpetch said the bill would be forwarded to Prime Minister General Prayut Chan-o-cha on Monday, and if anyone petitioned him to forward the bill to the Court for interpretation, it would not be the NLA’s concern anymore.