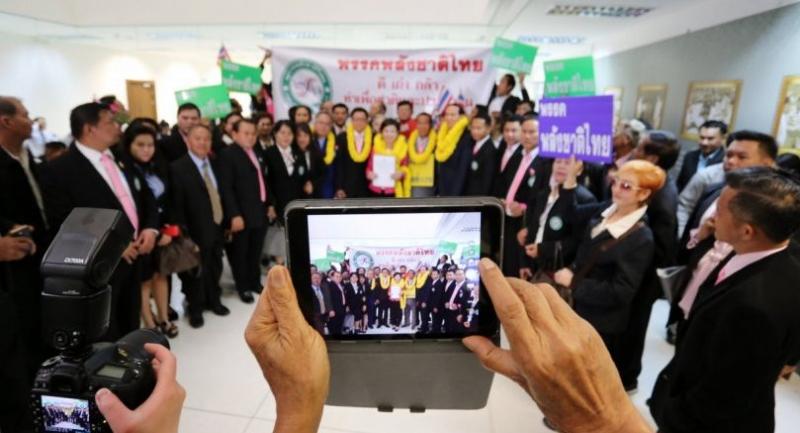 FIFTEEN GROUPS have received initial approval to register as new political parties nearly six weeks after the registration was opened.

Nine groups, not necessarily the same as the 15 groups already mentioned, have received permission from the National Council for Peace and Order (NCPO) to hold an assembly. A total of 30 groups had sought permission, Election Commission (EC) acting secretary-general Pol Colonel Jarungwit Phumma said yesterday.

The official advised that groups needed to be clear and detailed in their request to hold an assembly – including information regarding the venue and schedule – if they expected approval.

The EC, since March 2, has been open for political groups to request registration as a political party. The agency also acts as a medium through which groups could seek permission from the NCPO to hold meetings while the ban on political parties remained in place.

As of April 3, 98 parties have requested to be registered, according to the EC.

An acceptance letter would be sent to successful groups. They could then conduct activities, such as signing up members and collecting membership fees. Unless they succeed in attracting 500 members and Bt1 million in funding within six months of receiving their acceptance letter, their status as a legitimate political party would not get final endorsement.

Jarungwit said the acceptance letter would be issued on a first come first serve basis. Only 15 groups had been approved to form a party due to the extensive scrutiny of the application, including checking qualifications of the founding members, he said.

In a related development, red-shirt leader Nattawut Saikua said that the umbrella group United Front for Democracy against Dictatorship had allowed all its leaders to choose whichever party they wanted to join as the elections approached.

Nattawut’s remark came after the movement of political figures had been reactivated after almost four years of inactivity following the coup.

Nattawut said as long as those parties uphold democratic values and did not support dictatorship, the red-shirt leaders were free to join any of them.