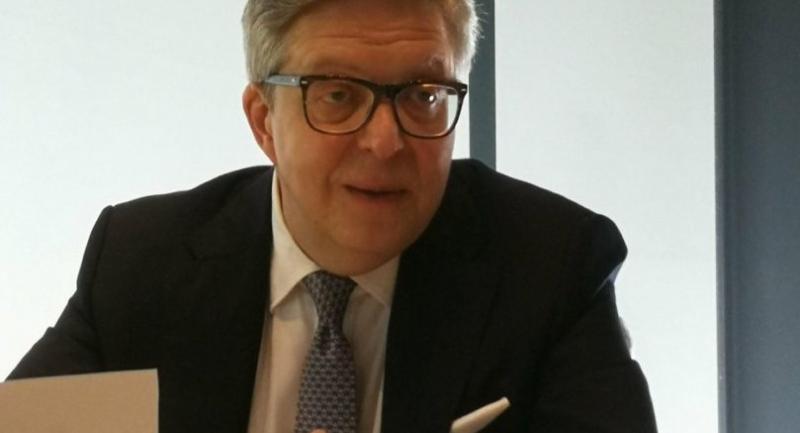 THE European Union delegation to Thailand is optimistic of making a breakthrough in free trade talks with Thailand within four years, under the elected future government.

“Negotiations on an FTA will only be possible with a democratically elected government,” the EU delegation to Thailand ambassador Pirkka Tapiola told reporters. “And I really wish that it can succeed during my term here.”

Tapiola came to the Kingdom last September to serve as envoy with what he called the goal to re-engage with Thailand.

EU-Thailand relations have run into bumps after the 2014 coup. Last December, however, the EU decided to resume political contacts with Thailand following developments, including PM General Prayut Chan-o-cha’s promise to hold elections by November this year.

Tapiola took the promise as an encouraging sign to re-engage, saying he would not “predict too far” on further election delays or any post-election scenario that allows a prolonged stay of the ruling junta.

Lecturing to foreign countries is not the “EU style”, the envoy said.

“EU countries have been through so much, so many centuries of wars and coups. Afterwards, we realised that the rule of law and democracy can make you more resilient to outsiders,” he said. “We just think the mistakes we made should never happen again.”

Eager to step up ties with Thailand, Tapiola said he had been observing developments in Thailand including adoption of the 2017 Constitution, abolishing of the military court against civilians and almost a decade without executions for criminal offences.

These would pave the way for FTA negotiations, which were first launched four years ago, he said.

If successful, the FTA would cover several topics including tariffs and non-tariff barriers, which would much likely enable more trade flows between EU and Thailand.

The EU is Thailand’s third-biggest trade partner after China and Japan. Thailand is also the EU’s third-largest trading partner in Asean

Key exports from Thailand are machinery and electronics and transport equipment, miscellaneous manufactured articles, as well as food products.

Seafood product exports, however, ran into trouble as the EU got tough on irregular, unreported and unregulated fishing, which have hindered fishing industries in Thailand, particularly due to labour abuses and excessive fishing.