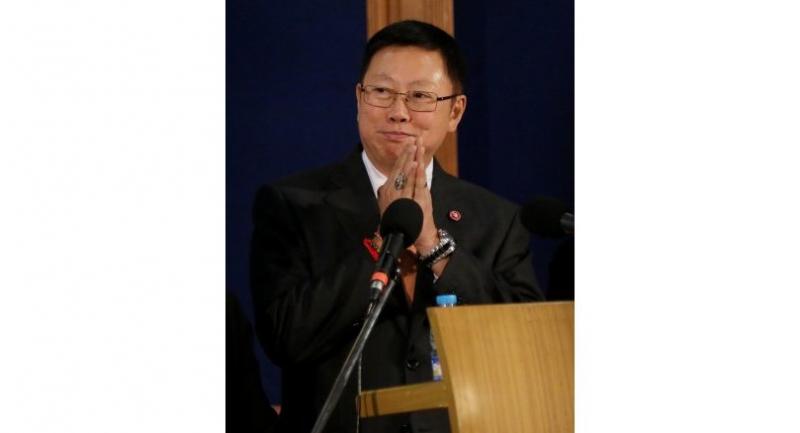 BORWORNSAK SAYS FOR THE IMPLEMENTATION PROCESS TO |CONTINUE, PRAYUT WILL HAVE TO RETURN AS PM AFTER ELECTION

AFTER four full years of reforms before an election as the dominant theme, and the appointment and dissolution of two major reform assemblies as well as countless committees, legal expert and former constitution drafter Borwornsak Uwaano admits that all there is to show are lengthy plans while implementation and success remain a long way off.

Having worked for the junta previously as the chief of the defunct Constitution Drafting Committee and currently as the head of the law reform committee, Borwornsak said in an interview last week that he was tired and “could not see if, how, and when the reforms would end”.

“Previously, they appointed the National Reform Council, which has been dissolved and replaced by the National Reform Steering Assembly. That again was scrapped and now we have 11 reform committees covering 11 different fields,” he said. “And all they have is plans, plans, and plans.”

The implementation of those plans, Borwornsak said, was left to the operating government bodies. The practice should be common except this is a reform, and there is no way those bodies would take the plans and agree to reform themselves, he explained.

“So, this is not easy to achieve. It’s like you let the contractor review the construction work. Of course, they’ll say everything is perfect and no corrections or reforms are needed,” Borwornsak said. “They won’t come up with any new legislation or give up old ones. Why would they do that when the legislation already gives them power?”

But the reform is the principal task of the coup-installed regime. Four years ago when the National Council for Peace and Order (NCPO) took control after staging a coup, it promised to deliver meaningful reforms before restoring the country to democratic rule.

Today, critics, including those who called for reforms during the demonstrations that led to the coup, are already criticising the NCPO as having failed in its mission. Now, the minister attached to the Prime Minister’s Office, Kobsak Pootrakul, has been assigned to accelerate |the process, Borwornsak said. He would take any prime and urgent agendas and make things happen, he said.

However, the law reformer and charter writer went on to say that perhaps the reform would be endless not only because the past four years have yielded nothing except plans, but also the matter has been assigned in the Constitution.

“Reform is addressed in the permanent clause of the Constitution. This means that the process must go on and on so long as the Constitution stays. But in reality, we can’t keep reforming endlessly.”

But as the restoration of democracy and the dissolution of the current regime are drawing closer with an election scheduled for February next year, Borwornsak also foresees an unpleasant future for reforms and its parent scheme – the 20-year national strategy – if the next government is from the anti-coup camp with leaders like Thanathorn Juangroonruangkit of Future Forward, Sudarat Kayuraphan of Pheu Thai or Abhisit Vejjajiva of the Democrat Party.

Only if the junta head General Prayut Chan-o-cha retains power and continues as premier would the reforms be carried out smoothly, he said.

“Surely, the reforms and the national strategy will be targeted by the elected government. But because the matters are prescribed in the Constitution and it takes a lot to amend it, any changes to the reform and the strategy will not be easy to make,” Borwornsak said.

“So, the reform will go on regardless of the change of the government. But ‘how’ is a more important question,” he added. “Will it go on but with lots of conflicts or will it go on with consensus and lead to a happy ending?”