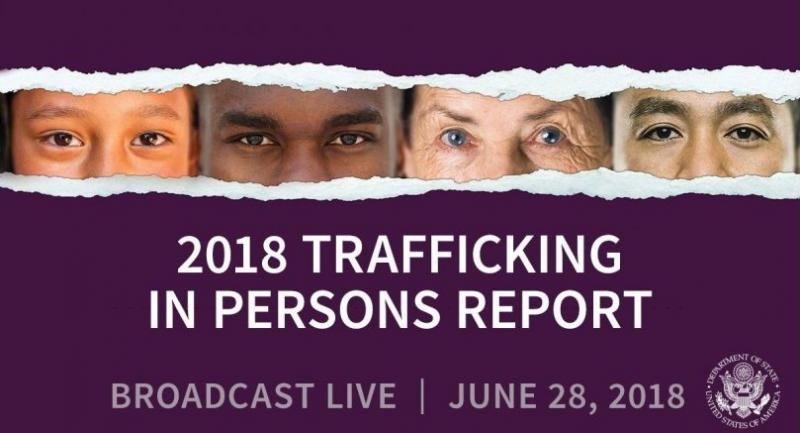 IT TOOK A WHILE, but Thailand has climbed to an eight-year high, earning a Tier 2 ranking in the latest US Trafficking in Person (TIP) report launched by the US State Department.

While many are heartened by the Thai government’s success, a labour rights advocate notes that there is still room for improvement, especially concerning corruption and the victim screening process.

The annual report, released on Thursday in Washington, said that the Thai government had demonstrated increased efforts to address slavery and human trafficking.

Increased prosecutions, convictions of traffickers and a decrease in prosecution time for trafficking cases through the use of a specialised anti-trafficking law enforcement division were positively cited in the report.

Authorities also increased the number of investigations of suspected official complicity in trafficking crimes and had convicted 12 complicit officials in 2017, including 11 officials involved in the trafficking of Rohingya migrants, the report added.

Top officers such as PM General Prayut Chan-o-cha, his deputy and Defence Minister General Prawit Wongsuwan and Foreign Minister Don Pramudwinai were all hailed for the latest ranking, a boost from the Tier 2 Watchlist the Kingdom received from 2016 and 2017 reports.

Thailand was downgraded to the lowest Tier 3 in the 2014 and 2015 reports, which were launched during the first two years of the junta rule. “We thank the US for seeing the Thai government’s determination to solve human trafficking. As Thailand will chair Asean next year, we will bring anti-human trafficking issues to be more tangible in Asean region,” Prayut said as quoted by Assistant Government Spokesperson Colonel Athisit Chainuwat.

The Foreign Ministry statement said: “Thailand remains deeply engaged in strengthening cooperation and partnership with all stakeholders in a whole-of-society approach, and will continue to work closely with concerned international organisations and various countries, including the US, in our ongoing attempt to end trafficking in persons.”

The US Ambassador to Thailand Glyn Davies said that the report “is aware of the continual determination of Thailand against human trafficking”, adding that the two countries share ongoing cooperation on efforts to end human trafficking.

“I hope that Thailand can now free itself from illegal, unreported and unregulated fishing” that is a big concern of the European Union, an important seafood customer, Poj said.

Sompong Srakaew, founder of the Labour Rights Promotion Network said the tier promotion was no surprise given the increased governmental cooperation with the relevant NGOs as well as the creation of a fast-track law force.

“However, the victim screening process, corruption and brokers in trafficking circles are still underrated in the trafficking combating equation,” said Sompong, who was awarded TIP hero status by the State Department in 2008.

“In future, we should look ahead to a new mechanism that can engage actors further down the chain in finding the solution,” he said. “We also have to weigh in human rights as much as law enforcement.”

Tags:
US Trafficking in Person (TIP) report Thailand Tier 2 ranking US State Department US rewards Thailand Thailand for Thailand has