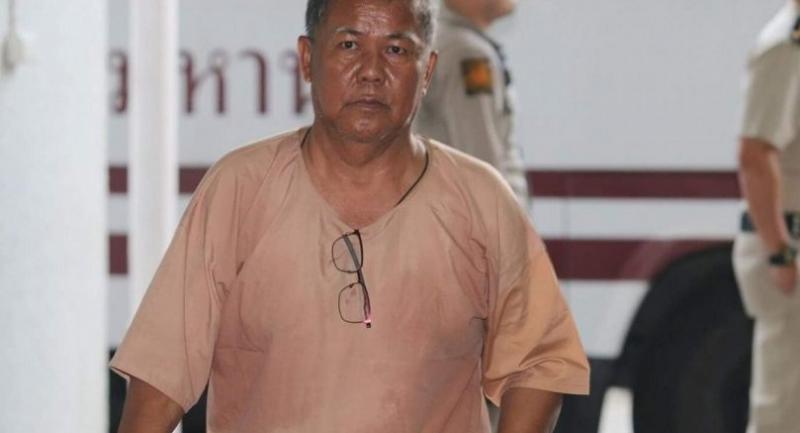 Red-shirt leader Kwanchai Praipana was released from jail on Friday after serving a two-year term for leading physical assaults on rival yellow-shirt protesters in 2008.

Kwanchai, whose real surname is Sarakham, was greeted by a large group of supporters and fellow red-shirt leaders, at his radio station Chomrom Kon Rak Udon in Udon Thani.

Kwanchai, 64, told his well-wishers that he was released from Udon Thani’s provincial prison shortly after 5am. He said normally convicts are released at about 9am.

He claimed the prison released him hours earlier than normal because it did not want a large gathering of his supporters to welcome him.

Kwanchai, a key red-shirt figure in the northeast, said on Friday that he felt happy to be reunited with his supporters again. He said that he would now have to focus on recovering from the assault-rifle attack on him in January 2014.

“Luckily, I didn’t suffer any serious illness while in jail. I only got some common colds,” he said.

In May 2016, the Supreme Court sentenced Kwanchai in absentia to two years in jail for masterminding the attacks on yellow-shirt protesters rallying against the Samak Sundaravej government at a public park in Udon Thani in July 2008. The administration was backed by the red shirts.

Kwanchai had jumped his bail before the verdict was issued. In July that year, he turned himself in before being sent to in Udon Thani prison.