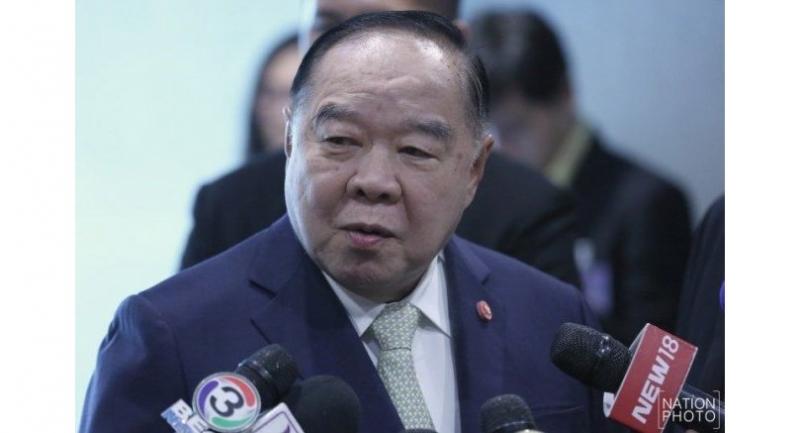 THE MOBILE Cabinet would not meet with any local politicians in the northeastern provinces of Ubon Ratchathani and Amnat Charoen next week, two deputy prime ministers said amid media reports of the junta stealing former MPs from traditional political parties.

On previous tours, the Cabinet has always been seen meeting with local community leaders and politicians, leading to criticism that it was exploiting the trips to make political deals ahead of the election. This time such meetings have been removed from the agenda.

Junta number two General Prawit Wongsuwan, however, has rejected any suggestion that the change is a move to avoid criticism. “We’re not avoiding it. If they want or do not want to meet, so be it,” he said. “It’s not about the agenda. Every time we met them because they had asked for it. But this time, I don’t know. But not that I know of.”

Deputy PM Wissanu Krea-ngam, in a separate interview, said that no meetings with local leaders were listed in the agendas but declined any knowledge of the reason behind the change.

Wissanu, however, said that the government would again be targeted by media criticism if there were meetings.

He went on to say that politics has two parts – public administration and power politics.

He said the government went on the excursion for the sake of public administration. Some government members might make a deal during the trip but it was a private matter, he added.

“So, we cannot say it’s the government [playing power politics]. The issue is just that we have overlapping personnel here. So, it is a common issue that they meet with criticism, like [claims] that they are campaigning for the election, or are questioned whether they [should] do that when working.”

Wissanu said it was true that the government had spoken to local leaders and politicians. But this time such talks were not included in the agenda.

That could be because the talks had not been fruitful in terms of finding solutions to issues facing the local people, he said.