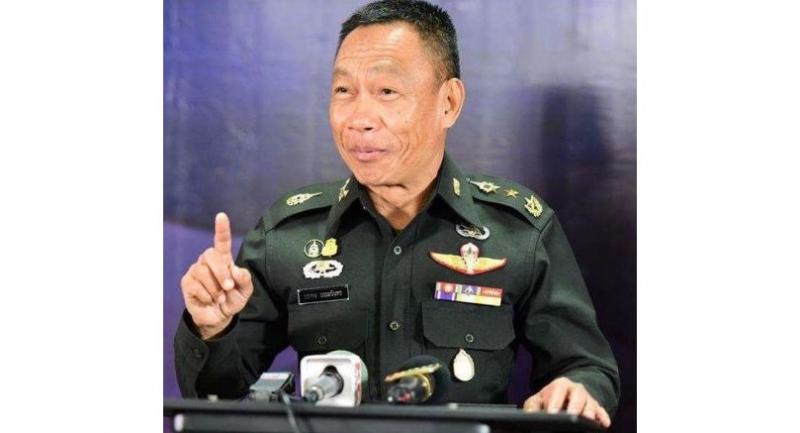 The commander of the Second Army Area on Wednesday dismissed a claim by a pro-junta political group that he gave them “the green light” to woo support in the northeast.

Lt-Gen Thanakorn Thammawinthorn, commander of the area which covers 20 northeastern provinces, said that he did not give the green light to any politicians making moves in the area under his jurisdiction.

A group of veteran politicians called Sam Mit (Three Friends) made the claim recently. They reportedly wooed former MPs in the northeast to join them ahead of the next election. The group is linked to a new political party called Palang Pracharat, which plans to nominate Prime Minister Prayut Chan-o-cha as its PM candidate in the election.

Thanakorn said on Wednesday that those politicians have the right to visit people personally and that no laws have been violated.

He maintained that legal action would be taken if any member of Sam Mit broke the law. “We have officials to monitor political groups,” he said, adding that he had informed the authorities regarding the “untrue claim” about him.

The commander heads the peacekeeping force for the northeast set up after the coup in May 2014.

He said his personal focus was on enforcing the ban on political gatherings of five people or more, which was imposed by the National Council for Peace and Order (NCPO) when it came to power. “We will continue to enforce this prohibition until the NCPO lifts the ban,” he added.

Thanakorn also defended the Second Army Area following a report that one of its high-ranking officers asked politicians to help the junta retain its power. He said that it was a personal matter, as it was likely the officer might have known the politicians personally.

He said leaders of the red shirts, the most powerful political group in the northeast, had cooperated well with the authorities. “They have done no damage and they follow the rules,” he added.

The commander was speaking to reporters at Napalai Hotel in Udon Thani. A gathering was held there as part of the army’s public relations project. It was attended by senior officials and high-ranking officers from the Internal Security Operations Command from the northeastern provinces of Udon Thani, Nong Khai, Bueng Kan and Nakhon Phanom.

Thanakorn said his area had remained peaceful. He expected no serious problems in the run-up to the next election, promised by the junta to be held in February.